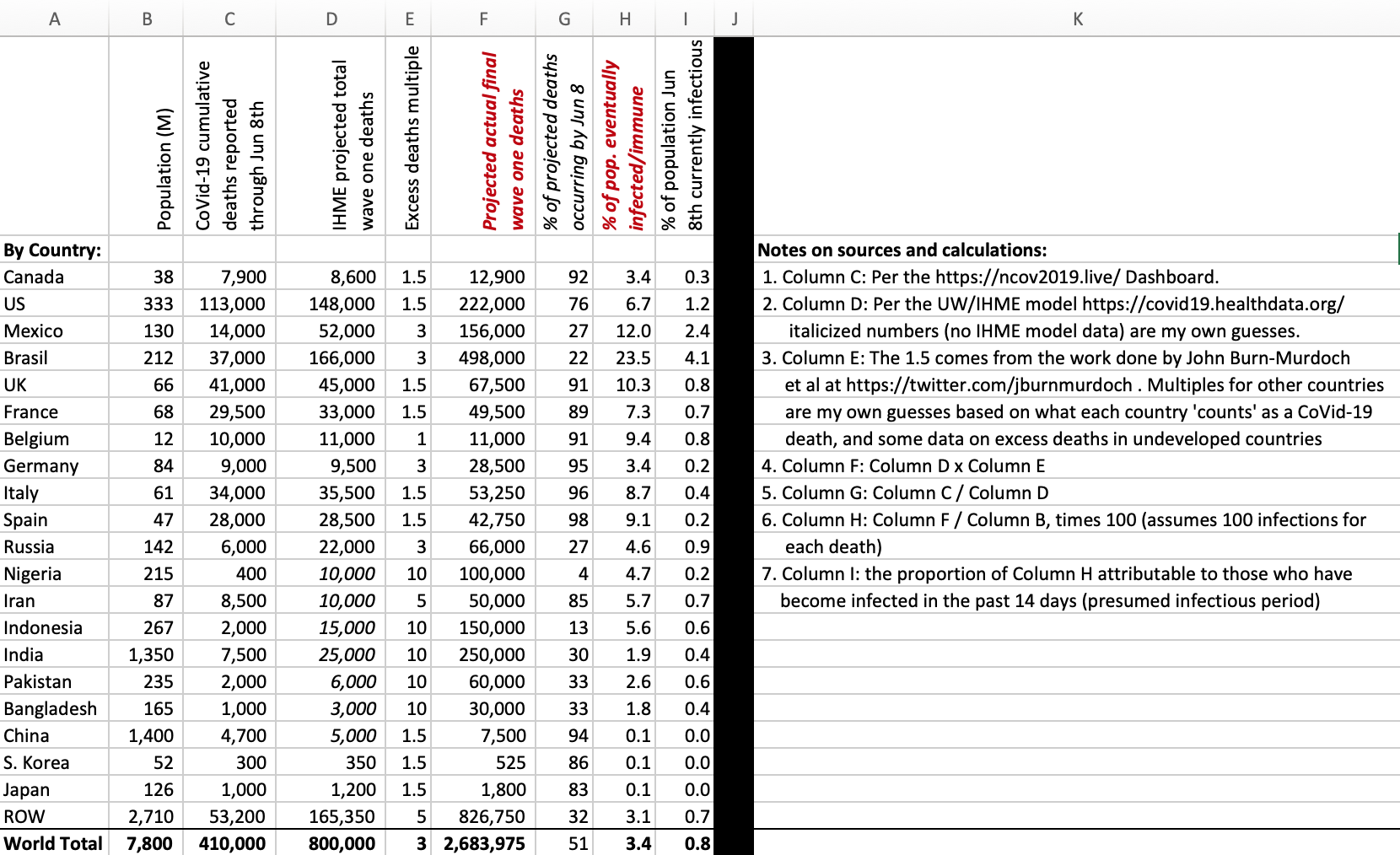 The numbers above are my own second-guessing of published data on CoVid-19 as at June 8th, 2020. For reasons explained below, they may be wildly inaccurate, but they’re my best guesses at this point, based on the sources cited.

This is my eighth and likely final update on what we know and don’t know about the first wave of the CoVid-19 pandemic. Those of us who’ve been following the numbers are getting increasingly disenchanted with the quality of data reporting, and it’s looking as if our wild guesses on how it’s proceeding will only get wilder as the data gets more and more suspect.

Spain, for example, presumably eager to jump-start its collapsed tourist industry, has essentially just stopped reporting new deaths. So has Brasil, a little more blatantly. And even in countries that have tried hard to report accurate data, much of what’s happening now is what in the wooly world of accounting is called “prior period adjustments” — jurisdictions reporting higher cumulative death totals but asserting that almost all the recent deaths actually happened a week or two earlier so there are almost no “new” deaths to report. Of course, given delays in reporting, this seemingly good news will give rise to further restatements a week or two hence, when today’s deaths are likewise revised sharply upwards. This has definitely “smoothed” some of the numbers for past months, but it dramatically understates some of the actual daily death totals for the most recent days, giving unwitting cover to those proclaiming that the risk has passed and that economies should be fully reopened.

Here’s some of what does seem to be true, however:

I got passionate about this when I worked with a group of epidemiologists for a while after the SARS virus emerged. I realized then (and wrote about) how great the danger was and how unprepared we were for it. I wish I’d been wrong. I still think this is just a test run; it could have been, and eventually will be, much much worse. Ready or not.