There Is No Trade-Off 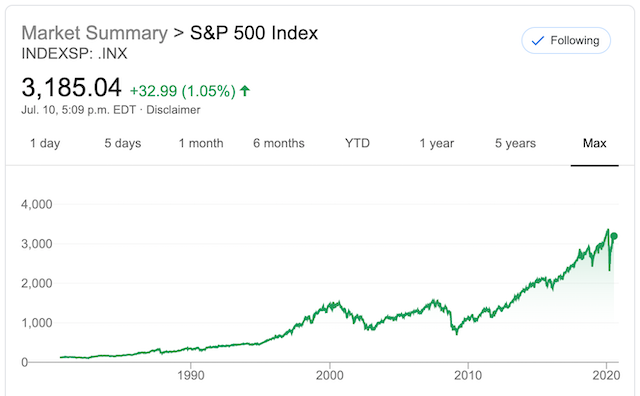 The mainstream and social media, and most politicians and corporations, keep telling us that as long as CoVid-19 is with us we have to find a delicate balance between looking after our collective health (ie saving lives) and salvaging the industrial growth economy that most of us currently depend on for our jobs, income, and the value of our savings.

But there is no such trade-off.

The industrial growth economy that we have come to think of as “normal” is killing our planet, and it is completely unnecessary to the well-being of its citizens, all 7.8B of us. Instead of trying to re-jump-start this ruinous economy, what we should we doing is abolishing it, and replacing it with one that has the health and happiness of us all as its objective.

The steps involved to do this would be seen by most as very radical, but they really aren’t. If there was sufficient collective will, and collective intelligence, we could start by doing these things:

The effect of these changes would be dramatic, even if phased in over a generation. Much of the population would cease working, because they wouldn’t have to, which would drastically reduce commuting, stress (and its commensurate health and social problems), and the need to outsource family duties and activities (like education) to outsiders and institutions. Over time, the current shame and dread over being unemployed would be replaced by pride that one had time to volunteer for the betterment of community and family, and that one was no longer contributing as much to the climate crisis. It could actually lead to the rebirth of real communities.

The value of stocks would plummet, as all the motivation for profit and growth is removed from economic activity; stocks would be worth their book value, nothing more. This would hurt the ultra-rich the most, as most of their wealth is just paper wealth. It would also hurt pensioners, but pension investments are no longer enough for most people to retire on anyway, which is why a guaranteed minimum income for all is so important.

Income and wealth redistribution would also likely dramatically reduce real estate prices and the price of other artificially-scarce goods, as there would be less of the 1%’s “excess money” chasing these goods. We might actually find over time that the guaranteed annual minimum income might be reduced commensurate with a much lower and more reasonable cost of living.

With less desperation, fear, stress and despair, less inequality, and more time for in-community learning and interaction, I’d guess we’d start to see a drop in “crime” and violence in general, more tolerance, and an increasing appreciation of cultural diversity, which could shift our culture from having to address social injustice to ensuring it rarely arises in the first place.

How far such a change might go to reduce climate collapse is harder to say. We’ve already seen clearer skies and emissions dropping as a result of CoVid-19’s forced economic contraction. So a permanent move to economic de-growth certainly wouldn’t hurt, drastically reducing pollution, waste and excessive consumption that currently accrues almost entirely to the 1% or the 10% who have more income and wealth than they know what to do with. We would shift from an economy driven mainly by the hyper-inflated cost of luxury and scarce goods to an economy of sufficiency. I doubt it would be in time to prevent or even significantly mitigate climate collapse. Still, that’s no reason not to try it.

So when I’m confronted by libertarians and evangelical capitalists over my opposition to the reopening of our economy during CoVid-19, I try first and foremost to explain the factual dangers to everyone’s health, short-term and long-term, that this disease potentially presents. And then when they reveal (often through their anger) their real fear and despair over how stuck they are in the status quo industrial growth economy, I try to explain that our economy is just an agreement, one that long ago ceased to serve the purpose of most citizens caught up in it, and one that could be replaced without too much difficulty with one that would.

Most people are, of course, dubious that such a new agreement is possible. After all, they say, this economy has evolved the way it has for a reason. And they’re right in a way: no one can be blamed for the experiment with industrial growth capitalism that seemed so promising in its early days, especially when other economic systems that were tried seemed doomed, often spectacularly, to failure. We are understandably skeptical of economic and social theories, especially those that have never really been put to the test at any scale.

Fortunately, as the industrial growth economy shudders and stumbles, there are more and more who see that it has outlasted its usefulness, and more and more signs that there is a path to a “steady state” economy of sufficiency, equity, and perhaps even happiness.

If we can find that path, the blue skies will be just a bonus.