cartoon by the late Dana Fradon, in The New Yorker, way back in 1976

One of the signs of social collapse is, ironically, the simultaneous emergence of autocratic demagogues and a soaring distrust of perceived ‘leaders’ of all kinds — politicians, CEOs, priests, the mainstream media hegemony, the social media oligopoly, and ‘experts’ in every field. What we’re seeing in many countries now is a complete power vacuum as so-called world leaders whine and yell on social media like spoiled children instead of actually doing anything to improve the lot of citizens struggling with an increasingly desperate and teetering culture. This has the value of rather baldly showing us that no one is really in control, and that if we want things done we’ll have to self-organize and do them ourselves. My sense is that this self-organization in a power vacuum will be a hallmark of the coming decades, and I’ll be writing about it further soon. There couldn’t be a stronger symbolic demonstration of this shift than the large-scale toppling of statues of historical ‘leaders’ who are now seen not as heroes but as symptoms of a systemic and still-present disease that must now, urgently, be abolished — not by new ‘leaders’ but by all of us in self-organizing communities. (Thanks to Alberta Pedroja for the prompt.) 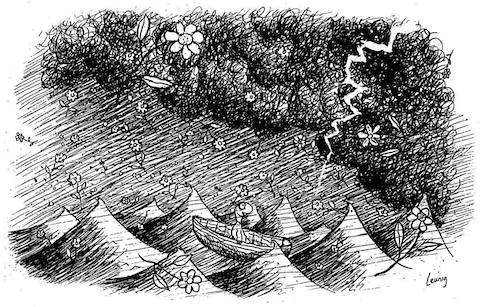 Partying like it’s 2099: David Wallace-Wells explains that arctic temperatures have already reached levels not expected to be reached until 2099, the odds of limiting global average temperature rise to the 2.0ºC limit suggested as “inadequate to prevent runaway climate change” have now dropped to 0.3%, and in some places once-in-500-year extraordinary weather events have now occurred five years in a row. While our attention has been focused elsewhere, runaway climate change has, apparently, already begun.

Next up for our short attention spans: And so we whipsaw our attention from climate collapse to social justice to systemic racism to systemic corruption to systemic misogyny to economic precarity, and then back to pandemics. None of these problems is being addressed, none of them is improving, and all of them are out of control. The salvationists continue to proclaim that we can be saved, by technology, by a wise or hard-nosed elite, by faith, by diligent preparation, or (always the loudest proclamation) by a collective upraising of human consciousness. Ever-hopeful, we humans. Even as, fed by the happiness-promising industrial agricultural machine, we anxiously eat ourselves to death. 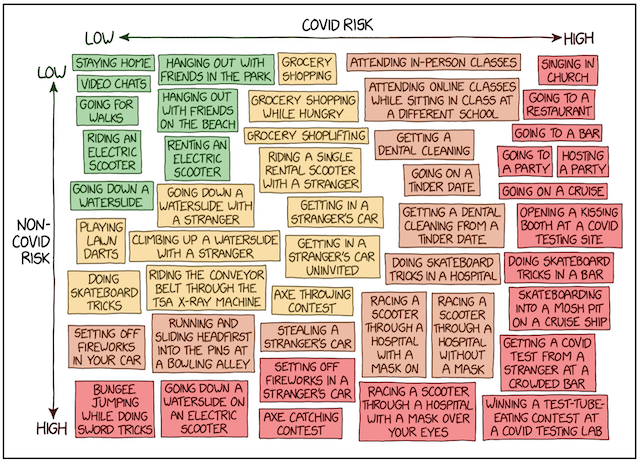 Why racist violence shouldn’t surprise us: Waleed Aly’s moving, eye-opening response to last year’s Christchurch massacre. Even more eye-opening is the torrent of racist responses in the comments.

The difficulty of explaining complex predicaments: Hank Green brilliantly explains why, despite the enormous success and value of the Vlogbrothers’ Explainer video series, they’ve stopped making them because they realize they can’t prevent their own biases from creeping in.

Feminism and CoVid-19: Hawaii’s State Commission on the Status of Women has drafted a feminist recovery plan for the state, including a guaranteed annual income. Hope the politicians implement it. Thanks to Tree Bressen for the link.

Seventeen things that are quite good: The list (it’s an open-edit Google Doc) originated by Vinay Gupta is now 30 items, with discussion. I don’t agree with all of them, but the discussion is great and you’re sure to learn something useful. 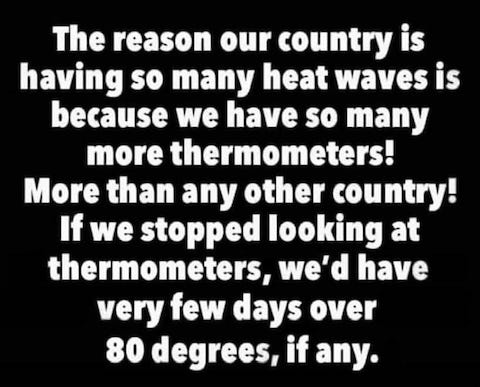 Facebook meme, original source unknown; thanks to Cheryl Long for the link

Just call it White Supremacy: Charles Blow on the language of oppression. “The lulls you experience between explosive revolts of the oppressed should never be mistaken as harmony. They should be taken as rest breaks.” Thanks to Tree Bressen for the link.

Donald Trump, fascist and shiller of beans: Masha Gessen lists the ways in which the shithole president’s behaviour represents unbridled fascism, autocracy, corruption, and abuse of power, and has since his days as a failed real estate speculator. And when he’s not doing that, he’s shilling beans.

Rogue cops in Oregon (thanks to Tree Bressen for the links):

An apology to JK Rowling: The vicious attacks on JK Rowling for her expressed concern that the project of feminism and the needs of WBW are being trampled by an ideological fringe of “identitarian leftists” have been relentless. One writer eloquently apologizes. And now an open letter warning of a larger trend among leftists to ideological closed-mindedness and inflexibility has been likewise assailed for not spouting the rigid leftist party line. A few weeks earlier, satirist Jonathan Pie ripped into this same rigidity in “Woke” culture. We’ve got to stop taking our anger out on each other and redirect it to our common nemeses.

Has Biden been radicalized by CoVid-19 and BLM?: David Wallace-Wells in conversation with Washington governor Jay Inslee, whose climate emergency plan has just been adopted by Biden. Posturing, or shifting ground?

Prisons: Our new privatized, dysfunctional, expensive mental institutions: “In the U.S., people with serious mental illnesses are far more likely to be incarcerated than they are to be treated in a psychiatric hospital — despite the fact that incarceration often makes mentally ill people worse… [And] the foremost thing that I saw over and over again is how much we want people to suffer once they’re held within our jails and prisons.”

“one of these things is not like the others ♫🎶…” — can you guess what’s going to happen NEXT?  — nope, sorry, wrong guess! (the correct answer is — no) — (charts from Atlantic Magazine’s CoVid Tracking Project)

Let’s not forget the cause: Zoonotic transmission of pandemic viruses is directly related to deforestation, habitat loss, and incursion of humans into previously unsettled areas.

Lessons from the Manchurian plague: This 1910 bacterial pneumonic plague cost 60,000 lives, and what we learned from international cooperation to study and end it (including the first use of masks as disease spread preventative) prevented even greater loss of life in the 1918 influenza, and paved the way for much that we do to combat pandemics today. Thanks to Davis Andrews for the link. 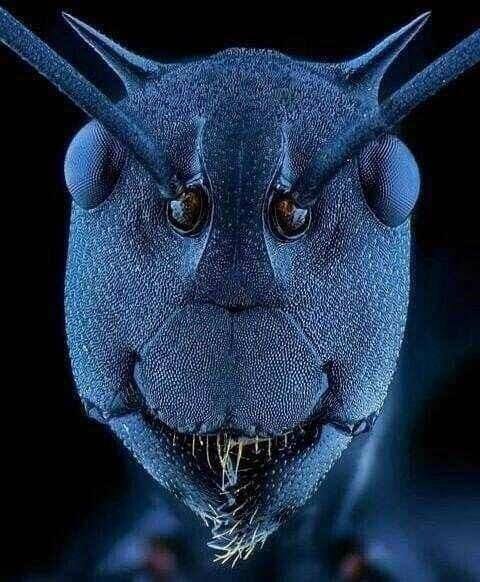 You’ll never shine if you don’t glow: A lovely little video essay on fireflies and vulnerability  from John Green.

Our home on Native land: The title is a take-off on the line “our home and native land” in Canada’s national anthem. The site shows all the indigenous territories Europeans have occupied throughout the world (Brasil is notably missing), and their languages. Thanks to Tree Bressen for the link.

Sy Hersh comes out of seclusion: The eccentric, much-celebrated investigative journalist has broken a long silence since Trump was elected to answer, kind of, the question why he hasn’t been re-energized by the corruption of the Trump regime. Fascinating reading. Thanks to John Whiting for the prompt.

Shari Ulrich’s homage to Canada: The renowned singer, composer and multi-instrumentalist jams with a bunch of my other neighbours in a delightful song she wrote about her adopted home here in BC. And if you’ve ever lost someone to Alzheimers, you’ll probably like her lovely new song The Sweater.

The NYT Manual of Style: There’s a ‘preview’ version of the first 130 pages (words starting with A-F) of this classic 350-page reference. If you’re a word and writing style geek like me, you’ll probably find it fascinating reading. The contrast in styles to the (free) 25-page Oxford style guide is telling.

Indigenous Americans had contact with Polynesians 800 years ago: New DNA research indicates that by 1200 CE, Polynesians had traveled to and interbred with the indigenous peoples of what are now called Colombia and Ecuador, centuries before colonization by Europeans.

Yes, it’s a satire, I think: Andy Borowitz reports that US Education Secretary Betsy DeVos has promised to protect children from contact with education. And the Onion reports that the FBI has uncovered an Al-Qaida plot to just sit back and watch the US collapse of its own accord. (Thanks to Earl Mardle for the second link.)

The art of Sandra Boynton: The renowned cartoonist-author-composer has produced many fun videos featuring celebrity singers. Some, like When Pigs Fly (feat. Ryan Adams), are animated; others, like End of a Summer Storm (feat. Alison Krauss) are just profoundly moving. And she has the world’s best bio.

The Blessing: This American religious pop song has gone viral and global. Catchy melody, if you can get past the annoying salvationist lyrics, and now with more than 30 covers in many different languages. Pretty suited to CoVid-19 times if you know how to edit music clips together. My favourites are the UK version and the Haitian creole version. Thanks to Tree Bressen for the links.

The story of The Girl From Ipanema: The song is the world’s second most recorded, but it’s not the simple bossa nova song you might think. For music geeks only, Adam Neely provides a fascinating history of the song and the genre, and then breaks down its haunting melody and counterpoint, and its astonishingly innovative harmonies. Much more than meets the ear. 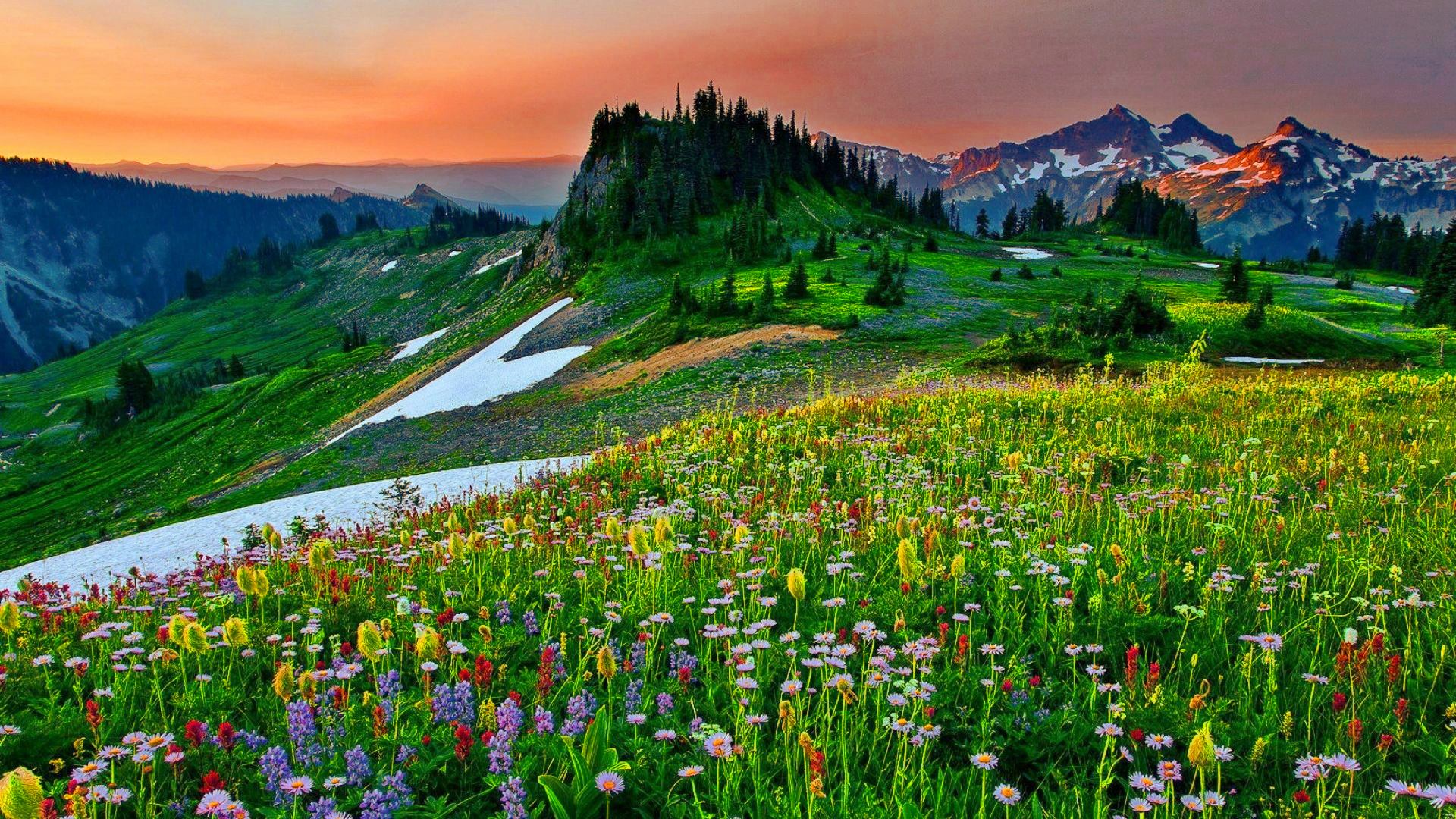 David Bohm on Radical Non-Duality: Long before Tony Parsons & co, David Bohm was channeling Krishnamurti on the self as illusion. He said it much more coherently than Krishnamurti did, but it’s also clear how hard it was, and is, to explain this message. Tony and the other radical non-dualists listed on my sidebar have since developed a vocabulary that makes the message much more intelligible. And of course the message is actually thousands of years old, though it has only been recently stripped of its unnecessary and distracting religious/spiritual trappings.

Some excerpts from a recent conversation between Frank McCaughey and Michael Riley:

[When the illusory self suddenly falls away] the brain at that ‘moment’ cannot cope with seeing everything… [The ‘me’ is all about reaction and] it doesn’t know how to react to this.

It’s not that the self lets go; it’s that everything lets go of the self.

The sense that anything could be other than it is, is gone; not ‘gone away’, just gone.

The falling away of the seeking energy came first and then there was a slow retroactive dawning that what that meant was that the one that was doing that seeking was over. 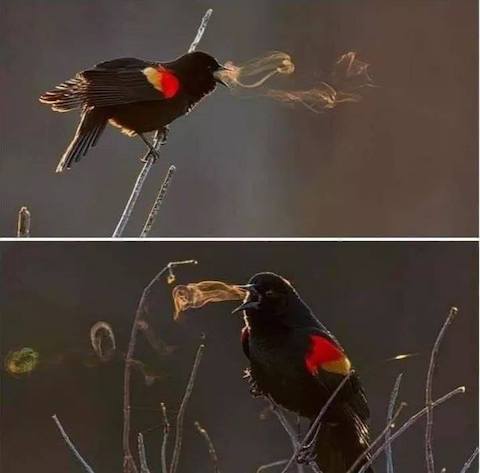 photos by award-winning photog Kathrin Swoboda: “Cold enough to see the melody”; thanks to Earth FB page for the link

I am reminded of a famous contentious interview between Noam Chomsky and British journalist Andrew Marr in which Chomsky derided the false image mainstream journalists have of themselves as “a crusading profession, adversarial, we stand up against power,” saying it’s almost impossible for a good journalist to do so in any meaningful way in the mass media. “How can you know that I’m self-censoring? How can you know that journalists are-” Marr objected.

“I’m not saying you’re self-censoring,” Chomsky replied. “I’m sure you believe everything you’re saying. But what I’m saying is that if you believed something different, you wouldn’t be sitting where you’re sitting.”

From a Black Lives Matter poster, variously attributed (thanks to Tree Bressen for the link):

Treat racism like CoVid-19: Assume you have it. Listen to experts about it. Don’t spread it. Be willing to change your life to end it.