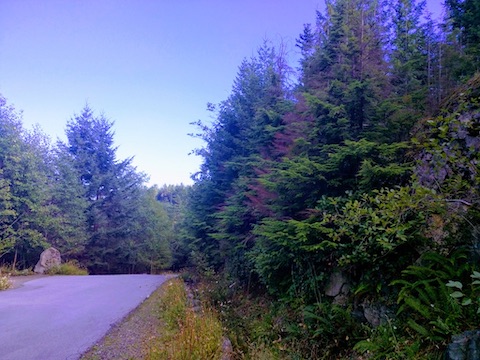 sparrow watches me below watching her

all this complexity, undirected
stunning complicity of countless cells,
looking after each other,
creating more of their kind,
doing what they do
for no reason

no wonder we invented gods to try to explain it all

brain’s job was never to make sense of this,
it was just to convert signals to messages:
food afoot, or danger,
as it’s done for half a billion years

too smart now for its own good
it imagines its models to be real
and imagines, at the centre, a self, me

a delusion, but one
that harms only itself
a tragic misunderstanding, source of
endless unnecessary suffering
dis-ease of confusion and of fear

just (if you look closely, quietly)
a dance of atoms, molecules, cells, strands and fibres
vibrating in such a way
as to seem to take the shape of everything,
a play of light and shadow
with no rules
no roles, no settings, no limits
no beginning and no end

no now, or later
neither here, nor there

no solidity to it, to any of these things
appearing to be separate
when they are not —
least of all me
this ponderous, bedraggled self-invented mess
endlessly grasping at thoughts and feelings
presuming them to be mine,
my responsibility to corral and order,

a ghost sheepdog trying vainly
to herd an oblivious flock

as I, somehow, insanely apart, look on,
desperate to make sense
of what makes no sense, and has no need to,

self-constrained by my own inventions,
finite, limited, quarantined,
self-immiserating, victim
not of my conditioning, but of its denial

but my eyes are closed,
I cannot see what she is pointing me to,
joyously, wings aflutter

I am too lost in the grief of knowing

photo is my own; title is from a poem by Walt Whitman

1 Response to We Contain Multitudes