Can We Change Our Conditioning? 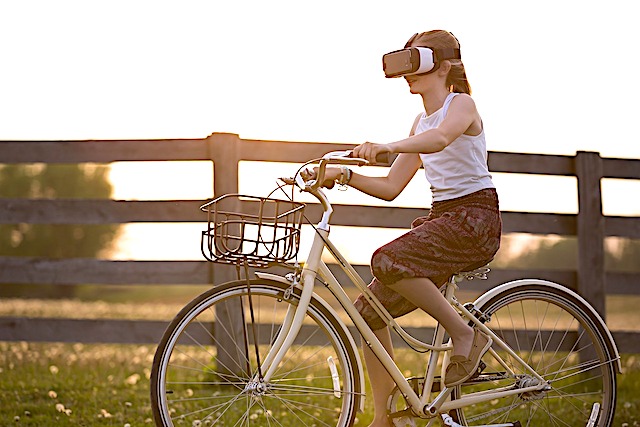 Swayed in part by Melissa Holbrook Pierson’s book about how animals (including humans) are conditioned, I have been writing a lot lately about the fact we have no free will, choice, or control over what the creatures whose bodies we presume to inhabit actually do. Our actions, I now believe, are entirely the result of our biological and cultural conditioning, given the circumstances of the moment.

Yet I am not a determinist. Nothing is predictable. The circumstances of the moment are the product of an infinite number of often-interrelated variables, and what those circumstances will be when our conditioning clicks in we can never know. What’s more, we are constantly culturally re-conditioning each other in ways we can never guess. Something someone said to you yesterday might be just what was needed, at exactly the right time, to make you, today, do X instead of Y, when without it you would have done Y. Just as we can change the behaviour of a beloved pet through positive conditioning, we can change each other’s. We just don’t have any choice about it!

That raises the awkward question of whether, through who and what we expose ourselves to, or whether/how we think about it, we can change our own conditioning. If we can, that would seem to contradict the idea that we have no free will.

So suppose I’m concerned about a phobia or bad habit that I have. I then, apparently, ‘choose’ to read, study, talk to someone, or practice something that, according to others, can effectively deal with the particular excessive fear (driving in bad weather, say) or unhealthy predilection (such as overreacting to unexpected happenings or news items). In taking that action, am I exercising choice?

I think not. When I do this, it’s because I have already been conditioned to have assessed this phobia or habit as unworthy, and already been conditioned to think that some course of action might address it. In different circumstances, or at an earlier time in my life, I might not have even recognized the phobia or habit as a problem, or the people in my life might have conditioned me to believe that such phobias and habits are insoluble so the only solution is just to ‘suck it up’. In that case, my conditioning would not have led me to take any course of action.

And similarly, while my conditioning can be affected by what I read, the ‘decision’ to read more about ways of dealing with phobias and habits is not ‘my’ decision at all, but merely the effect of previous conditioning.

Even the ‘choice’ to become more self-aware of the phobia or habit, and how it manifests in the moment to bring about an unhealthy fearful, angry or upset reaction, is not my ‘choice’. Nor is it my ‘choice’ to move to a place, say, with less bad weather, or to expose myself less to vexing people and more to option-opening experiences and learnings. In each case I was already predisposed by previous conditioning and circumstances to make such changes.

I could try to make the argument that philosophers like Daniel Dennett make about us having a ‘kind of’ free will. (If that stuff interests you, you can read the gist of his ‘compatibilist’ argument in the preface and introduction of his latest book online, using the “look inside” preview here.) But, presumably because of my own conditioning, I now find such arguments pretty much moot, since the reasoning is so qualified and rarified that it endlessly begs the question — do we have any choice over what we do or not?

And, to my astonishment, after a lifetime of answering ‘yes’ to this question, my answer, these days, is an emphatic and unqualified ‘no’.

And so, like biologist-neuroscientist Robert Sopolsky (“It’s insanely difficult for people to accept the extent to which we are biological organisms without agency”), I’ve come to believe that all the systems we have created based on the assumption we have free will (the entire penal system, advertising and PR, the health care system, and the industrial food system, for a start) are fatally flawed and will probably eventually have to be abolished (if and when the conditioning of the majority leads them to acknowledge this necessity).

This creates an horrific level of cognitive dissonance when you try to reconcile what most of us fiercely believe with what this realization implies. Try to tell the victims of a despot, a caste-ist regime, or an auto accident that “No one is to blame”! The very word ‘victim’ implies there was agency resulting in their victimhood.

Robert asserts that it makes sense to incarcerate those whose actions pose a significant threat to others, but only for the safety of others, not as a punishment or deterrent to the perpetrator. But what about the argument that time in prison conditions the imprisoned to avoid future imprisonable acts? As Melissa’s book explains, this argument is flawed for the same reason negative conditioning of pets is so inferior to positive conditioning, and has such a low success rate. But to suggest that the best response to an unhoused person sleeping where it disturbs others, is to offer them housing, not to arrest them and tell them to get a job, is beyond the pale for many. (“They have to take some responsibility themselves.”)

BC’s so-called “progressive” premier recently rejected his senior public health officer’s call to legalize all drugs and provide safe, free usage sites for those addicted to often-deadly street drugs. His argument was that, unlike the smaller numbers dying of CoVid-19 in the province, those dying from poisoned fentanyl were different because they had “made a choice”. In saying this he was, sadly, speaking for the majority of his constituents. When he was told to “walk back” the assertion, because many progressives found it highly offensive, he was clearly flabbergasted — it had never occurred to him otherwise. That is what he had been conditioned to believe. So the carnage from toxic street drugs (and our revolving-door incarceration systems) continues unabated.

And, since so few pet ‘owners’ will read Melissa’s book, compared to the millions who read the cruel, brutal prescriptions by people like the self-proclaimed “dog whisperer”, the majority will continue to abuse their pets instead of encouraging their pets to different behaviour through simpler, less exhausting positive reinforcement. We’re all just acting out our conditioning. We can do nothing else.

But, I hear the humanists saying, there is evidence that we’re at least conditioning each other in more positive ways — look at the drops in most crimes, and in wars (that we hear about), and the sharp decline in barbarities that were once committed unthinkingly by nearly all parents, teachers, law enforcers, prison owners, spouses, and armies.

Ah, the myth of progress. Today, hidden from view and not discussed in the media, we have “white-collar” crimes of stupefying proportions, oppressing most humans and almost all “domesticated” animals. Today, we outsource our wars to other armies, less morally ambivalent than we are, and we equip our soldiers with AI and drones so we have fewer of our own coming back in coffins. Today we intimidate and cow oppressed people, at home and across the world, with threats, arbitrary detentions, officially sanctioned murders, constant surveillance, non-disclosure agreements, and state-approved lies and coverups. They are as effective as, and more discreet than, bombs and nooses.

Still, we will believe what we want to believe. We have no other choice in that, either.

Some people have argued that, if we were to acknowledge the truth that we have no free will, it would lead to anarchy, nihilism and mass suicide. What is the point to life, they argue, if there is no way we can consciously make things better, if nothing we do really matters?

Of course, if it weren’t for our lifelong conditioning, there would not need to be a point. Life would be just accepted for what it is in all its astonishing wonder. Of course, governments and large-scale systems would collapse; they require a subdued, obedient, propagandized (well-conditioned) public to function.

It would certainly be a big change, if we all suddenly realized we have no free will. And very uncomfortable for those with great wealth and power. But for most of us, if we could “un-eat” from the tree of knowledge that taught us, millennia ago, that we have a choice and a responsibility and a duty, and let us see the world for what it really is, my guess is that our world wouldn’t be that different from the world of wild creatures, who have no illusions about free will, and seemingly do just fine without them.

Of course, that’s just a dream. We are far too well culturally conditioned for that to happen on any scale. We could no more see that we have no free will, no choice, no control, no agency or responsibility for anything, than we could see any of the larger illusions on which our now-teetering civilization is built.

But if we paid attention, we might notice that what we’re seeing is actually occurring just a tiny moment before we move the controls.

And if we could get the headgear off, we might also notice that the controls have no lights, no power, no function at all, except illusion.

That’s how powerful our conditioning is. Even if we could somehow rip off the headgear and really see, who would dare tell all the other players, furiously and desperately wielding their controllers to improve their lives, to make the world better, that it was all for nothing, that none of it makes any difference?

1 Response to Can We Change Our Conditioning?