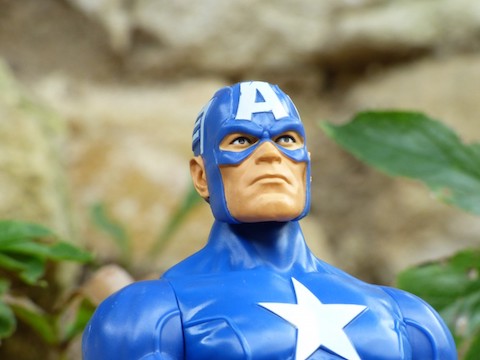 Zeynep Tüfekçi has this amazing capacity to see through complex issues and provide insights that most normal linear thinkers could never imagine. Her solutions to some of our most intractable problems are bold yet obvious: eg make Facebook et al into cooperatives, free from all advertising, corporate funding and profit demands, supported entirely by individual $20/year subscriptions, so that we, not the corporations and politicians, are the customers and owners, not the “product” as we are now. Instead, she says, “we’re building a dystopia just to make people click on ads“.

Her insights on CoVid-19 have been revolutionary, and her persistent fight against some misguided public health orthodoxy, which she’s backed with thorough yet sympathetic research and evidence through her work on CoVid-19’s aerosol vs surface-infection transmission, and the importance of ventilation in controlling its spread) has changed the dialogue and recommendations for addressing the pandemic, and possibly saved thousands of lives.

If that weren’t enough, she’s now throwing light on why most of us are drawn to polarizing, dumbed-down, good-vs-evil narratives (in the media, in political polemics, and in Hollywood and most modern literature).

Much of her thinking on this is being saved for a book, but she’s chatting about it with her subscribers on Insight, her Substack subscribers’ private newsletter, and she launched her thesis with this 2019 public article in Scientific American.

Essentially, she argues, there are two styles of storytelling — the simplistic psychological one, which focuses on the heroic-vs-evil behaviours of individuals, and the much harder, more complex, and educational sociological one, which focuses on a whole culture or group of people, provides context for their behaviours, and eschews judgements in favour of a complex understanding of why groups, and individuals within them, behave in certain ways, none of them categorically good or evil.

So, cop dramas that paint bad guys as irredeemable and the cops as acceptably-flawed heroes, thrive on TV, while shows that take time to develop an appreciation of a whole culture (my favourite was the ensemble cast of Sports Night, but Zeynep in her SA article uses the example of the all-but-last season of Game of Thrones), are much harder to pull off, and take time and viewer patience to develop. For lazy scriptwriters, it’s a no-brainer. The cartoonish characters’ costumes are often even colour-coded for the especially-dense reader/viewer.

It’s the same in narratives in the news. It’s easier to believe in a good-guys-vs-bad-guys explanation for CoVid-19 — an evil or inept manufacture in a lab in a country we are being endlessly propagandized to hate — rather than the much more logical explanation that it occurred the same way way every other pandemic in the past century occurred — by a zoonotic species jump. It’s easier to believe in Trump as the deranged maniac and Biden as the white knight, than to accept the very complicated reasons why the US is sliding inexorably into fear-based collective xenophobia and fascism, and Biden is neither capable nor particularly interested in doing anything about it.

It’s also part of the reason we don’t get any serious reporting about the genocides in Yemen or Tigray, or about climate change — these complex issues don’t have any clear heroes or villains, and they aren’t about individual accomplishments. Tell us a story about one specific victim or perpetrator, no matter how trivial or merely symbolic, and you might get our attention.

It all comes down to what we want to believe, and most of us want to believe in heroes and villains, in simple fixes, and in hope for a better future. Pandering politicians and writers are all too happy to oblige. It makes their job binary, and simple. The only victim is the truth.

Zeynep urges us, as thinkers, as writers, and as scientists, to prefer sociological narratives to psychological ones. To accept that we’re all doing our best, and to understand why those doing seemingly awful things are doing them. To seek to appreciate rather than rushing to judge.

Whether we tell our stories primarily from a sociological or psychological point of view has great consequences for how we deal with our world and the problems we encounter… Our inability to understand and tell sociological stories is one of the key reasons we’re struggling with how to respond to the historic… transitions we’re currently experiencing… Hollywood does not have the right tools for sociological stories, nor do they even seem to understand the job…

In sociological storytelling, the characters have personal stories and agency, of course, but those are also greatly shaped by institutions and events around them. The incentives for characters’ behavior come noticeably from these external forces, too, and even strongly influence their inner life. People fit their internal narrative to align with their incentives, justifying and rationalizing their behavior along the way. (Thus the famous Upton Sinclair quip: “It is difficult to get a man to understand something when his salary depends upon his not understanding it.”)… If we can better understand how and why characters make their choices, we can also think about how to structure our world that encourages better choices for everyone.

My (unusual) passion and appreciation for complexity, and my preference as a result for sociological narratives over psychological ones, has, I think, allowed me to appreciate that, as I now keep saying, We’re all doing our best. It’s enabled me to overcome my entrained opposition to the idea that we’re the products of our biological and cultural conditioning, devoid of free choice. That’s a liberating understanding.

And I finally understand what’s at the heart of my revulsion to almost all modern TV and film “entertainment” programming, and almost all fiction — it manipulates us by dumbing us down to think in terms of simplistic psychological causes for everything, and hence insults our intelligence. The same goes for almost all “editorial” writing in the media, a large proportion of absurdly-oversimplified sound-byte “news reporting”, and the gazillion mindless “likes” and “retweets” this useless, polarizing, dangerous story-telling produces.

Tell me a story, by all means, but if your story doesn’t tell me, in compelling detail, what motivated all of the people in the story’s arc to do what they did, don’t expect me to believe it. I’ll keep reading until I discover the real story.

And please don’t insult my intelligence by ascribing everything that happened to one individual’s unhappy childhood, or one individual’s heroic interventions. I outgrew comic book narratives a half-century ago. All the devils we’ve demonized throughout history were, like the heroes we idolize, just standing on the shoulders of giants, and the shoulders of other complex creatures of all sizes and descriptions who, for reasons we would best start to try to understand, were ready, willing and able to give them the boost they needed to do “their best”.

Though it’s a lot more work to uncover and tell that story honestly and in all its complexity, that’s a story worth paying attention to. That’s the kind of story that informs Zeynep’s understanding of complex situations, and inspires the insights that stem from it.

5 Responses to No More Heroes: Sociological vs Psychological Stories