10 Reasons the US Should Split Up 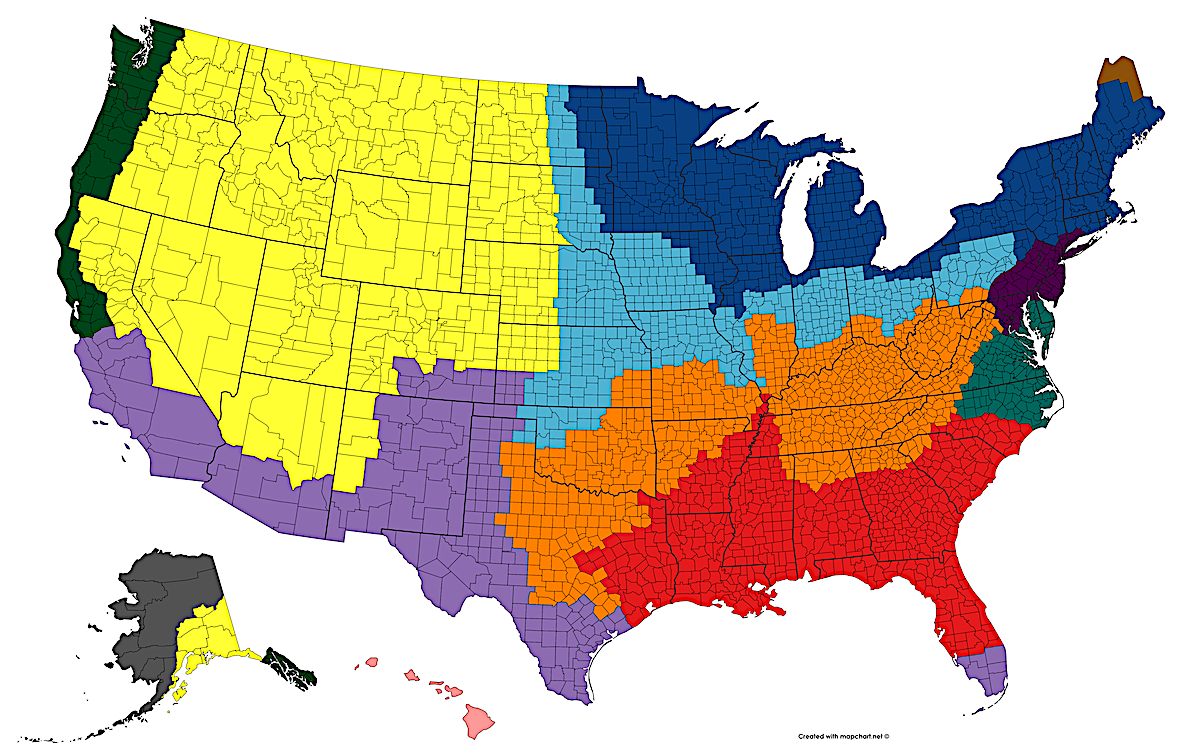 Our Southern neighbours have been in a civil war — words, angry demonstrations, skirmishes, polarization, new hate laws and repression tactics etc — being played out mostly in the media, for years now, inflamed by the deranged ex-president and rapidly accelerating in tone and tactics.

The last civil war ended in horrific bloodshed, and, like most wars, resolved little if anything. It didn’t end de facto slavery, racism or any of the other issues it was supposedly fought over. It didn’t end the resentment among the secessionists. Had the southern states seceded successfully, as the last developed nation to allow slavery, it would have been so ostracized by the global community it would have eventually had to ban the outrageous and inhuman practice anyway. And it would have suffered such a massive brain drain that it would have evolved to be just another warm-climate banana republic. Kind of what, outside its big cities, it has actually become.

Scotland, infuriated by Brexit and the patronizing English, are readying for another independence referendum, though their English overlords are so far prohibiting it. Northern Ireland is again in turmoil over its status as an anachronistic English enclave in the Disunited Kingdom. Belgium may soon be two nations, while Québec, which nearly succeeded in its last independence referendum, seems to have backed off from the idea for now.

What is it about a country’s breakup that so often leads to hostility and war? The Soviet Union collapsed only because it became too large and unwieldy to afford to keep together. And even now it’s fighting wars to keep some of the remaining ‘republics’ in its federation from seceding. China is desperately trying to ‘re-educate’ the people in its outposts to prohibit and undermine their aspirations for independence.

It’s easy to say that opposition to independence is all about money and resources — lost cheap labour, oil, minerals, cropland. But my sense is it’s more about nationalistic pride than anything. Like in a marriage breakup, it seems to be taken as an admission of failure (the reason why many religions prohibit divorce) rather than a simple acknowledgement that the relationship just wasn’t working for one or both parties anymore. Any kind of divorce or secession is, of course, expensive and time-consuming, another reason to deny the obvious signs it’s time to move on independently.

As a Canadian, I can see few reasons for the Disunited States of America to stay as a single nation, and lots of good reasons for it to break up, the sooner the better. Here are ten of them:

I’m not saying the map above is the best, or even a viable, way of breaking up the US. It’s just an illustration. As a Canadian who’s lived across the country, the five ‘nations’ touching the Canadian border line up well with the sensibilities of Canadians I know in the adjacent Canadian areas, so this map isn’t totally out to lunch. But with an appropriate citizen consultation process, I really think the break-up of the US in some way or another would be a good thing for all concerned. Easy for me to say. If it actually happens, it will more likely be because of bankruptcy, like the Soviet Union and the British Empire, than through civil war or negotiated breakup. Still, interesting to think about.

7 Responses to 10 Reasons the US Should Split Up