The End of the Common Good 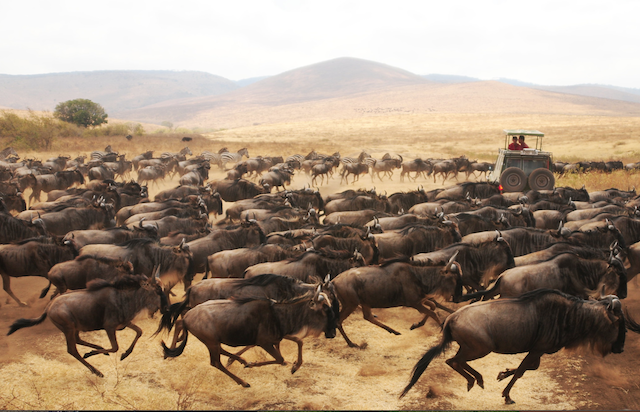 Anita Sreedhar and Anand Gopal, a doctor and a journalist, have been researching vaccine hesitancy for decades. In a recent NYT article they offered this remarkable perspective on it:

Over the past four decades, governments have slashed budgets and privatized basic services. This has two important consequences for public health. First, people are unlikely to trust institutions that do little for them. And second, public health is no longer viewed as a collective endeavor, based on the principle of social solidarity and mutual obligation. People are conditioned to believe they’re on their own and responsible only for themselves. That means an important source of vaccine hesitancy is the erosion of the idea of a common good.

One of the most striking examples of this transformation is in the United States, where anti-vaccination attitudes have been growing for decades. For Covid-19, commentators have chalked up vaccine distrust to everything from online misinformation campaigns, to our tribal political culture, to a fear of needles. Race has been highlighted in particular: In the early months of the vaccine rollout, white Americans were twice as likely as Black Americans to get vaccinated. Dr. Anthony Fauci pointed to the long shadow of racism on our country’s medical institutions, like the notorious Tuskegee syphilis trials, while others emphasized the negative experiences of Black and Latinos in the examination room. These views are not wrong; compared to white Americans, communities of color do experience the American health care system differently. But a closer look at the data reveals a more complicated picture.

Since the spring, when most American adults became eligible for Covid vaccines, the racial gap in vaccination rates between Black and white people has been halved. In September, a national survey found that vaccination rates among Black and white Americans were almost identical. Other surveys have determined that a much more significant factor was college attendance: Those without a college degree were the most likely to go unvaccinated.

Education is a reliable predictor of socioeconomic status, and other studies have similarly found a link between income and vaccination. An analysis in June of census tract data in Michigan showed, for example, that vaccination rates in the heavily Black neighborhoods of Saginaw County were below 35 percent, and the rates in nearby poor white areas were not much different. Voters who identify as Democrats are much more likely than Republicans to get vaccinated, but, according to the Michigan data, this gap also disappears when accounting for income and education. It turns out that the real vaccination divide is class.

So if we really have to find a villain to blame for vaccine hesitancy, we might want to look at the forces that create and sustain the class, or caste, divides. The obvious candidate would be capitalism, that enables and encourages obscene inequality of wealth and power, that blames its victims for the problems it creates, that perpetuates deliberate falsehoods to sell us stuff, that pits us mercilessly as consumers of products and political beliefs against each other, and that in general profits most from creating misinformation, disinformation, fear and distrust, and then selling us remedies for it.

There is, of course, no such thing as capitalism — it’s merely a label we put on aspects of our dysfunctional and devolving economic and political systems to try to make sense of what’s wrong (or right) with them. All the systems and -isms we imagine are just our attempt to make sense of the apparent patterns in the behaviour of 7.8B bewildered humans. We’re all doing our best, and no one is to blame. What we call disaster capitalism is just a description of what that collective behaviour has brought us to.

We believe what we want to believe, and the facts be damned. That is how we cope, how we make meaning, how we organize our thoughts to be able, we hope, to function in this dizzying, fragmented, collapsing civilization. And it also helps us get along with those in our circles, ie the others in our class, or to use Isabel Wilkerson’s more robust term, our caste, when we believe the same things they do.

What Anita and Anand are asserting is that that leads us to align our beliefs with theirs. The loss of collective trust in governments and institutions makes it easier to do that, since we and the rest of our caste can comfortably ignore what health professionals and scientists are saying, when it doesn’t align with what our caste believes. We need to believe something, and we all need the support of our peeps.

This is not about class war, although it has all the trappings of one. Civilization has damaged, traumatized, and left us all deeply skeptical of everything we hear, no matter what caste(s) we belong to. That is not to say that civilization isn’t inequitable, racist, sexist, and more brutal to some castes than others. The ship is sinking, we’ve burned all the lifeboats, and the fact that each caste is heading for the exits designated for that caste, will make no difference to the final outcomes. Those in the lower steerage areas will, of course, go sooner and more terribly than those on the upper decks rearranging the deck chairs in the belief a bit more consultation will come up with magical solutions to save them. Those on the upper decks have, of course, locked the stairwells and elevators to prevent those in the lower castes from moving higher. Those in the lower castes are ramming the barricades, outraged. Meanwhile, the bulkheads have been breached by the sea, and those in the bottom half of the ship are already gasping for breath.

We have created a global civilization (with the best of collective intentions) that is enormously fragile (efficiency is cheaper and faster than effectiveness), and it has no resiliency. It has grown to such enormous scale that no one controls, or can control, any of it, as hard as those with wealth and power might try. It cannot possibly hope to contend with global pandemics, especially with trust across castes at its nadir. For the same reasons it cannot hope to contend with the accelerating ecological collapse and economic collapse that will soon be the undoing of all of us and everything we have created.

A friend recently pointed out to me that, statistically, every person who has declined to get a vaccine since they have become available has, directly or indirectly, produced an average of 30-50 more infections, one of which will, on average, require hospitalization. One of every six thus hospitalized will die of the disease. The unvaccinated, he said, have blood on their hands. And about ten of the 30-50 needlessly infected will suffer with Long CoVid.

I understand his position, but he completely misunderstands the lessons that Anita and Anand are trying to convey. The facts (and statistics) don’t matter —  not because ‘some people’ are willfully ignorant or in denial about them, but because our culture has destroyed our trust in knowing with any confidence which facts are true and which are false. So we retreat to accepting the beliefs of those in our caste(s), and ignoring those of other castes when they hold something different.

This is human conditioning. We have evolved this way. When the facts are in doubt, we follow the herd. I watch this all the time in the behaviour of birds and deer, and there is no reason to believe we are any different. Our actions, and beliefs, are the products of our conditioning.

This propensity makes us even more bewildered when it comes to questions of “what can/should I do personally?” For wild creatures this is not an issue, but for us self-afflicted humans it is something most of are conditioned to take seriously. What difference do personal actions make? Followers of the Jevons Paradox know that buying a more fuel-efficient car will likely lead to increased use of the vehicle, so that fuel use actually increases. We know that flying is ecologically disastrous, but what difference does it make if that flight takes off with one more empty seat?

If I decide not to have any children, to avoid exponentially increasing my, and my descendants’, carbon footprint, the resources they would otherwise have consumed will simply be taken by someone else and their descendants, surely? The logic is false, but it doesn’t matter. As long as my caste is flying in airplanes (and getting upset if I refuse to), and having children (and getting upset if I urge them not to), we will all keep following the herd. That’s our conditioning, and until the planes are all grounded and until having a child is obviously condemning it to a ghastly life and early death, we will continue to do so. Then we’ll be reconditioned, by our caste (not by our politicians or the media) to behave differently.

As for the next pandemic, or the potential of omicron to essentially restart this one, the die is now cast. Those who trust the science, and the scientists, will mostly live, though the constraints on their lives will be much more severe, and their situation much more precarious, because next time even fewer will get vaccinated. Those who don’t trust the science, or the scientists, or those who employ them, for perfectly understandable reasons, will make the last two years under CoVid-19 look like a picnic. Our civilization can simply no longer cope with global crises — the trust needed to respond quickly and unanimously has been lost, if it ever really existed at all. And no one is to blame. This is what collapse looks like.

8 Responses to The End of the Common Good