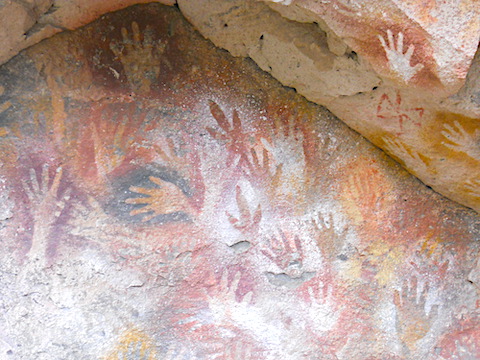 artwork from the Cave of Hands, Argentina ~7500 BCE, image from wikipedia, in the public domain

In reality, the crisis [of CoVid-19 is] waking from a dream, a confrontation with the actual reality of human life, which is that we are a collection of fragile beings taking care of one another, and that those who do the lion’s share of this care work that keeps us alive are overtaxed, underpaid, and daily humiliated, and that a very large proportion of the population don’t do anything at all but spin fantasies, extract rents, and generally get in the way of those who are making, fixing, moving, and transporting things, or tending to the needs of other living beings. It is imperative that we not slip back into a reality where all this makes some sort of inexplicable sense, the way senseless things so often do in dreams. 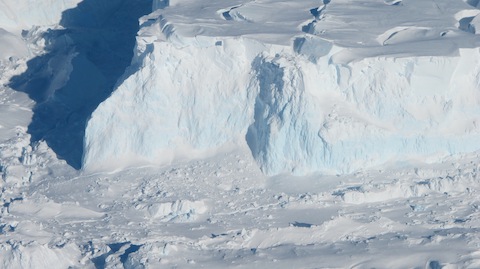 the Thwaites Ice Shelf in Antarctica, now expected to break off and disintegrate in the next 3-10 years; image from NASA on wikipedia, public domain

The intimate loss of things we love: Zadie Smith writes a lovely elegy to the “new normal” — way back in 2014. Excerpt, anticipating perhaps our pandemic response:

I don’t think we have made matters of science into questions of belief out of sheer stupidity. Belief usually has an emotional component; it’s desire, disguised. Of course, on the part of our leaders much of the politicization is cynical bad faith, and economically motivated, but down here on the ground, the desire for innocence is what’s driving us. For both “sides” are full of guilt, full of self-disgust—what Martin Amis once called “species shame”—and we project it outward. This is what fuels the petty fury of our debates, even in the midst of crisis…

Sometimes the global, repetitive nature of [our response to climate collapse] is so exhaustively sad—and so divorced from any attempts at meaningful action—that you can’t fail to detect in the elegists a fatalist liberal consciousness that has, when you get right down to it, as much of a perverse desire for the apocalypse as the evangelicals we supposedly scorn.

The myth of renewables: The Honest Sorcerer steps us through the laws of thermodynamics.

When will climate resistance get violent?: Indi describes what it will take, and the short answer is — not much.

Jonathan Pie at COP26: It was even worse than you imagined.

Thwaites ice shelf is “shattering”: The glacier is losing 50 billion tonnes of its mass each year, and now it’s really falling apart. Thanks to John Whiting for the link. 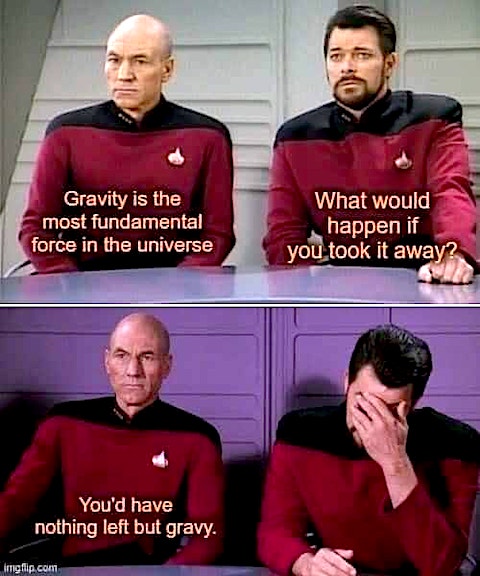 “Creating wonder in the midst of dread”: The extraordinary and prescient anthropologist and author Anna L Tsing explains the importance of art, writing, beauty and imagination in bringing about awareness and, perhaps, change.

Chile chooses leftist over return to Pinochet era: In a bitterly divided election, Chileans realized the danger of another right-wing regime at the last minute, and swung left instead. The loser, unlike other right-wingers we could name, was gracious in defeat.

Veritasium on potassium: The famous Canadian vlogger explains how the fertility of the depleted and naturally un-arable soil that half the planet relies on to produce the crops that keep them alive, depends utterly on our mining of potassium.

Daniel Schmachtenberger on social well-being: The brilliant philosopher talks about better measures of human well-being than GDP, and his favourite is, perhaps improbably, the ratio in a society between (compersion + compassion) / (jealousy + schadenfreude). In other words, the degree to which our capacity to take joy in others’ joy and empathize with each other’s sorrow, exceeds our propensity to envy and resent others’ success and quietly relish their failures. 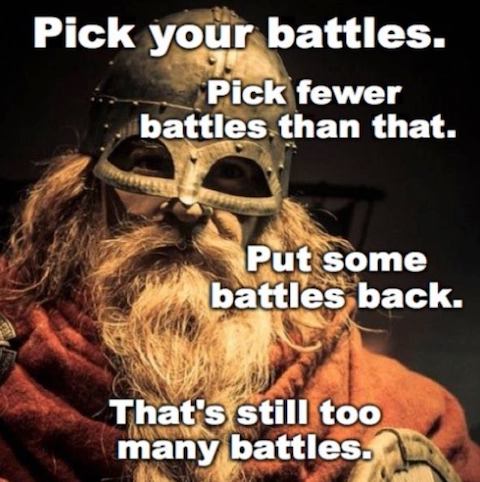 online meme — thanks to PS Pirro for the link 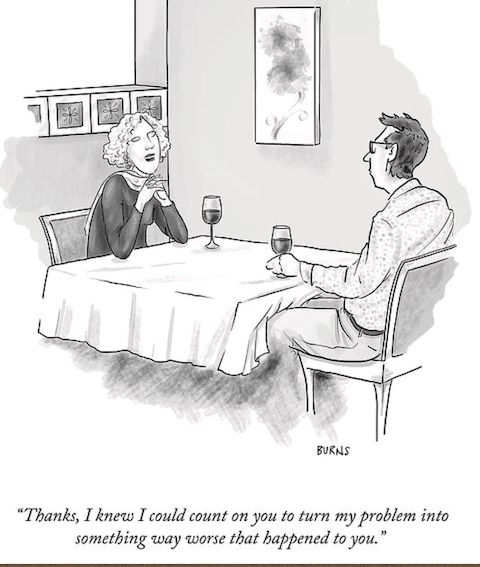 this New Yorker cartoon by Teresa Burns Parkhurst was voted one of the most popular of the year; the top 25 are shown here. and interestingly, the majority of them are by women cartoonists

A thinker far ahead of her time: Leading German theoretical physicist Sabine Hossenfelder explains very advanced principles of science, including quantum theory, astrophysics, free will, and the nature of reality, in ways that are comprehensible to the layperson, without being simplified. Here’s an NPR article where she talks about scientific theory; it will give you a sense of how bright and how articulate she is discussing complex topics. She takes on scientific dogma with enormous courage and intelligence. And she provides access to all her scientific papers supporting her arguments, and full transcripts of her videos. She also engages regularly and forthrightly (even bluntly) with other leading thinkers in her fields, including some of my favourites like Sean Carroll and Carlo Rovelli.  This month, she explains how accepting the principle of superdeterminism doesn’t require giving up belief in free will (although she believes we have no free will). She describes why she thinks we haven’t found the anti-matter that scientific theories say should exist. And she explains how she wasted a lot of time on an appealing but ultimately wrong theory about the connection between anti-gravity and dark matter.

Electricity doesn’t work the way you think it does: This remarkable Veritasium video about energy transmission is enough to make those nervous about EMFs lose it.

And bicycles don’t work the way you think they do either: Yet another fascinating exposé from Veritasium. Our learning about bicycle design has almost entirely come from trial and error.

Can listening to this song reduce your anxiety by 65%?: Some studies say this ambient music, designed to reduce your heart rate, blood pressure, and cortisol levels, can do that. I tried it, and it had no effect on my heart rate, but maybe something else was at work. Thanks to PS Pirro for the link.

Charles Mackesy’s engaging art: This video shows how an artist, with a few simple strokes, can convey character, emotion, expression, motion, and intention, and connect you with his invented characters.

Chat about The Dawn of Everything: I’m writing a review/synopsis of the book, but in the meantime here’s a video of an interview with one of the authors.

Lights out my window: The view from my new home includes the 100,000 Christmas light display around Lafarge Lake, a five minute walk away. Here’s what they look like up close. 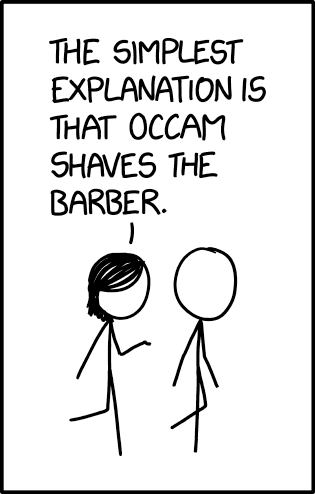 From Brooke Jarvis, reviewing the latest books on the decline in our healthy life-span, and on the right to die:

Behind every fraught ethical debate about physician-assisted suicide stands this inescapable reality: there are many people for whom the way we do things is not working. The right to die can’t be extricated from a right to care. One of the doctors [author Katie] Engelhart interviews—an oncologist in Belgium, where euthanasia laws are widely supported, and aid in dying is legal even for psychiatric patients who request it and qualify—tells her that America is not ready for such laws. “It’s a developing country,” he says. “You shouldn’t try to implement a law of euthanasia in countries where there is no basic healthcare.”

From Pia Klemp, the German biologist and ship captain who rescued migrants in the Mediterranean, as she refused a medal from the mayor of Paris:

I’m not a humanitarian. I am not there to ‘aid’. I stand in solidarity. We do not need medals. We do not need authorities deciding about who is a ‘hero’ and who is ‘illegal’. In fact they are in no position to make this call, because we are all equal. What we need are freedom and rights. It is time we call out hypocrite honoring and fill the void with social justice. It is time we cast all medals into spearheads of revolution! Documents and housing for all! Freedom of movement and of residence!

2 Responses to Links of the Month: December 2021