The Desolation of a Continent: Notes From a Road Trip (Part 1 of 2) 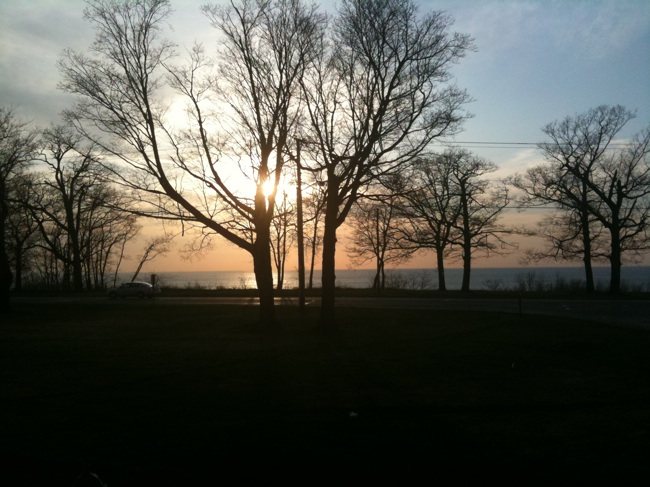 The original plan was to sell my car (’02 Honda Odyssey minivan) in Toronto, and to live car-free forever after. It turned out that there are so many cars on the market that what I was offered was less than the cost of my last repair. So I decided that, after helping my ex to pack up her belongings (and throw out the accumulated junk of thirty years of cohabitation), I would load up the few things from the old house in Caledon (Ontario) I wanted, and make one final road trip across the continent to my new home on Bowen Island (part of greater Vancouver BC) — 5100 km in seven days of driving. One more trip ‘for the road’ to see if I could learn something more about (North) America before permanently retiring my car (except for emergencies). Of course, I have kept a journal. Here is the first of two posts on my road trip.

So far (days 1-4) a few things have really stood out for me. The first, as the title of this post suggests, is the awful realization that this vast continent has been systematically pillaged, despoiled, used up, and ruined. North America is not an easy continent to tame. It’s rugged, sprawling, and compared to most continents inhospitable to humans. It’s intimidating in its sheer vastness and its ecological extremes — impassable mountains and forests, savage storms, staggering expanses of prairie, bleak steppe (some of it called ‘badlands’), swamp, brush, tundra and desert, extremes of temperature and humidity, insect hordes so thick and relentless they can drive you insane. It’s hard not to sympathize with the pioneers who did everything they could to conquer and subdue everything natural on this continent.

But they have now succeeded all too well, and the damage we have done is now accelerating and out of all control. There are substantially no wild places left in the inhabitable parts of the continent. We have clear-cut almost all of the forest that once covered much of the continent, and clear-cut the prairie and steppe as well, planting the former in monoculture grains and allowing grazing animals to consume the latter, so that now we have moved most of the grazing animals to feedlots, crowded together in vast concentration camps of misery, stench and horrific confinement, with nothing natural to eat and no place natural to spend even a tiny part of their ghastly lives. We stupid humans still don’t realize that animals are not ours, they are not meant to be confined, and they suffer terribly in our heartless corrals and cages. As I drove across this continent I could hear the constant and collective scream of the land and all the life that struggles to live upon it. We have desolated a continent that the pioneers thought could never be tamed, and now we are killing it with increasing energy and skill.

On the bookshelf of one of the B&Bs I stayed at on this trip was a 40-year-old book called America the Raped: The Engineering Mentality and the Desolation of a Continent. The author spoke about the need to change our mindset about our relationship with nature before we destroyed it all. Forty years later it is too late, and we’re still pumping out books with the same weary message. The place you love is gone. We cannot be other than who we are. 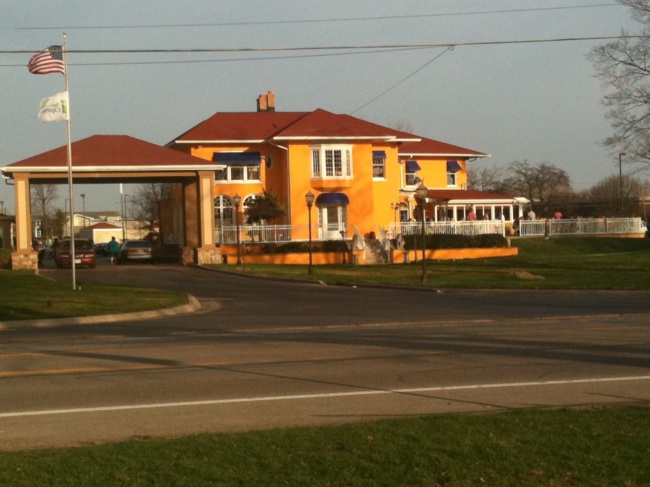 The second thing that has stood out for me is how well-intentioned, caring and hard-working almost all North Americans are. They are busy coping with the needs of the moment and trying to do their best for those they love, to be good citizens and providers and parents and workers. They have neither the time nor the information and education to know what is really going on in the world, so they believe what they’re told by those they trust, and they do their best. And they’re cheerful, and hopeful, to a degree that makes no sense. Ignorant, distracted, bewildered, still full of dreams and unintentionally playing perfectly their role in the brutal destruction of their land and our planet.

And the third thing that has stood out for me is the startling evidence of the disappearance of the middle class, and the unimaginable debt load of the ‘average’ North American (i.e. working/unemployed class North Americans, in contrast to those in the shrinking privileged class). I’ve tried to get everyone I meet to tell me their stories, and these stories just make me shake my head. I drove through two neighbouring communities on the Lake Michigan coast. The first, Benton Harbor, looked as if someone had set off a bomb in a struggling nation: whole blocks leveled or completely boarded up, and the only people I saw on the street were drunks and scavengers through the garbage, which was everywhere. A dock town, it is bankrupt, being run (according to the local radio station) by a receiver for the state and unable to pay back wages owed its civic employees. It is not the only, or largest, town in this predicament.

Yet right beside this town is the town of St Joseph, which is affluent, full of mansions and busy restaurants and resort hotels, with a downtown full of trendy shops and tourist attractions. The two towns sit in apposition, a statement of two economies, two societies, two worlds in one place, each apparently oblivious to the other and what it all means. I saw this juxtaposition everywhere — the larger cities in each state are clogged with construction projects financed with stimulus money, and (with a few exceptions, like Detroit) look to be thriving, while the small towns and countryside look mostly deserted, abandoned, lost, with excellent businesses dying for lack of customers, roads crumbling and streets empty.

This is slavery, except that now the slaves either don’t know it or think it’s their own fault. 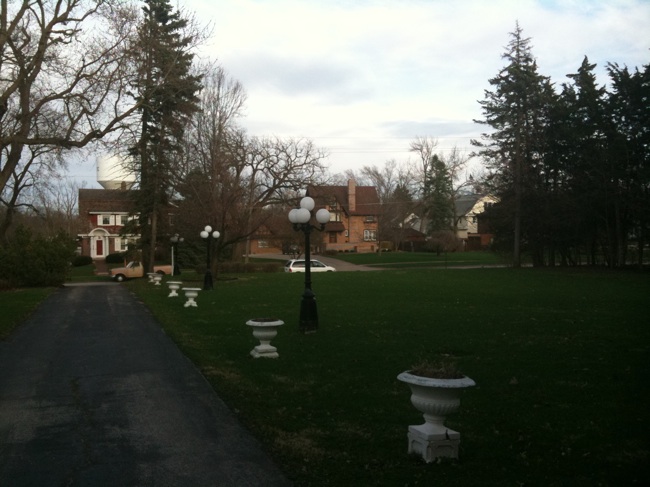 Beyond these three major observations, here’s what else I saw (or think I saw — it’s sometimes hard to say when you’re whizzing by so much so fast and when the stories you hear are anecdotal): 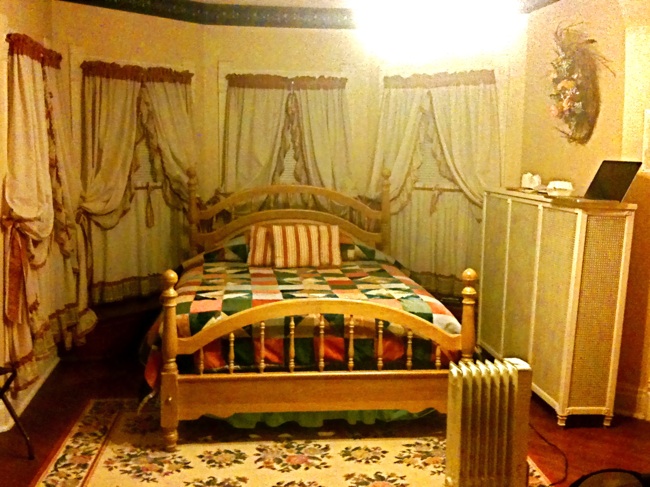 I’m also learning to ask the locals questions — what are the best B&Bs, restaurants, routes. We settle for consistency in chain restaurants and hotels when we travel, when we could get much more — better value, and wonderful stories — by trusting people in each community to tell us what their best places are.

More in Part Two, probably in a week or so once I’ve had the chance to digest my thoughts.

7 Responses to The Desolation of a Continent: Notes From a Road Trip (Part 1 of 2)