Nothing Much Left to Say About Civilization’s End 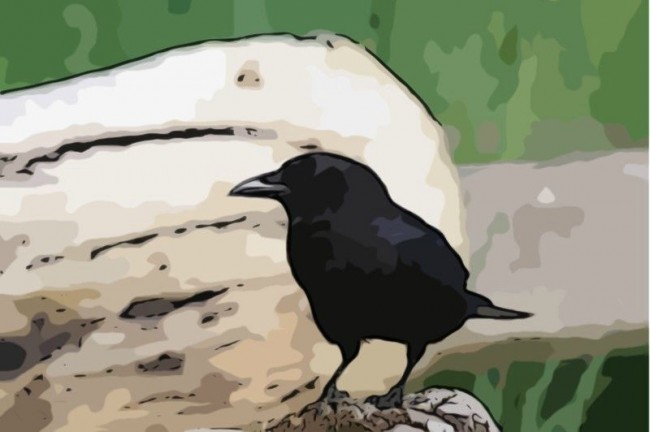 Crow photo by (and photoshopped by) Dave, taken at the beach in Stanley Park, Vancouver.

I‘ve been pretty quiet on this blog for a while, and it’s not because I’ve been too busy to write. I just don’t have much new and important to report, or to say. This blog has been, first and foremost, my means of thinking out loud, challenging what I’ve been told, articulating what — I’m learning — is really going on in the world, and imagining what might be done about it.

The evidence continues to pile up that our civilization is inevitably in its final century, that its collapse has already begun and will occur not all at once but rather will play out as a series of growing and quite ugly cascading crises. I’ve been writing about this for years now, and there is nothing much left to say.

My upcoming Links of the Month post will start with some specific thoughts on how this timeline is progressing and what I am doing in response to, or in anticipation of, what I see happening now, and next. These thoughts will be based on data that are largely unreported in the mainstream media, since these media have neither the time nor inclination to look at any complex issue in enough depth to provide any meaningful guidance on what their ‘news’ means, or how one should act on it.

These data come in part from reading books and alternative media (that’s what my Links of the Month posts try to summarize), but mostly they come from personal observation and reflection, and from a growing trust of my intuitive and somatic knowledge — what my body and my instincts, which synthesize what I know consciously with what I ‘know’ subconsciously, are telling me is real, now.

Recently, for example, they have been telling me that the political, social and economic “news” reported by both the apologist corporatist mainstream media and the (mostly) whining cowardly alternative media, are a dangerous distraction from our urgent need to face squarely the many intractible, longer-term issues facing our planet.

Specifically, we are now being distracted by the nonsense written on all sides about an “Arab Spring” and how the revolt of a minority of courageous and/or desperate people against corrupt despots heralds a blossoming of democracy in the region and ultimately in the world. A basic reading of history would convince the most optimistic person that what it in fact heralds is orchestrated brinksmanship that will show (a) that despots are generally replaced by other totalitarian regimes that are, on average, no better than those they followed, and (b) that a sufficiently vicious despot will sacrifice his own people, and cost the world billions in wasted effort to support his opponents, in order to keep power a little longer.

We should have learned this from Afghanstan and a dozen Western interventions before it, but we just keep repeating the same mistakes while hoping stupidly for a different outcome. In the meantime the horrific threats of global economic meltdown, ecological catastrophe, and energy collapse loom closer and larger, and are being mostly ignored, while meaningful debate about them is lost in a blizzard of simplistic rhetoric, magical thinking and cynical propaganda.

My instincts are also telling me that the well-intentioned efforts of the small cohort who are no longer in denial about what is to come — efforts to prepare for these threats, and to increase our resilience so we can contend with them better — are probably misplaced. The first stages of all three crises have been completely mishandled by those with the responsibility to prepare for and respond to them, and we are so afflicted by imaginative poverty, ignorance of history, and total dependence on the very systems that are starting to crumble around us, that we are blind to just how badly we are coping with early-stage collapse. Just witness:

What does this incompetent response to early warning signals of civilization’s collapse tell us about ourselves and our institutions? First, it tells us that we will continue to choose to deny the need to change our current unsustainable behaviours until it is too late. We will do our little bit to recycle and waste less, and then we will hope, ridiculously, for the best. Second, it shows us that there is no one steering this ship as it careens towards catastrophe. Our “leaders” will never risk the political consequences of telling us the situation is worse than we wish it to be, and it is increasingly apparent that, even if they did, or if we miraculously replaced them with “leaders” who did tell us the truth, our present momentum and the lack of any central power to enact and enforce mandatory global changes in behaviour, ensure that they couldn’t act effectively anyway.

There are many prescriptions for saving the world out there today, but they are all based on magical thinking. Technology/innovation, the “market”, “radical democracy”, religious salvation, new age consciousness-raising, grassroots collectivism — belief in any of these “solutions” is an act of pure faith, as none of them has “solved” any problem even a fraction the size or complexity of those we face today. Belief in and pursuit of these “solutions” has, on the whole, worsened not ameliorated these problems. It is time for us to give up hope in such solutions.

And then do what, you might ask? I don’t know. Perhaps just be. If you have the luxury of time, capacity and opportunity to do so, listen to your instincts, and to the place you live, and wait for them to tell you what to do, There is no one right answer, and there is no saving this civilization, or this world. It will be fine, long after we’re gone.

As for me, I have been trying, successfully, to be generous in supporting people and projects that I think are important and will help a lot of people. I have been successfully spending time with people I love, and am slowly learning to be present, to let go, to be a responsible, sustainable hedonist, and to self-accept. I am looking to spend more time in creative and imaginative pursuits, with creative and imaginative people, and more time mentoring, and learning resilience skills and capacities. I am still seeking gentle natural warm beautiful places to live, and safe ways to help stop the Tar Sands and factory farming.

I think I might try posting short daily thoughts here, instead of waiting days or weeks until I have something substantive to post. This blog might become, at least for a while, more of a diary than an overly-ambitious chronicle of civilization’s collapse. If so, it will likely become more personal, and less rhetorical — more about my activities and reflections and the people in my life, and less about my ideas.