BC Ruling on Polygamy: Implications for Polyamory 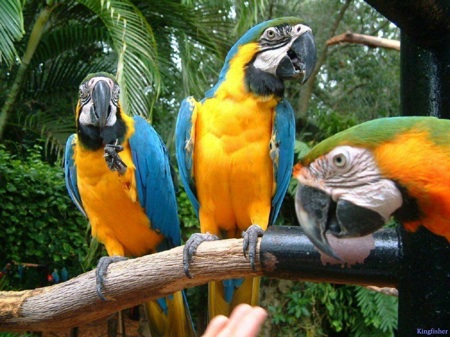 Today, after months of hearings and deliberation, a BC judge ruled that the Canadian federal law making “polygamous union” a criminal offence in Canada was needed and defensible notwithstanding the fact that it does violate freedom of religion and other provisions in the Canadian Charter of Rights and Freedoms. In a 300+ page judgement he ruled that the charter right to freedom from the threat of harm, particularly to women and children, outweighed religious charter rights. He also asserted that the law violates the charter’s right to fundamental justice when it is applied to minors, and as such the law cannot legally and should not be used to prosecute minors.

This means that actions taken under this law against leaders of an allegedly misogynist and child-abusing fundamentalist Mormon cult group in the village of Bountiful BC, which were thrown out on constitutional grounds, can be reinstated. It is unclear whether the decision will be appealed (to the Canadian Supreme Court), which would delay prosecution.

The West Coast Legal and Educational Action Fund (LEAF) argued that the law needed to be rewritten and narrowed to cover only situations involving “minors, exploitation, coercion, abuse of authority, a gross imbalance of power or undue influence”, an argument the judge rejected, claiming that the information presented to him made it clear that polygamy is inherently harmful and that “there is no such thing as ‘good polygamy'”. The Civil Liberties Association argued, also unsuccessfully, that the law should simply be ruled unconstitutional and not used, since by criminalizing polygamy it merely drives it underground, increasing rather than reducing the vulnerability of affected women and children. All of the opponents of the argued that there are many existing laws against child and spousal abuse, unlawful confinement, exploitation and similar crimes, and that recourse to an ancient anti-polygamy law is unnecessary to bring perpetrators of such crimes to justice.

Where does this leave those of us who are poly — who have more than one loving, adult, respectful, egalitarian, consensual relationship in our lives? The Canadian Polyamory Advocacy Association argued that if the polygamy law were upheld, it would jeopardize the rights of poly people and throw us, and our families, into a legal limbo where we could be harassed, threatened, charged and jailed for living a healthy, natural lifestyle.

The judge said a number of things to try to reassure us that the law is not intended and won’t be used to prosecute those in consensual, adult relationships:

“For polyamorists, the ability to live in a family with the people they love is essential… Each party must know of and consent to both the possibility and the reality of other relationships within the group. This need for openness and consent at all times necessitates considerable self-awareness, communication, conflict resolution and emotional processing on the part of all members…

“While polyamory has been a largely secular phenomenon to date, the evidence indicates that some polyamorists do favour religious ceremonies. Criminalization of these ceremonies significantly impairs the ability of polyamorists to experiment and innovate in this regard. As such, s. 293, as interpreted by the Attorneys General, directly infringes the religious liberty of polyamorists.”

The judge fell short, however, of saying that s. 293 (the polygamy criminalization law in question) should be amended to clearly exempt polyamory ceremonial unions. As a result, according to John Ince, lawyer for the CPAA,  the judgement “rules that the lifestyle of polyamorists as practiced in Canada is not illegal and we’re pleased with that.” Ince added that marriage is “not really an issue in the polyamorous community”, and concluded that “[multiple] common law relationships are clearly not prohibited. Polyamorists who are dealing with immigration or family custody issues for instance now need no longer worry about being considered to be criminals”.

CPAA spokesperson Zoe Duff cautioned however: “The decision still criminalizes a segment of the polyamorous community if they have a marriage ceremony… Polyamorous Canadians are responsible citizens who work toward sustaining healthy, loving, egalitarian relationships and it is wrong for Canada’s laws to continue to criminalize any of us. The number of people in any given relationship is not the issue. The health of the relationship and family is the issue.”

What does all this mean? The judge’s ruling is an interpretation on the constitutionality of the existing 120-year-old law. He ruled that the law violates religious rights and freedoms under the constitution but that notwithstanding this, the law is justified because the charter-protected right to freedom from harm or threat of harm (to the victims of coercive polygamous relationships) outweighs religious rights and freedoms.

A large part of the judgment is spent clarifying the judge’s conclusion that despite changes in both formal and informal relationships since the law was written 120 years ago, and despite changes in the definition of terms such as “marriage”, the law pertains only to multiple relationships sanctioned and recognized by marriage or comparable “conjugal union” ceremony. Specifically, he describes the ceremony that sanctions and recognizes a second marital relationship of any individual (subsequent to or simultaneous with the first) as a “capital M Marriage”, and asserts that this particular law applies to and allows prosecution of all (adult) marriage partners of the person or people in that/those “Marriage(s)”.

This is a particularly tricky bit of reasoning. It means that if you have multiple relationships sanctioned by a marriage ceremony, even if they are all with adults and all parties have consented to them, you are guilty of polygamy, and subject (for that reason alone) to harsh criminal punishments (up to 5 years in prison) under this Canadian law. But if you have multiple relationships not sanctioned by marriage ceremony, even if they are coercive or abusive, you are not subject to this law (though you may be subject to other Canadian laws). [Just as an aside, to show how arcane this law is, the very next section of the law prescribes up to 2 years in prison for “solemnizing or pretending to solemnize a marriage without lawful authority”.]

I’m not sure that such a legal definitional nicety would pass scrutiny in an appeal. It seems to me discriminatory to apply a law to groups that hold religious ceremonies sacred, and not to those that don’t (and as you know I’m not a big fan of organized religion or ritual). Convenient in the case at hand, but pretty shaky as a precedent-setter.

What’s worse, though, is that I don’t think the subtlety of this distinction (which the judge takes many pages to draw) will be appreciated by law enforcement agencies that will, if this ruling is not appealed, see “polygamy is illegal” as justification for endless harassment and prosecution of poly people. It will be tempting for law enforcement agencies to make the following argument, for example:

Just in case anyone misinterprets what I’m saying: I think people and leaders of cults that brainwash, exploit and abuse children and the weak, and who intimidate, threaten, harass and imprison ‘members’ who try to break free, should be put away for much longer than five years. We don’t need a law that restricts rights to and criminalizes assembly and association to do that. What we need is better whistle-blowing legislation and protection, better services for those living in fear to get help and find safety, and a much more responsible and less laissez-faire and less privacy-obsessed attitude towards what goes on behind closed doors and walls by all of us.

There’s something very wrong with our laws when, in order to shine a light on and bring justice to remedy outrageous and ritualized abuses ruthlessly perpetrated on the weak, while the bully perpetrators rely on “privacy rights” and “personal property rights”, we have to rely on a flimsy and inadequate 120-year-old statute that makes it illegal to have more than one “conjugal union” at a time.

2 Responses to BC Ruling on Polygamy: Implications for Polyamory