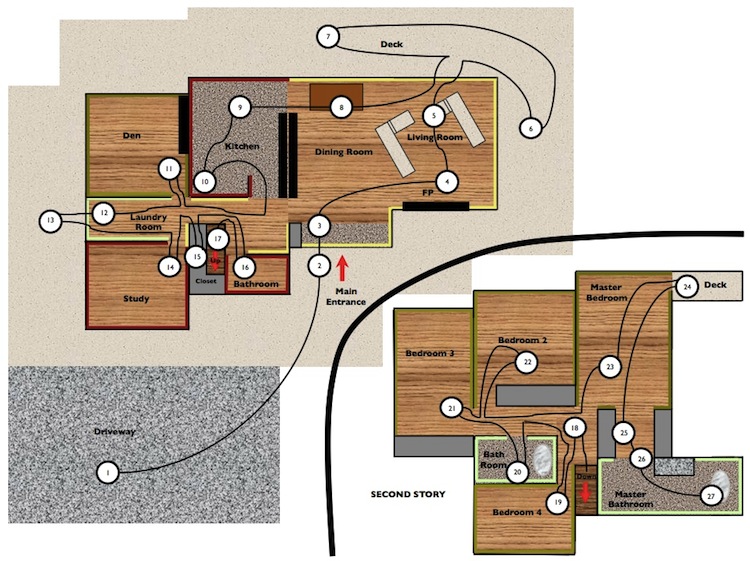 I‘ve just finished reading Moonwalking with Einstein, the book by Joshua Foer (little brother of Jonathan Safran Foer, the guy who persuaded me to go vegan). After researching the techniques used by the world’s memory ‘grand masters’, Joshua ended up preparing for, competing for, and winning the US memory championship.

The techniques he used date back millennia, and were used before the printing press and even before written language. Although there are some new, more powerful techniques used by memory champions, the underlying techniques are unchanged, and entail the use of powerful images, and familiar locations (our brain remembers images and sequential locations much more readily than ‘un-placed’ facts) that are ‘connected’ to what the learner wants to memorize. Without the use of such techniques, not even memory champions can keep more than 5-7 facts in their ‘working memory’ at a time.

You are probably familiar with them since hundreds of ‘self-help’ books have described them:

Although Joshua confesses his memory for unstructured information (like where he left his car keys) is no better now than before he learned the techniques and became a memory champion, and that a lot of structured information (like schedules, ‘to do’ lists and contact information) is easier to keep in a written list or other external place than taking the trouble to memorize it, he does make a compelling argument for practicing the art of memorization on the following grounds:

I was sufficiently persuaded to decide to practice. The obvious starting point is some of my own stuff — favourite stories, poetry, some of the things I would like to be remembered for, perhaps the ‘signature posts’ on my right sidebar. To be able to stand up before a group and say something that was well-written verbatim without notes is a very powerful capacity, and I’d like to learn to do that.

So that’s where I’m starting.

But then what? What should I memorize after that? If I get into the practice of spending just 15 minutes a day practicing memorizing, what material should I work on besides my own? What’s worth memorizing?

Here are some of the things I’m considering memorizing, for various reasons — they’re succinct and compelling, they’re entertaining, they capture important and essential truths that are often and easily forgotten, they are things I believe and care about so deeply that by memorizing them I feel I might become more truly myself:

Thinking about this also, to my surprise, got me thinking about what I want to write next on this blog. What are the most important things I have learned in the nine years since I started writing this blog, which now extends to some 7,000 pages of material? How can I distil them and say them in some memorable way, that I can ‘perform’ when the opportunity permits, to audiences of one or a hundred, in poetry, in prose or in song?

What about you, dear patient reader of my clumsy, verbose and often circuitous writing? What have you memorized, and what to you is worth memorizing?

2 Responses to Worth Memorizing