More Years of Schooling for Fewer and Fewer Jobs 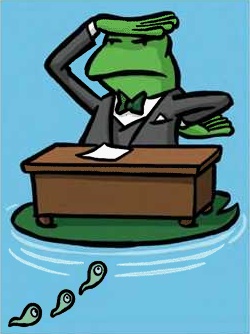 This week’s (July 9/16) New Yorker has a terrific one-page summary by James Surowiecki of why so many job vacancies are left unfilled “for want of any sufficiently qualified candidates” while so many people (especially young people with university degrees) are unable to find work. It’s behind a pay wall, so here’s a synopsis:

Alas, after this excellent diagnosis, Surowiecki prescribes exactly the wrong medicine: more government stimulus. Of all the “stimulus” money gifted to bail out and subsidize large corporations (especially the banksters), substantially none of it has gone to create new employment. It’s all been invested (in financial, not production assets) or handed out to executives as pay raises and bonuses, or used to buy back the corporations’ own shares to leverage earnings per share (and hence share price).

There are two things that governments and citizens should be doing instead of throwing more taxpayer cash at greedy, corrupt and incompetent corporate executives:

This is why I wrote my book, Finding the Sweet Spot. But reading a book alone isn’t enough to give you everything you need to start a small sustainable enterprise. We need an entire, practical curriculum on Making a Living For Yourself, that starts in the junior high school years, connects young people with local entrepreneurs and gives them useful skills (and the self-confidence and knowledge of how to use them in their own enterprises) before they graduate from high school.

This (2012) is the Year of the Co-op. The most appropriate, responsible and sustainable form of small, community-based enterprise is the co-operative, and the curriculum for Making a Living For Yourself should be based on co-op creation.

None of this would be easy. It would require a revolution in the education system (moving a lot of it out of the classroom and into the community). There are almost no teachers currently competent to teach it. Large corporations would find it hugely threatening and would oppose it with everything they’ve got (i.e. money, media and politicians), since it would reduce the demand for large corporate jobs, and encourage people to buy from local not-for-profit co-ops instead of from them. We would have to learn from our mistakes, and hopefully learn quickly and inexpensively.

But it could be done. When our teetering and unsustainable economy collapses, we will have to do this anyway. It would be amazing if we had the foresight to start now.

Thanks to James Surowiecki for the analysis, and to Christoph Niemann for the clever illustration above (from the magazine article).