Last February I published the second draft of my Transition game called Collapse! and several readers were kind enough to download the game materials and try it out. Others have commented both on the specifics of the game (design and implementation), and on the game’s realism (how well it depicts how crises might occur and how communities might deal with them) and value as a tool for learning about these crises.

In the interim, my thinking about Transition and resilience has evolved and some of the concepts and outcomes depicted in the game no longer seem plausible or useful. Specifically:

So in a broad sense the game will (hopefully) be less about preparedness and more about practicing resilience.

With that explanation of the changes, here is a look at how the game might work, take 3: 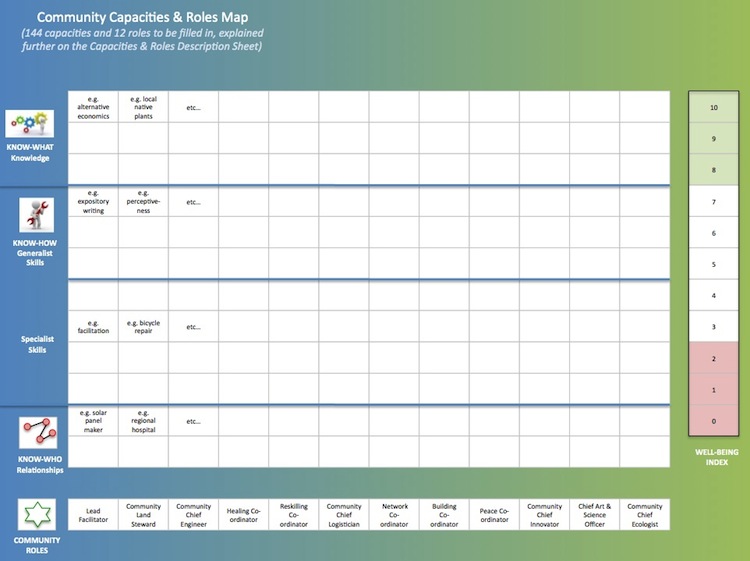 Purpose of the Game: To enable those concerned about coping with emerging economic, energy and ecological crises to learn about and practice, through game simulation, building resilient and sustainable communities.

Game Objective: The players work cooperatively to respond to various 21st century crises as they impact the community, applying the innate and acquired personal and collective capacities of all the players. They assess the effectiveness of their efforts by collectively setting the community’s Well-Being Index (WBI). The game continues as long as the players choose to play. 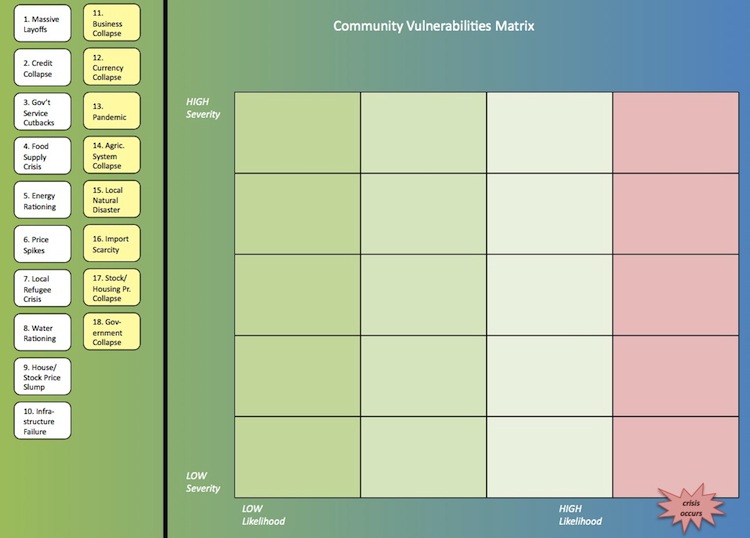 Play: (Note: The game is designed optimally for 5-10 players)

4 Responses to Collapse! The Game: Take 3