A Dark Mountain Event I Would Attend 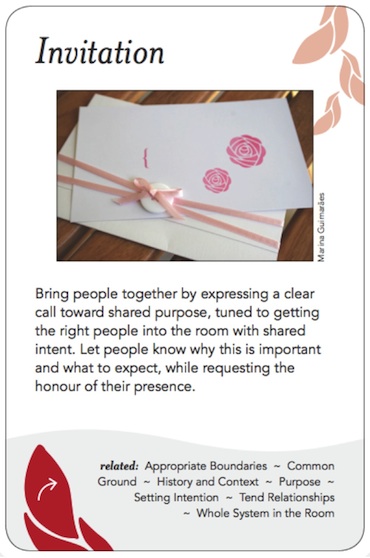 This past weekend the Dark Mountain artist collaborative held its third “Uncivilization” Festival. For those unfamiliar with the project, Dark Mountain was launched by Paul Kingsnorth and Dougald Hind with the publishing of their Manifesto, a bleak, brilliant declaration and exposition of the unsustainability of civilization culture, the inevitability of its terrible collapse in this century, and an encouragement of artists and writers sharing this informed, pessimistic worldview to collaborate to chronicle our civilization’s collapse and to imagine better ways to live.

The purpose of this chronicling and imagining, using a variety of artistic and literary media, is for the benefit of its survivors, who might seek an explanation of how the most astonishing culture of the planet in millions of years came so rapidly and disastrously unsprung, and for the solace and understanding of those of us dismayed, bewildered and searching for meaning and appropriate useful actions in the face of this collapse, so we can at least appreciate what went so horrifically wrong and how to cope with the grief and mayhem of our culture’s dreadful attempts to continue on (at a ghastly cost in ecocidal destruction and unprecedented global suffering), during its descent towards extinction.

At least that’s my impression of why the Manifesto was written and why Dark Mountain has come to exist, offering us joyful pessimists who share Paul and Dougald’s grim and unpopular worldview a sense of community. Not surprisingly, this radical worldview has occasioned outrage and even ridicule from those who find it defeatist, threatening or absurd.

As a result, much of the energy of the project’s network members has been siphoned off explaining and debating their worldview, and in the hard work of networking a large disparate group whose members have come from very different places to a roughly common understanding of where we are and where we are headed, but who for the most part do not share a sense of why it has come to this, or what should or can be done about it. As a result, much of the writing and public debate and the collective events are taken up with this discussion of why it’s happened and what to do. That may be necessary, but it’s a distraction of the real work of chronicling and imagining. I would also argue that others (e.g. scientists and philosophers and cultural theorists) are probably better equipped to do this secondary, non-creative work than artists.

Three volumes of quality writing and art have been published, to be sure, presumably on the basis that the chronicling of civilization’s collapse would benefit from some common imprint to give it impetus. Likewise, well-received (from what attendees have told me) festivals have been held to build community and support and provide a venue to present some of the work that has been produced by the collective’s members. I read the first volume of writing and have reviewed the programs of the festivals, including listening to much of the music featured at them. But rather than being inspired to write something for the next volume or attend the next festival, I feel deflated, and I’m not sure why. I have rarely found collections of literary work to be exemplary or revelatory, and my experience with various alt-culture events is that they generally suck, through no fault of the organizers or attendees. The best they seem to be able to produce, at least for me, is one or two haphazard meetups and conversations with individuals which have turned out to be astonishing, the basis for important enduring personal relationships, remarkable insights, and/or highly-effective collaborations.

As I’ve told Paul and Dugald, I think they have done their work simply by publishing the Manifesto. It should not be their job to somehow organize the Dark Mountain collective, at best a herding-cats exercise, nor to try to capture its (best) work-products (or as they put it “to promote and curate”). They quote Robinson Jeffers as an inspiration in their Manifesto. Jeffers’ job was to write poetry that exposed the flaws and fragility of our human-centred civilization — to chronicle civilization’s collapse, in his own remarkable way. His job was not to go on the speakers’ circuit to explain what he meant or defend it from critics. His job was not to promote, curate and publish collections of like-minded thinkers, or to organize events to provide readers a forum for self-expression and solidarity.

Let me say it again: Our work, as artists and writers, is to chronicle civilization’s collapse and imagine better ways (than those employed by civilization culture) to live. There may be opportunities to collaborate in this work, but I think they will be rare, small partnerships of artists and writers whose work and style and chemistry lend themselves to such partnership. For the most part, our work will be, as it has always been for artists and writers, mostly a solitary undertaking, each of us bringing our own way of expressing ourselves, representing (re-presenting) the world, and exercising our imaginations based on what we know, feel, and dream, and what we do best.

Up to now my way of doing this has been mostly through expository writing — chronicling my own discovery that everything I had been told about our culture and how the world really works was wrong, and what I was learning in my slow, ponderous, analytical way. Now, though, it is shifting to creative writing, including poetry, music, and possibly theatrical/film writing. I think I’ve written enough about what I (have come to) know, and now I want to write about what I feel, because I think that could be much more powerful, influential, important and enduring (though in ways I can’t possibly know or predict). That is poet’s work, as ee cummings and TS Eliot have explained. It is the work I somehow know I’m now meant to do.

So I asked myself: What would it take to attract me to a Dark Mountain festival or other event? I would certainly love to engage Paul and Dougald (and a few others I know of who have become, as I have, de facto Dark Mountaineers) in conversation, though I could probably do that better outside the constraints of a large event and might be able to do it perfectly well via a Google+ Hangout without leaving my home. And I’m uncomfortable with the idea of “salons” of leading writers, artists and thinkers — I think they tend to be elitist, un-self-critical and posturing (though my experience is limited to just two such groups).

I think the reason so much current writing and art is crap is that most writers and artists don’t practice their craft enough, don’t look at their work with a critical eye to its improvement, and don’t study the work of those they most admire. That’s true of just about every profession in modern civilization culture, to be sure, but it especially shows in the creative arts.

Having said that, I can conceive of one type of Dark Mountain event I would probably attend. It would be a true workshop (not what passes for a workshop at most conferences these days) — a roll up your sleeves, participate from the first session, produce real work-product collaboratively with others session. Its objective would be to forge new creative working relationships, to practice one’s craft intensively over 2-3 days in consort with other artists, and to prompt work projects that will continue and evolve long after the event ends.

I can envision providing some high-level structure to the event, but not having any presentations, forums or classes. And the purpose of the minimal structure would be to help the attendees self-organize and just get them started — it would be entirely up to them where to take it from there. This structure might take the form of three “work-streams” each with a proposed work-product:

That’s all the structure I think such an event would need. The three streams would appeal to different interests/talents among Dark Mountaineers, and provide some creative impetus. The work-products, whether they were produced during or after the event, could be enormously valuable, and probably beyond what any one person could produce independently. And I think it could be tremendous fun.

6 Responses to A Dark Mountain Event I Would Attend