Articulating Our Agreements With Each Other 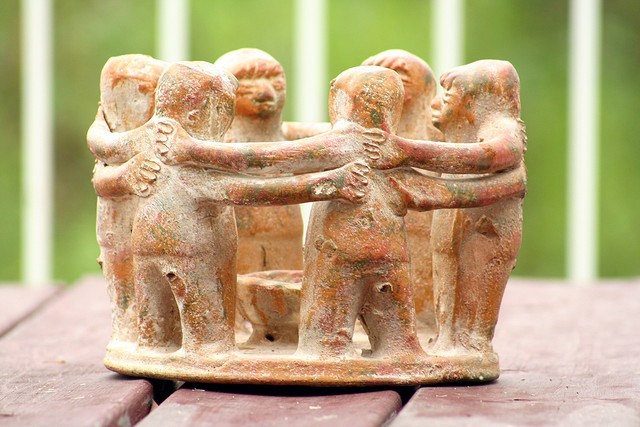 Before lawyers screwed everything up royally, human society operated largely on the basis of agreements. Many of these were tacit, but some were explicit, often marked by ceremony. Economies were initially sharing economies, built on trust. Currencies were later introduced, not as a means of establishing indebtedness, but as a ‘marker’ to increase the flow of activities between people in such a way that no one could seriously exploit the system for personal advantage over collective advantage.

Now, as these agreements have increasingly been replaced with legal contracts, the presumption of trust has been jettisoned, and the nature of the underlying agreements has been exploited, corrupted, and made so complex most of us don’t even bother reading the fine print any more.

So now, when people enter into a business arrangement — a partnership, or the provision of goods or services — massive legal contracts and registrations are involved. These contracts cost a fortune in wasted legal fees and red tape, and actually encourage breach of contract (by finding “loopholes” parties can exploit, like the usurious interest rates charged on credit cards and one-day overdue loans and mortgages) rather than compliance with the underlying agreement. They add no value whatsoever, except to the lawyers who exploit disagreements in the contracts they have deliberately drafted in an adversarial manner to provoke such disagreements.

I remember many years ago when I was working for a large consulting services firm, I received a call from a gentleman, a Saudi citizen, who wished to establish a new enterprise in Canada. He invited me to lunch with ten associates, a lunch that lasted four hours and resulted in agreements on the staffing, operations, management and financing of the new enterprise, and the retention of my services (I stressed that they were hiring not just me, but my whole firm, to which they just smiled). Nothing was written down. There were no contracts prepared or promised, although the value of the agreements that had been decided upon was in the millions of dollars. When I sent him the obligatory new client ‘memorandum of understanding’ (this was before policy required it to be signed and returned before we could do any work), it was never acknowledged. Yet the partners of the new enterprise called me often, and it was clear ‘we’ had an agreement. I was given a substantial retainer and asked to let them know when it was used up — no accounting was required from them. To the best of my knowledge the company still operates successfully, and has never paid a penny to lawyers for the negotiation of contracts or the resolution of contractual disputes.

Today we have employment contracts, consulting contracts, partnership contracts, agency contracts, supply, rental and sales contracts, marriage contracts, divorce contracts, prenuptial contracts, performance contracts, contracts of association, construction contracts, and insurance contracts, among many others. For the most part, their sole purpose is to make work and money for lawyers. They have replaced trusting agreements arrived at directly and acknowledged by handshakes and hugs, with convoluted, often incomprehensible lawyer-drafted and lawyer-intermediated written contracts based on distrust and preoccupied mostly with how breaches will be dealt with. They assume we are incapable of making a meaningful agreement without them.

Yet we enter into complex agreements all the time without written contracts. We join networks, help each other, give things to each other, collaborate on projects, and enter into many types of relationships with each other. Instinctively we know how to establish the basis for such agreements — what we each will offer and agree to do, what our mutual expectations are, what concerns we might have that need to be discussed. These instincts come out of a sense of conviviality — trust, respect, good faith, even love. No paperwork is needed. The underlying assumption in such agreements is that if some problem arises we’ll mutually sort it out with that same sense of conviviality.

The essential elements of any contract are an offer to do something in a certain time frame, an acceptance, an acknowledgement of the consequences of failure to fulfill the offer, and the amount of ‘consideration’ (money exchanged). The underlying assumptions are that you need this paperwork because the other party or parties cannot otherwise be trusted, that money is needed if the contract is to be meaningful, that you need to anticipate and discuss precise legal process if anything goes wrong (and involve lots of lawyers), and that something probably will go wrong (else why the need for so much of the document and drafting effort to be spent on breach provisions). It’s perverse.

How did we get here? My guess is that the main culprit is the anonymity of our modern society. It’s harder to have a basis of trust as communities get larger and your familiarity with its members lessens and finally disappears. And as our society has grown more anonymous it’s also grown more adversarial and competitive, as a world of abundance has become a world of deliberately-created scarcity, at least of the things that are important. We have lost our innate skills of consensus and conflict resolution, and in their absence we’ve created a world of win/lose voting, litigation, exploitation and corruption.

Is there a better answer? What if instead of having lawyers draw up a contract we co-created an agreement, a mutual statement of understanding and grace? Instead of the aforementioned elements of a contract, this co-developed statement would include:

This could work for any type of agreement and any type of relationship. Ideally it could replace any written contract, or prevent the need for one. It could be written (as long as it’s written together), or recorded on video (for reference, not for argument), or it could be agreed to with all participants as witnesses (maybe during a four-hour lunch). The important thing is that it be a co-created statement, a collective work done any way that works for the participants.

On my recent visit with Tree in Eugene OR, at a stopover at Townshend’s Tea we ran into two of her friends, Jeremy Blanchard and Jessilyn Brinkerhoff, who told me about a form of written agreement and process similar to what I describe above, called The Blueprint of We (formerly called the State of Grace Document), developed by Maureen McCarthy and Zelle Nelson. It entails writing a 5-part document using a specific iterative writing process. It sounds like it’s been well-tested and would be suitable if you’re looking for something a bit more prescriptive than the general mutual statement of understanding and grace that I’ve laid out.

I haven’t tried developing such an agreement myself yet, though I’m intrigued at the idea of doing so at the beginning of any new group I co-create or project I undertake. I’m guessing that the best way to construct these ‘statements’ would be to start by developing, collaboratively, stories that address the ‘what we will do together’, ‘what and how we envision being together’ and ‘how and when we will resolve differences’ components. I can envision good facilitation as essential to development of these stories if they’re to truly be collective, shared work. And I expect the ‘what we know about ourselves’ component to be the trickiest to co-develop.

I’ll let you know how it goes when I get around to applying it. If you’ve used such a process to produce an agreement among members of some organization, project or relationship you’re involved with it, how did it go? Would the result meet the definition of a ‘mutual statement of understanding and grace’?

2 Responses to Articulating Our Agreements With Each Other