Less Than Enthusiastic (a guest post by Paul Heft)

My Palo Alto friend and Transition colleague Paul Heft and I have often shared ideas and thoughts on how the world really works, our culture, and what it means to be human. Recently he wrote the following, which he’s allowing me to repost on my blog. It pretty much summarizes my view of things, other than the fact he’s a bit more pessimistic than I am about the violence that will accompany civilization’s collapse, and the likelihood of healthier human cultures emerging afterwards:

Less Than Enthusiastic (A Guest Post by Paul Heft) 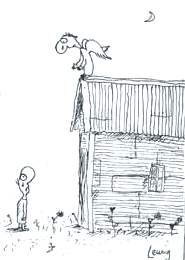 My pessimism leaves me in a very awkward position in discussions with my friends. It’s hard for them when I can’t get excited about their strategies for change, or the “victories” or “advances” in the movements they identify with, or their meetings, marches, letter writing, electoral campaigns, and many other ways they participate in politics. I applaud their passion, but it’s not infectious; I wish them the best, but I don’t join in. I continue to share ideas (usually articles that I have read) but I don’t expect much conversation to result.

If you’re allergic to dark viewpoints, or just liable to slip into a bad mood, you should probably ignore the rest of this message. It just provides some explanation for my point of view, in case that’s of interest.

My pessimism is a result of my attempts to understand how the world works. To understand, one must be willing to inquire deeply. This inquiry has led me to explore economics and human consciousness, since those topics seem pretty basic to what’s going on. Any conclusions I reach necessarily remain open to question; they are in danger of solidifying as beliefs, but I choose to take that risk rather than conclude that I just don’t know.

According to my current understanding:

Why am I such a pessimist? my friends ask. Most of them retain hope for the future, a faith that humans are basically “good”, or have their mutual interests at heart, and therefore will join together to change what increasing numbers of people see as civilization’s wrong course, avoiding self-destruction. Some grasp onto hope in order to retain a self image as powerful, effective, dependable, or good; to generate the optimism that our society appears to insist upon; or to avoid experiencing a despair that they are afraid they could not survive.

Some friends, even without much hope for a great transformation, continue campaigning for political reforms or to prevent reversals of the “progressive” project. There seems to be an implicit credo that, since we have compassion, “free will”, and the intelligence to act for the benefit of the common good, we therefore have a moral obligation to be agents of change and to believe in our potential effectiveness. While I am sympathetic with most of their political goals, I do not subscribe to that credo and I see their efforts in the context of a system which, out of our control, is exceeding its limits and is inevitably breaking down. From that perspective, their incremental efforts in national and international campaigns appear too little by far.

That leaves me sad, but not despairing, not blaming, and not resenting others’ different opinions; I just want to accept what appears to be reality, my current understanding of truth.

(drawing above by Michael Leunig)