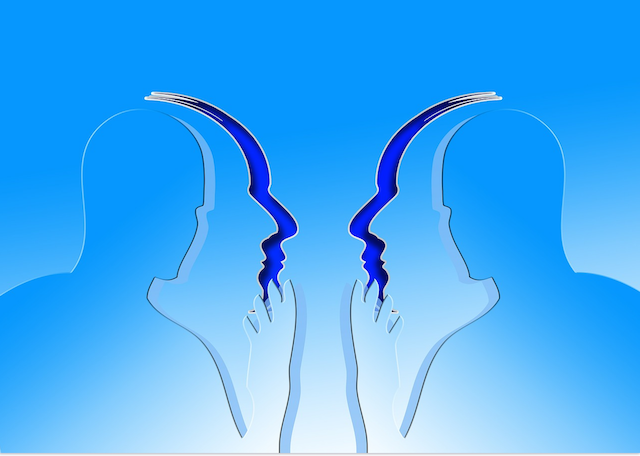 image: public domain from pixabay CC0
On several occasions recently I found myself getting angry or anxious, and then almost immediately realized how inappropriate and futile my reaction was. I read about an act of destructive greed, and read an article with a preposterous and disturbing argument about how we should behave as humans. And I witnessed acts of aggression, fury, pettiness, and unreasonableness, a couple of which were directed, more or less, at me.

My initial reaction in each case was profound annoyance (and an awareness and curiosity about the fact that anger is often a mask for fear). My second reaction was one of astonishment at my initial reaction: How could ‘I’ still be getting so upset at beliefs and behaviours that the actors involved had absolutely no control over? What possible value did such a reaction have? Who was it, in fact, having this reaction? It was almost as if I was looking at myself and saying “Who is that person getting angry and frightened and upset?; it’s certainly not me!”

Radical non-duality seemingly holds that since there is no ‘real’ you, no free will, and no ‘self’ control, what appears to be learning and ‘self-improvement’ (ie behaving, according to prevailing consensus, in a more useful, mature, knowledgeable, experienced, positive way than ‘you’ used to) is in fact just the inevitable trajectory of beliefs and actions of the character that ‘you’ believe your self to be. Behaviours can (apparently) change and evolve, but no separate individual or will is involved in, or in control of, that change.

Currently our massively stressed and increasingly dis-eased and destructive human civilization seems to be behaving, collectively, badly and unhealthily, but while one person’s psychologically compromised act of anger or violence can certainly provoke a similarly unhealthy response (and the mutual triggering it can produce a feedback loop in which both characters, and possibly whole communities or nations, degenerate into seemingly psychotic behaviour), none of these behaviours is controllable, preventable, or alterable. Also, none of these behaviours is predictable — there are too many variables involved.

Everything is playing out, then, seemingly, the only way it can:

So I get angry, and then I get annoyed and confused at my anger (but it continues nonetheless). That anger (or other stressful reaction) hurts others, who react and perpetuate the suffering. The self-annoyance and confusion festers inside. All of this may continue the rest of my life. My clarity that it’s all foolish and unnecessary increases the cognitive dissonance and is enormously frustrating. The clarity and cognitive dissonance may moderate my behaviours, but that’s not something ‘I’ have any control over, any more than I have control over my anger, fear and other reactions. I will do what I will do.

Like the future evolution of the planet, my future and my future actions and behaviours are not foreordained or predictable (there are too many unknown and unforeseeable variables), but neither are they controllable — ‘I’ have no ‘free will’ to change them, nor have ‘I’ or could ‘I’ have made any decisions that might have affected them such that ‘I’ would have decided any differently. CBT advocates are terribly misguided (and there’s lots of evidence to support that assessment) — CBT simplistically heaps shame on top of all the other self-judgements and behaviours the individual has no control over, in the absurd belief that will motivate and enable ‘self’-improvement. But there is no ‘I’ to self-improve. There is no ‘I’, period.

What then is the (uncontrollable) future trajectory of the character known as Dave, if ‘I’ am self-aware enough to recognize my reactions, fears and anxieties as they arise and know they are foolish, inappropriate, unhealthy, and possibly hurtful or dangerous, but also know ‘I’ have no control over these reactions?

Example: I am conflict-averse and often make what seem obviously suboptimal (in the long-term) decisions to try to keep the peace and so as not to immediately make anyone upset — it’s a very human proclivity to put off confronting a problem until it cannot possibly be put off any longer. When I do so I immediately blame myself for my cowardice (and get anxious about whether the later moment of reckoning will be even more explosive because of my procrastination). And then I get upset with others for putting me in this self-blaming, anxious position, and upset with myself for being upset with them. It’s pretty pathetic, but it’s a behaviour I fall into easily.

Suppose at some point, before there is no choice left but to face the issue, I decide to gird up my courage and confront the problem? Is this my ‘self’ exercising free will and choice? Not at all. At some point the pain of the two no-win situations reaches a tipping point at which my long-term dread outweighs my short-term cowardice, and this can shift over time. ‘I’ have no choice in the matter. It isn’t ‘my’ decision.

I’m clear about that, but the cognitive dissonance ‘I’ feel saying that is huge: it certainly feels like ‘my’ decision. My self rationalizes that I have made a decision, that I have ‘changed my mind’ and decided to act. But of course ‘I’ have not. The decision was made, but not by ‘me’.

And it gets even worse. Non-duality asserts that time is not real either — that all there is, is eternal. So there can be no hope that any of this will get better ‘over time’. Regrets and nostalgia about the past, dreams and fears about the future are all just mind-games, dis-eases of the self- and time-afflicted brain. But knowing that doesn’t make ‘me’ feel any better. It just ramps up the cognitive dissonance between my self’s absolute certainty that there is a past, a now, and the future, and the greater-than-my-self ‘intuition’ and ‘remembrance’ (those words come closest but neither expresses what this ‘knowing’ really is) that there is no past, no future, not even a now. No time.

My head hurts. It was so much easier when I just believed what I was told, and I am lazy — I don’t like to work hard. But there is, it seems, no going back. I’ve had a glimpse of the raw, astonishing, indescribable perfection of seeing what really is. My head is full of stars, my heart is full of hopeless anticipation, ‘I’ am standing at the precipice with my wings outspread.

And waiting. Having second thoughts. Nothing else I can do.