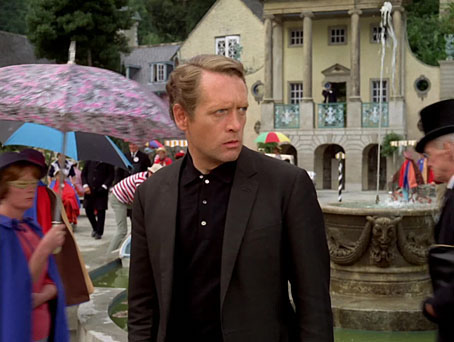 In recent weeks I’ve heard laments from several colleagues that their lives are so busy (mostly with the needs of of the moment — family, personal, health, financial and workplace struggles, and keeping their homes and other stuff in working order), that they have no bandwidth left for things they thought they’d have time for by now — activism, writing, volunteerism, beloved hobbies, building community, and just thinking about what they want to be doing next. Some wonder if they will ever have time for these important things — if they will ever have time for themselves. Time when nothing else urgently has to be done.

Our culture does its best to fill up our time so we don’t have any left to question or challenge the status quo. That’s a successful evolutionary strategy for any culture: Keep ’em with their nose to the grindstone, obedient and distracted to death. I tried to capture this when I coined Pollard’s Law of Human Behaviour:

Humans have apparently evolved to do what we must (the personal, unavoidable imperatives of the moment), then do what’s easy, and then do what’s fun. There is never time left for things that are seen as merely important. Social, political and economic change therefore happens only when the old generation dies and a new generation with different entrained beliefs and imperatives takes over. Humans have, through all of this, evolved to be a collaborative and caring species, and we are all doing our best — we cannot do otherwise.

After I retired, nearly seven years ago, I was looking for a peaceful place and a quiet period of time to take stock of my life, recover from all the then-recent major changes in my life, and start to figure out how to “give back” something in return for my blessed life, good fortune and privilege.

Initially, I plunged into clearing a massive backlog of things that had been waiting for ‘time’ to be done — cultivating new relationships, writing, composing, studying, volunteering, increasing my self-awareness and self-healing, and trying (mostly unsuccessfully — perseverance, focus, and attention to detail are not my forté) to learn some new skills and try some interesting local experiments. In striving to do all this I reached the point where my calendar was nearly as full as it was when I had substantial family and work responsibilities.

But now, I’m starting to say “no” to most requests of my time and energy: It seems there is no limit to the number of demands people will make of your time if they perceive you have a lot of it. And I’m starting to have the same realization about my 7 post-retirement years that I had about my 37 working years: While much of what I’ve done was seemingly important at the time, none of it has really accomplished (or seems likely to achieve) anything particularly enduring.

That’s not to say all these years have been a waste of time: What I’ve done, I’m told, has been helpful, useful, supportive, and instructive to many others. Perhaps that’s enough. But if those people have also accomplished nothing that’s enduring, what exactly is all that ‘helpful’ activity worth? Is our life’s work ultimately just about helping each other make the prison of our exhausting and struggle-filled lives more comfortable? Is there nothing to show for all the bother but a collective “feeling better about ourselves”?

When I first began to wake up some mornings with the magic feeling of having nothing to do, nowhere to go, it didn’t take long before the feelings of guilt over my privilege and “lazy” inactivity arose. And with them came an avalanche of shoulds: I should volunteer to do this. I should contribute to that, and help out with this, too.

But if, as I now believe, we can’t change our culture or prevent its desolating collapse, and if we have no agency, no volition, free will or choice over what ‘we’ seemingly do in any case, then the guilt is ill-conceived and pointless. The activists and humanists — the believers in choice and responsibility and the debt that comes with privilege — can curse me all they want, but I seemingly am doing the only thing I can possibly do, conditioned by my culture’s indoctrination and my innate nature. For the past seven years “the only thing I can possibly do” has been, most often, the shoulds. What will it be now?

When you finally have the rare and extraordinary privilege of not having to do anything, when you move past the guilt of that privilege and the tyranny of shoulds, and when you realize that you have no agency or control or will or responsibility for what you do, what do you do then (not what should you do — what do you do)? What sense can be made of the observation of what one consequently does (or doesn’t do)? If I am not, but still I expect things of myself, and others still expect things of me, what then? And what sense do I make of how it feels to seemingly do nothing, to just be? If all there is, is this — what is to be done?

What are some possible answers to these impossible questions?

Let’s set aside for a moment the desirable but improbable (or impossible) outcome that one’s self will just fall away, leaving the self-less character (that once thought itself to be a separate individual) staring at the world wide-eyed, seeing everything as new, seeing everything as it really is for the first time.

One possibility, that I’ve referred to before, is that the “seen-through” self will be treated as a chronic and likely incurable disease, not unlike any other disease: the “me” will just get used to this newly-apparent affliction and work through and around it as well as possible. The difference is that this incurable disease is one that everyone around us has, too — and most people are completely unaware of having it, and of the terrible consequences of having it. My sense is that more and more people will come to realize they have it, and search for a “cure”. If they are wise they will strongly resist “teachers” and anyone else who proffers a treatment for this disease, since it will be clear to them that as long as the self remains, there is no cure. Most, I suspect, will not be so wise.

Still, there is at least “making the prison of the self more comfortable”. But how comfortable can anyone be knowing that the prison is an illusion, that we are entirely self-confined? It seems likely that the frustration of this knowledge, and the cognitive dissonance of living a life seemingly in denial of our self-confinement, will far outweigh any sense of temporary comfort we can accumulate in our cells. We might even feel we are going insane, if it is possible to be more insane than believing the separate self is actually real.

Tony Parsons describes the feeling that arises when the contraction of energy produces the apparent self as “a sense of loss”. Yet the end of the self is also, apparently, a kind of loss. I wonder whether the meetings that he and other radical non-dualists have are really a kind of grief support group — except that this is a kind of loss (and therefore grief) that endures either until the self vanishes, or the body dies.

My other incurable disease (ulcerative colitis), because it has been in remission for so long, has only given me a dim sense of what it is like to live with a debilitating, chronic and incurable illness. At its worst, I remember it being so all-consuming that there were no emotions or thoughts whatsoever associated with it (they came later) — my entire energy at the time was caught up in the moment-to-moment coping process.

The disease of the self is more like a nagging, phantom, not-yet-identified disease — one that is not recognized or felt as real, even when one has great intellectual clarity that it is. I may understand that this disease underlies all my fears and anxieties and introduces a veil that mutes and muddies everything that is real, but that understanding does not alleviate the symptoms. And it seems not only possible but completely ‘normal’ to just cope with this disease — after all, we all have it, and if we act intelligently and responsibly we seemingly manage to live full and rich and successful lives in spite of it — even though we may know conceptually that ‘we’ are not real and that ‘we’ are in control of nothing.

Some people I know think it would be best for ‘me’ if I’d just “get over my self” — which apparently means behaving as if I didn’t know the terrible truth about it, and entails behaving as if I was responsible and in control, and as if I saw the ‘affliction’ of self as a mere invention, a self-indulgence, untrue and unreal. When I hear the same advice proffered to people suffering from other debilitating, incurable (and often poorly diagnosed) diseases, I can’t help thinking it’s cruel advice.

Although I am sure Patrick McGoohan wasn’t writing about non-duality in his brilliant 1960s series The Prisoner, it’s a brilliant allegory for it: McGoohan awakens one day to find himself in a bizarre prison “village” where the rest of the prisoners seem blithely unaware of their predicament. Throughout the series, he tries unsuccessfully to escape, and to identify who has imprisoned him and why. In the final episode (intriguingly entitled “Fall Out”) he gets a glimpse of his captor — which seems to be himself.

That seems to be where I am and what I am trying to do now — escape my self, despite knowing it’s futile to try to do so. With all my ‘free’ time, it’s the only thing ‘I’ can do.

1 Response to Fall Out