What Motivates the Self? 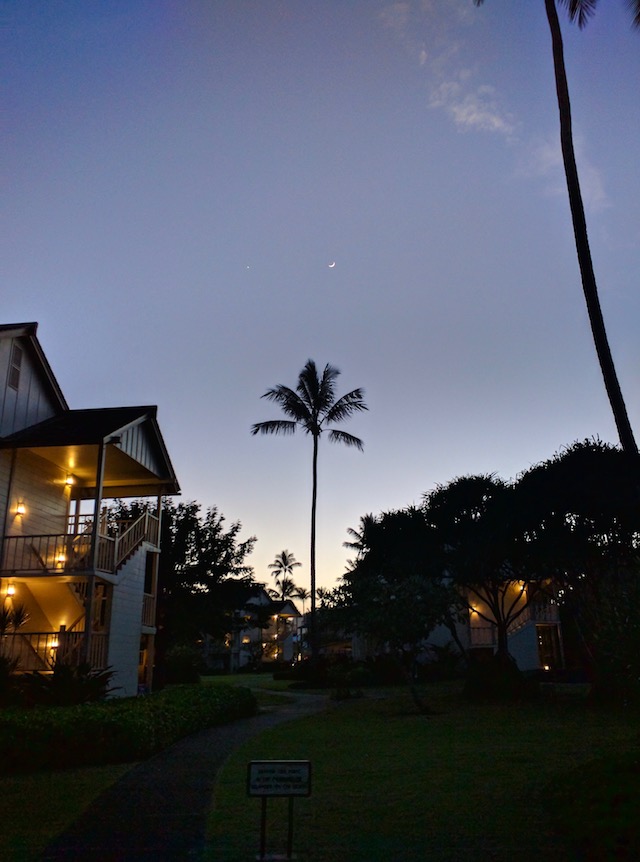 Non-dualists talk about the hopelessness of striving for liberation from one’s self, which some call ‘enlightenment’; it will happen, or it won’t, they say, and if it happens, it will be realized (by no one) that the self never was real. In the meantime, the best that a self-inflicted separate person can do is “make the prison of the self more comfortable”.

If ‘we’ can’t control (or lose) the self, perhaps ‘we’ can at least try to understand better what makes it tick. Why do some ‘selves’ seek attention or appreciation (or even fame), and others love and affection, and others fortune, or independence, or sensual pleasures? What makes the self happy? What motivates it?

I am currently vacationing on a peaceful, warm tropical island. I know warmth and beauty are things I seek. I also know I seek sensual pleasures. And I am heavily driven by aversion to fear and to conflict.

I’ve been conducting a few experiments to explore this question What motivates the self? Here’s what (I think) I’ve learned. (If you try any of them out yourself, I’d be curious to know what you discover.)

What does the self pay attention to?  Recently, whenever I’m inclined to take along a camera, I take binoculars instead. I’ve come to realize that taking photos is mostly about future gratification: to create (and show others) a great shot later, and to remember what was. Looking through binoculars, by contrast, is a totally immediate, present experience. Also, it’s visually richer (sharper, larger, stereo image) and commands attention in a completely different way. I notice more of the details, and savour them more. It’s more synaesthetic than photography. It engages the emotions more. It quietens intellectual processing.

My self, however, is disconcerted — it wants to capture and save and analyze the image, as it can with a camera, but cannot with binoculars. Instead, it goes to work trying to memorize, which of course is impossible (too many details), so instead it starts to describe in words. It wants to make meaning of it. It appears the self is reluctant to just look, without judgement or thought about what it sees. It doesn’t see any point or purpose to doing so.

Do some sensory experiences by-pass the self’s intermediation?  T S Eliot wrote: “Midnight shakes the memory | As a madman shakes a dead geranium.”  What is it about some highly sensory events that seems more profound than anything our self can conceive of? Even more than touch, smell is to me a visceral sensation, the sense least amenable to verbal description. Smells evoke memories, not of events but rather of ambiences, moods, or tenors of experience. They evoke certain strong emotions more powerfully than visual images, and quite differently from the way music evokes emotion. So I assembled a bunch of things that I love the smell of (candles with lilac and other essences, fresh-baked bread, raspberries, coconut, etc) and just took time, eyes closed, to inhale them and pay attention to what the scent ‘did’ to ‘me’.

Some smells seem capable of transporting me. My self seems to drop completely out of the picture when this happens. This is true even when the smell evokes a memory — normally the self, when it remembers, immediately starts constructing a story about what happened and what it meant. But when the memory is “shaken” by a smell, this doesn’t happen: There is only a recalling of what was sensed, what was felt, with almost no mental energy about context or meaning. It seems that some smells can ‘short-circuit’ the intermediary role of the self and connect directly to something raw and primeval, something pre-separation.

What does the self make of sex?  Some non-dualists say that sex is the closest the self-inflicted person can get to oneness, while others suggest sex is just a distraction, an unreal escape, like alcohol, from the self’s frustration and unhappiness. For most mammals and birds, sexual arousal is a rare state that seems solely focused on reproduction. But there are some exceptions. For bonobos, sex with others is apparently a key means of calming anxiety (average frequency, even in very early childhood, is five times a day — and it’s always consensual — but the duration of each act is usually quite short). And while humans aren’t the only animals that masturbate, finding it pleasurable seems to require that there be a ‘story’ to go along with the sensation (a recent memory or fantasy). The unprecedented frequency and duration of aroused self-stimulation among humans suggests our selves, and their stories, are much more developed and complex than other animals’.

So it would seem that sex is important to the self because it calms some of the ‘helpless’ feelings (uncontrollable fear, hopeless grief, impotent anger) that the self is directly responsible for producing in the first place (only creatures with selves that feel they are in control of the situation can possibly feel such conflicted emotions). It would also seem that sex is important to our selves because it keeps ‘us’ addicted to the ‘story of me’. Once the self falls away, sex may well cease to be an imperative, a preoccupation, a needed mitigator of debilitating emotion, and may become no more or less important than any other pleasurable diversion.

How is the self involved in the creative process? I recently wrote (at the end of this post) that I wanted to practice writing every day until I had produced some small creative work meeting certain specific criteria. Just before that I had written what I thought was my best creative work in nearly a year, a short piece called Invisible. My subsequent “miniatures” haven’t nearly measured up. Why not, I wondered, when I have the criteria right in front of me?

Was Invisible produced, I pondered, in spite of my self? Did my self have anything to do with it, with the right, clever words and well-articulated phrases just coming to mind, the appropriate metaphors, alliterations, allusions, rich images, ironic observations (with a little critical editing of course)? If the conscious self/mind is not involved, where does this creativity come from: Is oneness speaking through me when my self temporarily and briefly gets out of the way? Sometimes it seems that way. I am aware that while this piece was pretty good, much better writing yet is possible, and my sense is that I’m on the cusp of producing something exceptional. That’s why I have tried to work at it (and many great writers insist that the principal necessary precondition to great writing is the disciplined practice of writing every day). But working at it, trying, seemingly makes no difference. Good writing comes, or it doesn’t. Perhaps it’s like the falling away of the self in that way. Perhaps the two are connected.

It’s a strange disease, this grasping, ubiquitous self. It wants to do its best for ‘me’, which it equates with itself. It knows it doesn’t exist, but doesn’t seem able to come to grips with this understanding, to ‘real-ize’ it. It wants ‘me’ to be happy, but not at the cost of losing itself. When it falls away, there are brief, astonishing glimpses of all-there-is, enough to persuade any self that that reality is the only real one, and is safe and whole and leaves no reason whatsoever for the self to have to hang around — but still, instead of getting out of the way for good, the self comes back, insisting it has more work to do.

When I do experiments like these, there’s a tendency to start think of the self as something separate from ‘the real me’. That’s the critical failing, I think, of non-radical (traditional) non-duality teachers — they encourage this evidently dualistic belief that ‘behind’ the self there is some real, authentic you, free of all the anxieties and negative feelings and useless thoughts that the self has. But all that does is to create yet another ego, another separation.

So while it is useful to see the self from a third person perspective, as these exercises were designed to do, I think it’s important to recognize that I am my self, and the self’s failings and delusions are mine. Denying that is just a mind game, another level of delusion.

There is no me, no mind, no self. But as long as there appears to be one, it seems only prudent to try to get to know it, not as a flawed room-mate, but as my self, the cause of ‘my’ disease.

3 Responses to What Motivates the Self?