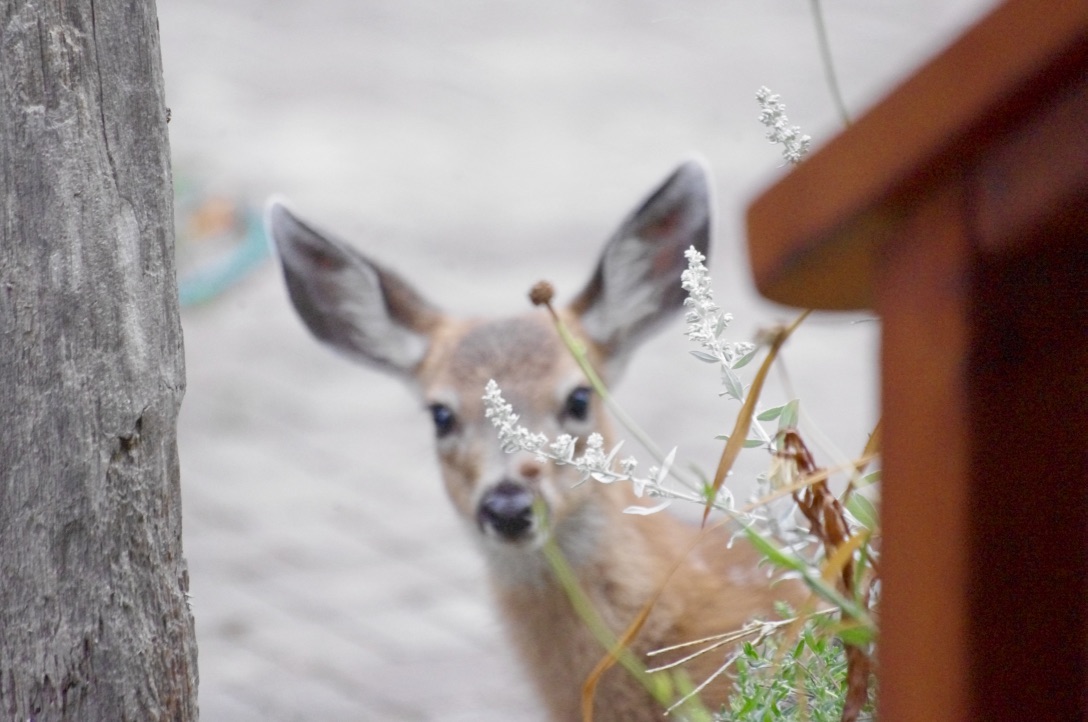 Scientists of all stripes are beginning to discover that the primary tool of science — analysis, the separation of things into ‘discrete’ parts and the modeling of their ‘separate’ behaviour to try to explain cause and effect (and everything else) — is pretty seriously flawed. As a result, their models of reality are beginning to converge with those of some modern philosophers.

Gould and Lewontin have written that the attempt to study genes, organisms and their environments as if they were separate entities is a largely hopeless process, because these elements of life co-evolve in such an intricately intertwined and complex way that teasing them apart is impossible. We are, they explain, pluralities, and inextricable parts of everything-that-is.

Cohen and Stewart have written that our sense of being separate ‘selves’ is a mental construct, an unreal ‘figment of reality’, and that this sense was an exaptation — an accidental consequence — of our brains’ “feature detection system” (the centralized capacity to recognize qualities outside the ‘complicity’ of the body’s constituent organs and environments that evolved for their collective benefit), when that system turned inward and began to explore and try to make sense of ‘itself’.

Radical non-duality asserts that this illusory sense of separation is unnecessary and even deleterious to our bodies’ functioning, causing needless anxiety and suffering that accompanies the delusion of personal agency, responsibility, control, choice and free will.

Cognitive scientists are now confirming that this separate ‘self’ can indeed not be located, and that the brain’s apparent ‘decisions’ are actually after-the-fact rationalizations for what the embodied and enculturated complicity we think of as ‘us’ has already begun to do. The only way the brain can ‘make sense’ of actions, once it tries to factor a separate self with agency into its equations, is to incorrectly attribute decisions to its ‘self’ — and then second-guess, regret, blame or congratulate its ‘self’ for them.

Some physicists are now doubting the existence of time as anything more than a mental construct. Just as the brain (the feature detection system) assigns colours and other qualities to what it ‘sees’, when those colours aren’t real, just a coding system, it assigns times to what it ‘recalls’, when there is actually no past or future. It’s a convenient way for the brain to categorize, but it seemingly does not represent anything real. Everything-that-is is timeless. Eliminating time from what is allegedly real vastly improves and simplifies many scientific models, from quantum theory to astrophysics.

None of this is currently helpful, or even especially useful, which is undoubtedly why neither scientists nor philosophers coming to this realization (often reluctantly) are talking about it very openly. Science, and the brain, hate anything too complex to be known and understood and acted upon — it prevents them from doing their work, and casts profound doubt on their hard-won models of what is. Even some radical nonduality proponents worry aloud (needlessly IMO) that most people (or at least their brains) can’t handle the truth that the self, and free will, don’t exist (and that life, therefore, has no meaning, and that nothing matters).

It would profoundly change the nature of both science and philosophy to acknowledge that reality is not knowable, not explainable, that nothing is separate, and that everything-that-is is a mystery. The word mystery has the same root as the word mute, and neither scientists nor philosophers like to be rendered mute.

Nevertheless, I believe it will come to that. Scientists can only ignore the facts for so long before reluctantly relenting. And we are such curious creatures that we would prefer accepting mystery to being lied to. And if we in fact have no real selves and no free will, that acceptance won’t change our behaviours, and might relieve some of the guilt, fear and other stressful feelings that stem from a belief in our agency over our actions. That might in turn begin to modify our enculturation of our children and each other. I have a fanciful idea that, in time (our species are after all newcomers to life) this might lead to us doing much less, and just being more — and ultimately ceasing our incessant chatter about what to do and what we think we know, and becoming, once again, mostly mute, simply enjoying the wonder of all-that-is.

In the meantime, while it can’t be helped, we have no choice but to suffer with the illusion of our separation, our self-hood, and our supposed agency. It gives the term ‘separation anxiety’ a whole new spin. It’s an affliction, as real to ‘us’ as a lifelong hallucination, and it’s highly contagious. Collectively, it’s what I have called ‘civilization disease’ — the mental and often physical illness that accompanies the stress of believing what seems obvious (and what we’re told) but which is in fact completely fabricated by the brain in its obsession to try to make sense of everything, including its apparent self.

It seems to be in the nature of the self to try (hopelessly unfortunately, since it has no agency) to maximize pleasure and minimize pain. Modern humans have found many ways (drugs, amusements, comforts and distractions) to escape the pain of civilization disease. No blame in that — we have no choice after all, and our embodied and enculturated conditioning naturally tends us towards such preferences. This is what radical nonduality refers to as “making the prison of the self more comfortable”.

The creature apparently writing this seems to have an innate preference for comforts over other forms of escape. I like to read and learn new things, to lie on a warm beach, to surround myself with beauty. I like tart flavours, moody lights, well-crafted music, writing, art, and other gentle sensory pleasures.

I have lost much of my interest in conversation and in story (whether written or in audiovisual formats); these are too personal, now, too close to the bone of self, too much a reminder of the disease. Even my short stories, now, are about rejection of the old stories, and about imagining what might be possible if we can move past them.

I know that in writing all this I am running the risk of annoying readers who find this message disturbing, or even see it as evidence of mental illness or indoctrination. I ran the same risk when ten years ago I began conveying my then-new belief that our civilization is inevitably in its final decades, and could not and should not be ‘saved’. This blog has always chronicled my evolving sense of what’s possible and what’s true, and I’m not about to self-censor now. I’m not looking for anything from readers; if you find this interesting or even comforting, that’s great, but if you don’t please just stop reading and go read something elsewhere that resonates more for you.

Coming up, some new poetry and music I’ve been working on.

Image by the author.