Michael Pollan Has Lost His Mind 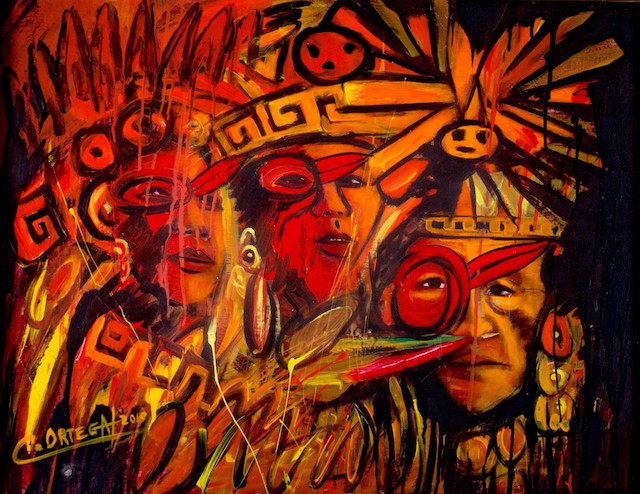 Michael Pollan, famous for his books on cooking, food and nutrition (“Eat food. Not too much. Mostly plants.”), is about (May 15th) to release his latest book How to Change Your Mind: What the New Science of Psychedelics Teaches Us. Michael gave a long and wide-ranging interview about the book to the less-annoying-than-usual Tim Ferriss, and Tim’s podcast and interview notes are the basis for this article.

The book describes the parallel changes in both the medical and social communities in attitudes toward psychedelics, a word that literally means “mind-loosening”. He urges the medical and regulatory community to be open-minded and humane in allowing research on and subsequent use of psychedelics as a managed therapy for a host of mental illnesses (including depression, anxiety, phobias, obsessions, addictions and PTSD). These diseases, he says, have in common that they occur when “the default mode network” (a series of connections in various parts of the brain that usually launch our thinking and reacting processes) becomes overly rigid, and caught in repetitive loops. Drugs found in plants such as psilocybin mushrooms, ayahuasca, 5-MeO-DMT, and synthetics such as LSD have been shown to quieten this network and its pathways and lead to powerful, long-term healing of these diseases, even with only a few doses.

There are of course dangers: people with already-disrupted default mode networks (those with psychoses, schizophrenia etc) can react badly to these drugs, and bad trips for anyone can be very unpleasant and have serious consequences. For this reason, Michael advocates avoiding the carelessness with which these drugs were used in the 60s, and wants us to develop secular community-based support groups with people experienced at guiding people safely through trips (“flight instructions”) and helping people to integrate and interpret them afterwards, before rushing into full legalization.

Michael describes his own personal trips as well as findings from many others he spoke with, as leading to the dissolution of the ego, ie “non-dual” realization and the “merging with something larger than you”.

When asked about Michael Pollan’s earlier description of this dissolution, Tony Parsons (at a meeting of his I attended last year in Wales) seemed to dismiss it as “probably just another experience”. Tony asserts that any “experiences” are experiences of an individual (self/ego) and hence nothing like the true falling away of the self and the seeing of natural reality. I’m inclined to believe him, though Michael’s description certainly matches at least the “glimpses” that have led many (including me) to believe that the self is an illusion (and “a useless bit of software” that arose as a consequences of the emergence of large brains).

What is remarkable to me is the degree to which Michael’s description of the discoveries and ideas that came from these experiences or events parallel the messages and insights into the nature of reality of many people in a wide array of disciplines — so-called “spiritual teachers” (Eckhart Tolle, Adyashanti, Rupert Spira etc), philosophers (John Gray in Straw Dogs: “We act in the belief that we are all of one piece, but we are able to cope with things only because we are a succession of fragments. We cannot shake off the sense that we are enduring selves, and yet we know we are not.”), scientists (Stewart & Cohen, Richard Lewontin), and artists (Jim Carrey, Terence Stamp, etc).

Tony has commented that the likely reason there are so few articulating this message is that (a) the loss of the self is not really an experience or event (it’s a realization that the self never existed), (b) it just isn’t in most people’s nature to question or to speak publicly about inexplicable “life-changing” events that leave no trace, and (c) it’s really impossible to put into words, since language is an invention specifically to facilitate communication between acknowledged separate “selves”.

Michael says this is reflected in the gushy, inane, often incoherent descriptions of many people who have “experienced” this (though it isn’t an experience). It’s impossible to describe. It’s not “higher consciousness” (in fact there is generally a quieting rather than a focusing or concentration of the mind). It’s not “consciousness” or “awareness” or “presence” at all — it’s absence, loss. Liberation, from the affliction of the self.

If Michael is right, and presuming we don’t extinguish human life on this planet before it happens, it might theoretically be possible to treat and even cure what I have called Civilization Disease” (including all of the aforementioned mental illnesses, and likely many related chronic physical illnesses and the general anxiety most of us have come to accept as “life”). If that were to happen, we might see a sudden large-scale walking away from our ruinous global industrial civilization, which depends utterly on our culture’s stranglehold over our “separate selves”. If enough of us “lost our selves”, how might the trajectory of the human species then shift? Would we learn, once again, how to live in community as one with everything around us?

If Tony is right, this won’t be possible; psychedelic drugs might enable us to glimpse, and to long for, oneness, but they won’t enable us, in any functional or enduring way, to “lose our selves” and just be, as we were before our selves arose in early childhood.

My guess is that Tony is probably right — the self has too strong and too established a grip on the creatures it inhabits to be shaken by medicines that briefly short-circuit the brain that gave rise to it. Sometimes I even question whether post-civilization societies, living without the stresses and barrage of information and distraction and propaganda that characterize the era of human civilizations, will escape the affliction of separateness and self-hood. We might be just inherently, as a species, too smart for our own good.

Still, the idea of separation and self-hood as a mental illness that might be treated by medicines that “loosen the mind” — liberating us from most mental and chronic physical illnesses in the process — is intriguing.

But I’m deeply skeptical. We are complex creatures, we humans, and every body is different. We may have a deeply transformative experience under the influence of these medicines, and some may find they heal some of the ailments that have defied all other attempts at treatment, at least for a while, maybe longer, and that’s wonderful. But what then? Things are the way they are for a reason, and I wonder if we are already too damaged, and if our propensity to do things that don’t seem healthy for us can ever be “cured”. We may briefly escape the damage that the self inflicts on us. But that will not destroy the self.

There is nothing to destroy, after all.

4 Responses to Michael Pollan Has Lost His Mind