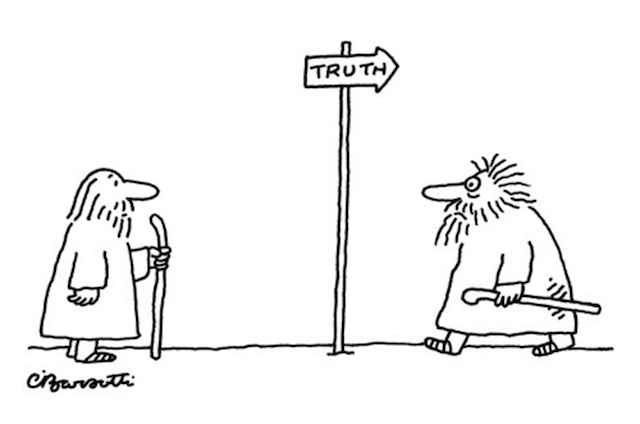 This past weekend I attended a get-together of about 20 enthusiastic, knowledgeable people on the subject of radical non-duality, organized around the (rare) visit of Jim Newman (Non-Duality Dude) to North America.

The message we shared was the same elegant, uncompromising, hopeless message I’ve written about ad nauseam on this blog. The gathering was a deep dive into that message and its implications (for no one), and was relatively free of the questions and assertions about spirituality, enlightenment, process, purpose and journey that (IMO) indicate a lack of understanding of the radical non-duality message, and which often arise in such meetings. Many thanks to Rita and Jim and the organizers and participants who made it so thought-provoking, and such fun.

While I have, for now at least, fully embraced this message (it just makes sense to me intellectually and intuitively, resonates in a way I can’t explain, and jibes with what science is now beginning to postulate about the nature of time, space and the self), I noticed that my self was furiously asserting itself throughout the weekend, despite my determination to just sit back and pay attention. I caught my self (but of course couldn’t stop my self from):

Who was ‘I’ trying to impress? Not the (apparently) smartest and most attractive and most equanimous people in the room, not really. I was trying to impress my self, reassure my self. It was my self that was jealous and curious and reactive. None of my behaviour had anything to do with anyone else in the room. It was, sadly, all about me, scared, lost me, hopefully (if not expectantly) and impossibly seeking, to realize, or at least to more fully know and appreciate, the truth of this message. And it was me who then felt ashamed of my behaviour, disappointed in my self, angry with my self, absorbed in self-ish anxiety.

This was and is, of course, the only way I could have and can behave. No one really has any self control, or control over anything. But that didn’t make my behaviour any less discouraging to observe.

I think this is likely a universal attribute of the self, this compulsion to impress, to get attention and appreciation and reassurance, and to be reactive and absorbed with self-judgement. That is not to diminish in any way the role that trauma and abuse play in the chronic mental struggle and misery that many (most?) suffer with. Look at the most obvious public example, Der Drumpf, and you can see the acting out and reacting to some dreadful constantly re-triggered past trauma, in the desperate seeking to impress, for endless attention and appreciation and reassurance, and in the fierce, compulsive, reactive negative emotions that absolutely define him.

But even without a traumatic past, my sense is that every self, in the desperate search to be free of the unsatisfactory, terrifying sense of separation from all-that-is, is endlessly driven to impress and to get reassurance that it is on the right track, that it is really OK, and that it is not utterly alone. We can’t help our selves. We are all ceaselessly trying to heal ourselves (our selves) and others we care about.

In radical non-duality terms, this healing effort is a manifestation of the attempt to make the unescapable prison of the self more comfortable. Mine has probably always been more comfortable than most, and my appreciation of the message of radical non-duality seems to have made it more so. My anger now seems to dissipate faster; my fears, once they’re recognized as that, and seen as unfounded and unhelpful, seem to be less overwhelming.

Most notably, my self has found that it is somewhat liberating to realize, at least intellectually, that it has no choice, no free will, no control over or responsibility for anything. That no one is to blame. Despite the apparent complexity of reality and of agency, it’s actually even simpler and more hopeless than that. There ‘simply’ is no you that can do anything.

Somehow to me, everything seems a bit easier with that perspective. Each time I thought up a question to ask Jim, thinking a bit made me realize I already knew the answer, that it truly is even simpler and more hopeless than we can imagine. Obvious, even.

We are conditioned to think of our selves as ‘residing’ within a particular brain and body. So it was illuminating to hear Jim remind us that “the me (the self) arises simultaneously in everything”. Not only am ‘I’ an illusion, but the perception that ‘I’ am located in a particular place is also an illusion. Everything separate is an imagining of the self.

I find this mind-blowing. Why do we have this sense of location? Actually, for no reason, but it is conceivable that the (self-)invention of the self requires a pretty heavy-duty brain to conjure up, and requires the affirmation of its ‘reality’ through the feelings of the senses and body, and through the relentless cultural conditioning of other selves insisting that we are inextricably located in (and hence responsible for) this particular brain and body. If the self is an illusion of the human brain and body, it’s perhaps understandable that the self perceives itself as located in the brain and body that created it. It is in a sense inseparable from its creator; even before it claims ownership of that brain and body, it realizes it has nowhere else to go.

And everything the illusory self thinks is happening to it is just an experience, a story, an embodied, felt rationalization, and inherently as unreal as the self that invented it. Yet each experience is so compelling the self feels it as real, just as a powerful film makes us feel that its characters and plot are real and we are personally a part of what is happening. The film is just a clever trick, and so is the self.

Someone at the meeting used the word radiance to describe the indescribable everything that just is. I like the term because it’s less mystical, more energetic and less abstract than a lot of other terms often used to describe it. It has a gerund-like sense of amorphousness (somewhere between noun and verb, but not really either) to it, that suits a word trying to “eff the ineffable”. Quantum scientists like Carlo Rovelli and Sean Carroll are starting to describe a universe that “just is”, like an infinite, timeless field of limitless potential. Even if it’s just a metaphor, ascribing radiance to it seems helpful, and a bit poetic.

And as happened with my visit with Tony Parsons in Wales last year, we pondered, as the event drew to a close, why anyone would be compelled (since we have no free will) to come together to discuss such an absurd, hopeless, useless message.

And we wondered, as well, why there aren’t millions coming together to discuss such an awe-inspiring, liberating, elegant, curious, internally-consistent, science-supported message. The possible answers to that are manifold, and endlessly fascinating.