I posted a special ‘links of the month’ in January to showcase some important new writing about civilization’s collapse, so this quarter’s links are a bit lighter in both volume and tone than usual. Hope you enjoy them. 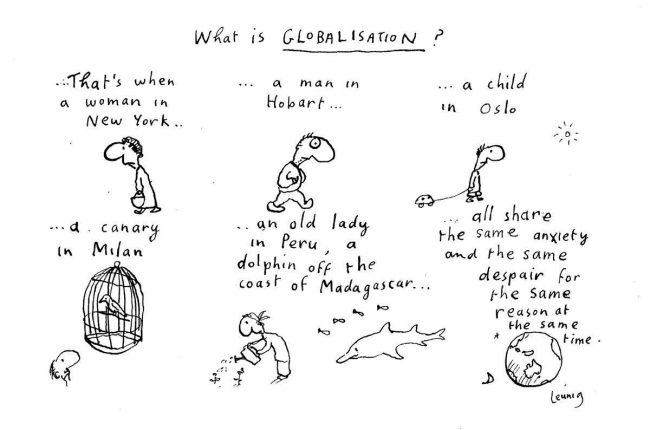 cartoon by the brilliant Michael Leunig

David Suzuki Says “We’re not going to make it”: He still talks about what it would take, but he’s given up hope that climate disaster can be averted. Noam Chomsky is getting close to the same viewpoint. 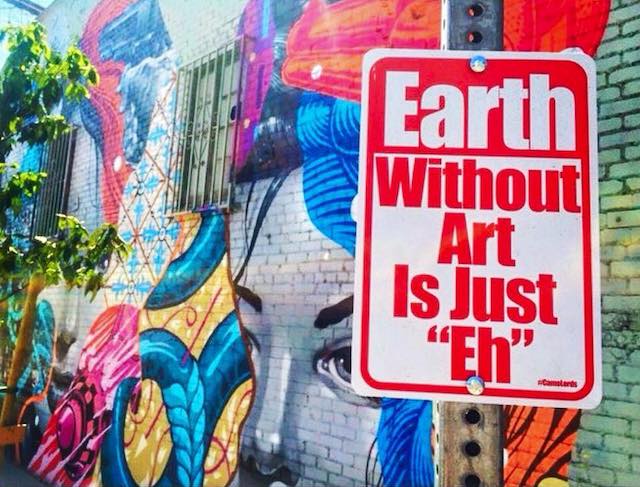 image sent to me by my friend Ron Woodall

Irish Koans: A new collection and translation of Zen koans suggests that the Irish language, with its propensity for mystery and ambiguity, is particularly suited to the understanding of ancient koans, and that a core message of them is non-duality:

What became abundantly clear to me when I started investigating the koans more closely was that there is one fundamental message permeating through a great number of many of the more well-known classical koans and that is the message of non-duality. Non-duality simply means ‘not two’. We all have the perception that there is an ‘I’ inside our body and that ‘I’ is looking out at a separate world. In other words, that there is a subject and an object observed by that subject, a knower and a known, a seer and a seen, a hearer and a heard. What many of the koans help to discover is that the knower and the known are, in fact, one and the same.

A Theory is Often a Reflection of its Creator: A brilliant critique by the Corporate Rebels of naive thinking that organizations can ‘reinvent’ themselves, that some oft-cited large organizations epitomize sustainable democratic principles, and that the “integrative thinking” model (of Wilber et al) is anything more than an arrogant idealistic exercise in wishful thinking. One of the best and most courageous examples of critical thinking I have read in a long time.

The Lancet on Diet: The esteemed medical journal weighs in on the advantages of a balanced plant-based diet for our health and the health of our planet. And so does the new Canadian Food Guide, free for the first time from food industry lobbying.

Craigslist Founder Refuses to Sell Out: Craig Newmark is a billionaire despite the fact that he’s never sold out to venture capitalists who want to ‘monetize’ (ie charge money for) the amazing free service he offers.

Why We Feed Birds: The wonderful Cornell Lab of Ornithology asks if we even should. The answer is a resounding yes, but mostly for our benefit, not theirs — they don’t need us.

How Not to Dominate the Conversation: Chris Corrigan suggests that rather than ignoring or fighting the power dynamics in a conversation or discussion, acknowledge and work with them. 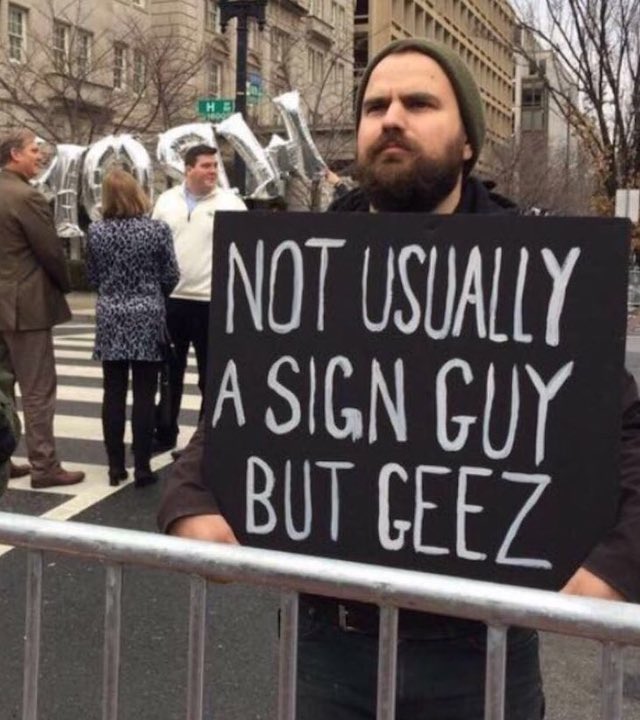 All Depends on How You Ask the Question: But have-your-cake-and-eat-it-too Canadians seem to want more pipelines, urgently, plus actions to stop climate change. The increasingly right-wing Trudeau “Liberal” government seems hell-bent on ruining our environment and climate with its reckless energy development agenda, and ultra-conservatism is now creeping into its public political stances, notably its ganging up with other conservative regimes calling for the undemocratic overthrow of the government of Venezuela. Astonishing that it takes the conservative Globe & Mail to call them out on this, and also to call them out on our government’s tepid response to the rise of right-wing extremist white nationalist terrorism.

The Colonization of Activism: Jane Anne Morris explains how the work of activists has been colonized, coopted and de-activated, and what would be needed to make it effective again. Thanks to Tree Bressen and Paul Cienfuegos for the link. 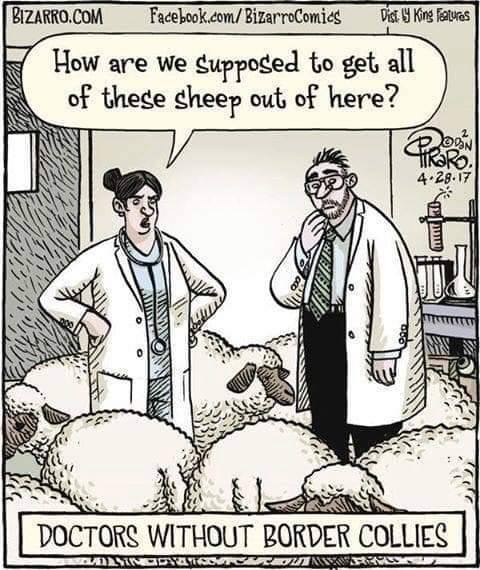 image from the Bizarro facebook page; thanks to Sam Mills for the link

Scary Time for Men and Boys: Lynzy Lab sings a brilliant, scathing rebuttal to 45’s assertion that thanks to the metoo movement it’s a “scary time for men and boys”. The unusually large number and proportion of anonymous “thumbs down” for this video is telling.

Not Going Back: Another compelling appeal for us to stay on daylight savings time all year round.

Time Lapse Map of Europe Since 400BC: Learn more about European history in 11 minutes than you did in any of your history classes.

Stunning HD Footage From Hawaii: Ryan de Seixas shows you some of the incredible scenery we get to see in Hawai’i (from where I’m writing this). Extra: manta rays’ mating ritual.

The Return of Humpbacks: My friend, geologist and videographer Bob Turner, chronicles the recent return of humpback whales to the area of my home, the Salish Sea.

Georgian Music: Georgian music boasts a unique, somewhat haunting form of polyphony. If you’re not familiar with it, check out Orera, or the astonishing voice of Salome Tetiashvili. Thanks to Raffi Aftandelian for the first link.

Beautiful Maps of the Earth’s River Systems: Cartography as art. Thanks to Tree Bressen for the link.

We Don’t Stay: A lovely new song about our disconnection from our past. Watch the eclectic, subtle electric guitar work of Anthony da Costa quietly steal the show.

Speaking Shetlandic: Let your ear accustom itself to Scottish poet laureate Christine De Luca’s conversation and it will teach you much about language in general. The poem she reads is transcribed below. 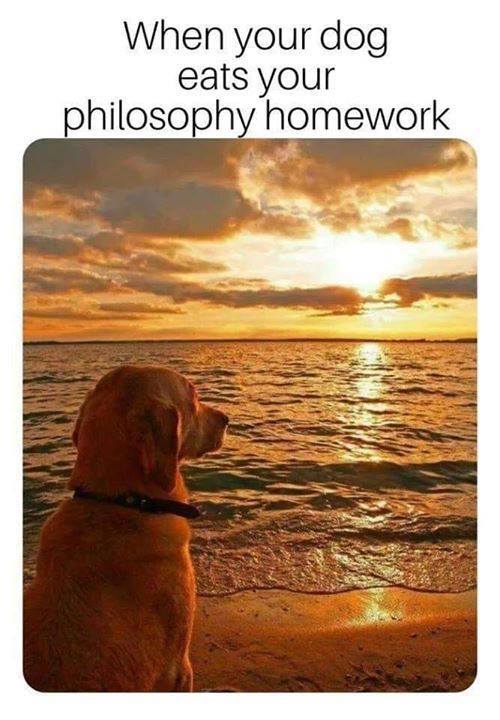 From Nicolette Sowder, at Wilder Child (thanks to my friend Kim Howden for the link):

May we raise children who love the unloved things – the dandelion, the worms and spiderlings. children who sense the rose needs the thorn, who run into rainswept days the same way they turn towards sun. And when they’re grown and someone has to speak for those who have no voice may they draw upon that wilder bond, those days of tending tender things, and be the ones.

Little wild one, remind me how to run again barefoot through the pathless woods. Show me where the fairies hide messages in curled up maple leaves. Show me treasures, rocks and feathers, frogs that beckon us forward, forward through the curling grapevine. Lead me under a moon that is as full as our pockets, past chicory & mushroom rings, down, down to the river where I can see myself, as if for the first time, peering back at me.

From the Writing About Writing FB page:

It’s the way a cat fawns, a bird flaunts,
a dog recoils and whimpers;

or a whale sends a long distance message.

It’s the way our fore-fathers moved
to the forest floor, and in the tonality

of their vocal chords said ‘I’ and ‘you’
in a thousand different ways;

picked up the grammar of polemic
and persuasion,

the lexicon of lewd and lovely,

the tenses that made sense
of time past and time to come.

It’s the borders, armies and classes
that cornered the limits of Language:

Patois or Pidgin; Colloquial or Kailyard;
Vernacular or Slang.

It’s the famous thesaurus that suggests
three meanings for dialect –

other than
dialect in language –

It’s the funding that flows
from decisions;

it’s the boundaries and commissions

that decide that ‘pub’
is kosher in Norwegian,

but only if pronounced püb;

dat Hrossagaukur(3) an Snipe
is language