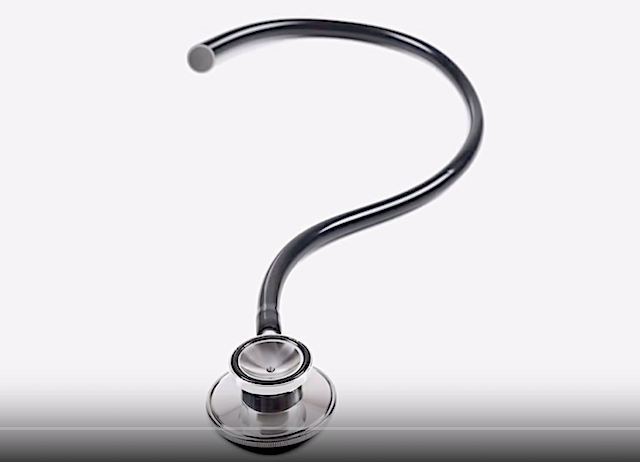 There’s a new survey that suggests that 1/3 of Canadians, up from 1/4 in the last survey, are “skeptical” of scientists and scientific research. And globally, 45% say they only agree with science “if it aligns with my personal beliefs”. It’s part of an ongoing survey of attitudes by 3M corporation on the subject.

At first blush, I find these findings mystifying and alarming, but they actually do make some sense. The truth is, we do tend to see things that agree with what we already believe (or want to believe) as more credible than things we don’t believe, regardless of the quality of the science behind them. We do like things to be simple, and in the 3M surveys the #1 reason given for science skepticism is “too many conflicting ideas”. There is considerable financial and political incentive to fake or obfuscate “scientific” data, and the more fake data and lies we hear everywhere every day, the more our skepticism about all facts is inevitably likely to grow.

And when scientists align themselves with lying or partisan institutions, and accept money on the basis they will only publish the results of their research if those results support the sponsors’ objectives, they discredit all science in the process.

I am skeptical of any reported scientific study until I am persuaded it is free from confirmation and other bias and from selective inclusion and exclusion. But once I have been persuaded that the research is unbiased, coherent and thorough, I am all over it. Science has changed my life in profound ways:

I hold some scientifically-based beliefs that cause great dismay and even insult to some close friends.  I do believe, so far, that while I am sure the symptoms felt by sufferers are quite real, electromagnetic waves are not actually a cause of illness. I do believe, so far, that while vaccines are bizarre, the vaccines designed to inoculate against crippling and fatal diseases have saved millions of lives, and I believe that vaccine toxicity risks are far outweighed by the risks to our whole society of a significant portion of the population refusing to be inoculated. These beliefs are based on very large and compelling studies by earnest and unbiased scientists.

As a sense-making creature all too inclined to see patterns before there is any real substance to them, I am vulnerable to conspiracy theories (the Epstein ‘suicide’ being only the latest of them). Despite this tendency, I am unaware of any such theories that I still find particularly persuasive, and that includes those surrounding 9/11 and UFOs. The problem with almost all significant conspiracy theories, IMO, is that they require too many smart people doing too many smart, coordinated things and covering them up without any of them leaking the truth. Eventually, nearly always, as Shakespeare said, the truth will out.

That doesn’t mean that the tobacco industry didn’t bribe and lie to protect its profits, directly causing the agonizing illness and premature death of millions, or that the food industry isn’t doing precisely the same thing now on an even larger scale. That’s not a conspiracy — it’s overt, deliberate, and ignorant, and science will, in the end, halt these terrible tragedies. Just as oil company executives I’ve spoken with continue to assert that climate collapse is a myth, or at least that a gradual shift to renewables will prevent it, they are also terrified for the health and welfare of their children, and suppressing, as long as possible, their doubts. Eventually, but too late, science will persuade them.

Part of the predicament is that we don’t want to believe things that upset us and disillusion us of our beliefs, especially our beliefs about ourselves. For people who have been told, all their lives, that they’re successes and role models, it is agonizing to realize that everything you’ve done and believed in is a lie. Such a shift, even in the face of overwhelming evidence, will never come easily.

We’re all afraid of dangerous truths, truths that threaten our core beliefs. That’s human nature. We’re all just doing our best, and that collective effort has wrought the sixth great extinction and climate collapse. Nothing evil, no one to blame — just stupidity, ignorance, stress-induced mental illness, and the hubris that is in our nature. We’re way too smart for our own good.

Also, as much as I love it, I acknowledge that science has its limitations, and they’re actually quite severe. Science constructs a model of reality, using the best available ‘evidence’, which is often not very good, more wishful thinking and hypothesis than verifiable fact. It’s just a model, just as a map is a model of the territory. Of necessity, this model is a representation, and an enormous simplification. The more detail we add to the model, the more interesting and sometimes useful it is, but it is still just a model. It cannot fathom infinity, and infinite complexity, because it is merely complicated, as a massive computer is compared to a human brain. We may intuit the true nature of reality, but science cannot hope, with its blunt and limited tools, to describe it for us.

And in the process of simplification, we lose so much — possibly everything. The very process of ‘analyzing’ — breaking (our understanding of) what exists down into separate discrete parts — destroys much of the essential truth of the whole. And that’s a scientist’s view.

Perhaps even worse, scientists are forced to generalize, and then they’re forced to admit to the loss of much of the utility of what they have found, as they try to guess how what is known about their tiny sample might apply to the whole population — or not. Every generalization is, in a way, a lie, and often a dangerous one. Sometimes it helps us, and sometimes it leads us astray.

So when, thirteen years ago, I went to the doctor, having already lost 30 pounds, so much blood that I could barely stand, and was in so much pain that, each night, I prayed I would be able to sleep and never wake up, I already knew I had ulcerative colitis. I did not know that it was likely caused long ago by the damage my awful youthful diet, and eight years of high-dose oral tetracycline in my teens (then the preferred treatment for serious acne), did to my gut flora. I did not know that the stress of a single piece of terrible news was almost certainly the trigger of this near-death experience. But I know now, and that scientific knowledge has arguably saved my life, and certainly lengthened it and made it much healthier. And that knowledge has also increased my resilience in the face of other stressors.

But science, in its rush to generalize, to make its findings ‘useful’, can also hurt. Every body is different, and doctors and scientists who fail to appreciate this can cause terrible suffering. My body cannot tolerate steroids, for example, so the first attempt to ‘cure’ my colitis almost killed me. Likewise, my extreme reaction to going off a prescribed anti-depressant “cold turkey” years earlier, was so far outside the norm that my doctor said it was “unheard of”. The medical books describe the body as a complicated mechanism, when it is actually a complexity, a complicity, something that is not apart from its environment and everything else in this infinitely mysterious world. No surprise the medical scientists get so much wrong. Sometimes even our insistence on large amounts of ‘evidence’ can cause us to do wrong.

It is almost certain that, as our fragile and untethered climate spins more and more into unimaginable and unpredictable extremes, we will try, desperately, fruitlessly and insanely, to use our minuscule knowledge of the geologic and atmospheric sciences to restore its stability — geoengineering. The last time such scientific extremism was used to address a global predicament the result was the atomic bomb. Such extremism is almost certain to end badly, because, again, we have no idea what we’re doing and what the consequences of geoengineering are. This is the dark side of scientific knowledge. We think we know, but we don’t.

Equally disturbing is the ludicrous belief of many that science can solve predicaments — not only climate collapse, but ‘sustainable’ energy (ie the laws of thermodynamics), complex and chronic diseases, finite resources, the limits to growth, human ‘misbehaviour’, and even human mortality. Sadly, as we become less naive and disillusioned about science’s vast limitations, our ‘skepticism’ about it is likely to grow to even higher levels.

And every new science-based invention brings with it (not scientists’ fault of course) unanticipated side-effects and technologies that exploit it in unexpected and harmful ways. Nuclear science gave us the bomb. The passenger train enabled gas chambers. Agriculture science gave us DDT, and trans fats. Refrigeration science gave us CFCs. And the Internet… well, you get the idea.

Still, IFLS. One of my few endearing qualities is my insatiable curiosity, and my insistence on constantly challenging whatever I’m told, and whatever I believe. Perhaps that’s a childlike quality, but I think it puts me in good stead, and I think the world could use more of it. It must be hell to never be curious.

So here’s to the strange combination of opposites that make up the scientific community — the painstaking, detail-oriented people who patiently gather the data that makes scientific inquiry possible and credible, and the thinkers and dreamers who ask the “what if?” questions no one has asked before, and imagine what the data before them might possibly mean.