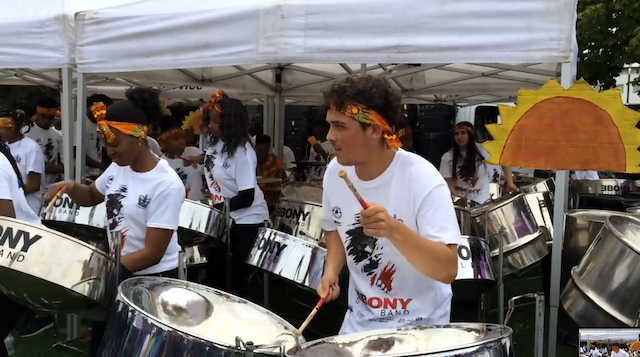 In the process of putting together my list of “favourite 30-40 songs of the decade”, I’ve been listening to my favourite songs from other decades (I’ve been making these lists since the 60s). My objective is to try to make sure that my ‘scoring’ from decade to decade is reasonably consistent, so when I create playlists they’re of songs I like equally.

My list for 2010-19 currently has 78 songs on it, and I admit that trying to winnow the list down is a nice problem to have.

I have to say that these decennial lists are my favourite songs that I first heard in that decade, even if the song was actually released long before the decade began. That’s been the big challenge this decade — the explosion of music that has recently become available on YouTube, SoundCloud, Apple Music and Spotify (particularly with their increasingly-sophisticated ‘recommendation engines’) absolutely dwarfs what has been available in previous decades, and some of it, especially the ‘international’ (non-anglophone country) stuff, is decades-old, but was never available here in Canada until recently.

So I expected the 2010s list to be longer than usual, but as I’ve also found I have to listen to proportionally more music each year to find stuff I really like, I wanted to make sure I wasn’t scoring the songs inconsistently from those of previous decades.

That got me thinking about what it is that makes a song exceptional enough to make a favourites list. I put in some time researching what’s been written on the subject, and while of course musical tastes are highly subjective, I was dismayed at the dearth, and shallowness, of the research that’s been done on this subject. Apparently, pop music is preferred by “extroverts”, country music by “conservatives”, and rock by those “open to new experiences”. Really? This is the best that science can come up with?

On the basis of absolutely no scientific or empirical research, I would speculate as follows:

That’s as much as I’m prepared to speculate on this subject. I’m interested, of course, in why I passionately love some songs and absolutely loathe others. So today I listened to parts of 100 songs I really like, selected from many different genres, and as I did, I looked online for scores for each song that might suggest what they had in common.

Here’s what I discovered:

The 2010-19 list, with links, is coming up soon. Even more eclectic than last decade’s.