Turn away from your animal kind,
Try to leave your body just to live in your mind.
Leave your cold cruel mother earth behind, Gaia.
As if you were your own creation,
As if you were the chosen nation.
And the world around you, just a rude
And dangerous invasion, Gaia.
Someone’s got to stop us now,
save us from us Gaia, 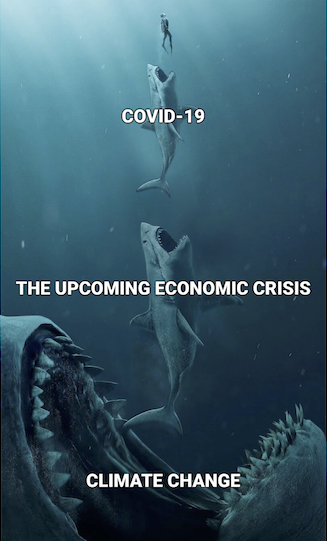 poster from a recent conference; thanks to Tree Bressen for the link

We may be distracted by CoVid-19 and BLM, but climate collapse, ecological collapse, and economic collapse are still accelerating, now far beyond the possibility of mitigation. Just as we couldn’t have imagined a world with almost everyone wearing masks just a few short months ago, we can’t imagine what our world will look like in ten years, or fifty. It will likely be unrecognizable, physically, socially, politically and psychologically. Latest evidence: Canada’s last intact ice shelf collapsed last week, losing 40% of its volume in just its final two days. 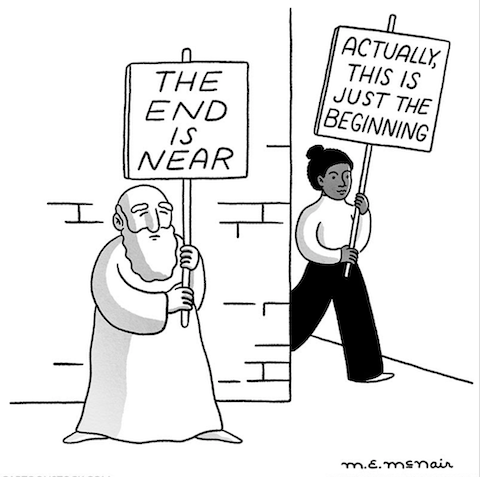 cartoon by Elisabeth McNair in The Cartoon Collections

Racism and caste systems: Pulitzer-winning culture writer Isabel Wilkerson’s new blockbuster Caste: The Origins of Our Discontents suggests systemic discrimination runs deeper and broader than just racism and is based on an implicit caste system, “an artificial hierarchy that helps determine standing and respect, assumptions of beauty and competence, and even who gets benefit of the doubt and access to resources”. It’s a bold model of the workings of oppression, one that may enable us all to investigate dispassionately how this caste system works in different societies and contexts, how it’s evolving, and how we can work to abolish it. It’s been embraced by Oprah, and proclaimed an “Instant American Classic”. It acknowledges the groundwork done by Ibram X Kendi in his antiracism books. Eye-opening. Sadly, the same can’t be said for some other bestsellers on the subject, such as the condescending White Fragility.

The role of white allies in antiracism: Another fascinating issue is how and when the BLM movement benefits from, or is compromised by, white allies, particularly when those allies are fascinating scene-stealers like the Wall of Moms and Veterans for Peace. “To be an ally is to step into a fight that is ostensibly not yours.” At what point do allies, as valuable and needed as they are, start to overshadow Black agency? (Thanks to Tree Bressen for the link, and the one that follows.)

Racism as a medical issue: The prestigious NEJM features a courageous and moving essay: “Police violence, racial inequities in Covid-19, and other forms of structural racism are concurrent and compounding public health crises in the United States.”

Proposals for a feminine economy: What would an economy built on feminist principles look like? Principles like abundance, generosity, sustainability, collaboration, honesty, empathy and connection. Thanks to Nenad Maljković for the link.

Until black women are free, none of us will be free: The fascinating, inspiring history of Black feminism.

Why people are quitting social media: The BBC explores why the time waste, the deliberate misinformation, the faked videos, and the degeneration into mindless hate and rage that are now the mainstay of Facebook, Twitter, and their ilk, are turning more and more off, moving us to free ourselves once and for all from social media’s addictive pull.

The British Columbia that might have been: Terry Glavin, a brilliant researcher and one of Canada’s finest writers, provides a fascinating summary of BC’s history on racial equality. In its early days the government was a model of multi-ethnic self-governance and collaboration. And then everything fell apart. (Thanks to Maureen Nicholson for the link.) 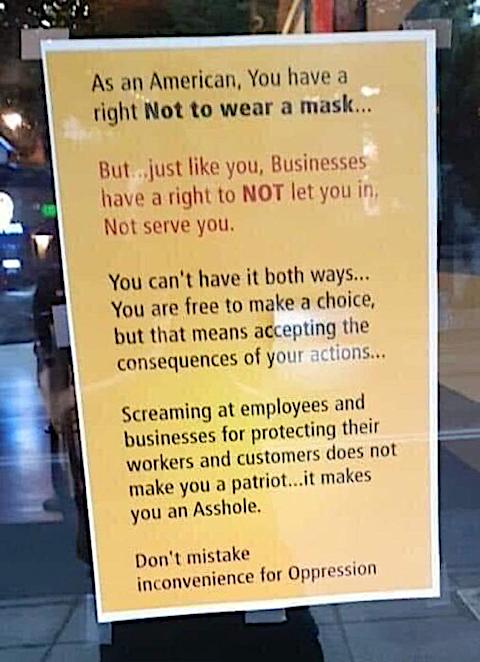 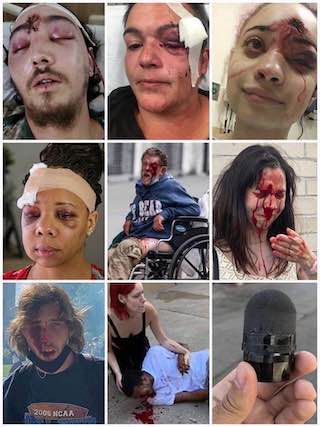 LEFT: store sign in Boston; thanks to Tree Bressen for the link
RIGHT: photos of victims of Trump federal troops by Robin Eric Thom; thanks to Paul Cienfuegos for the link

Focus on Portland: The shithole US president has tried using unskilled and incompetent federal troops to provoke riots in Portland, where he has nothing to lose politically and looked to exploit any reaction to incite rage in his clueless base. He consulted with Bush’s waterboarding torture lawyer to see how he could circumvent the constitution through “executive orders” to use federal troops ultra vires without authorization. The city has its own police force, notorious for racism and brutality, and the state is home to several white supremacist groups, so Trump was just pouring fuel on the flames. On top of that, obviously faked videos of Portland protestors appearing to burn bibles and flags were re-posted by hapless right-wingers including influential websites like Zero Hedge. (There was a suggestion that the protestors used volleys of live ammunition, a barefaced lie — the gunshots reported there occurred in a completely different part of Portland and were ascribed by police to an act of retaliation between two gangs. But on social media, apparently the truth has lost all importance.) Meanwhile the terror inflicted by Trump’s run-amok stormtroopers was noxious enough to provoke PTSD even in seasoned journalists. (Thanks to Lorraine Suzuki for this link.) You can see some of the results of the brutality in the photos above right.

Larry Krasner for Attorney General: Philadelphia’s DA, responding to Trump’s debacle in Portland, warned that in his city “Anyone, including federal law enforcement, who unlawfully assaults and kidnaps people will face criminal charges from my office.” Bravo.

US civil war imminent?: A study of eight predictors of revolutionary upheaval suggests the US is on the cusp of another civil insurrection.

“Some lives just mean more than others”: Underscoring the above-noted issue of implicit caste systems, BC’s supposedly progressive premier had to backpedal after claiming that just because there have been many times as many deaths from street drug poisoning as from CoVid-19 in BC this year, didn’t mean there was any urgency to decriminalize personal drug possession and use and start addressing the problem, as recommended repeatedly by Bonnie Henry, the province’s beloved public health officer.

Trudeau wimps out on right to die law again: The inept law Trudeau introduced several years ago ostensibly to expand citizens’ right to die with dignity, was thrown out by Quebec’s courts as so bad it infringed on our constitutional rights. A stay was granted, and Trudeau continues to beg for more time to rewrite it. But meanwhile it is clear he still intends to criminalize many options for dignified death, presumably out of fear of alienating his conservative wing. It’s also clear that the new law, whenever it is introduced, is certain to be as unconstitutional as the last one. Here’s the perfect reason why some things need to be abolished, not “reformed”. As his wiser, braver father famously said, “there’s no place for the state in the bedrooms of the nation”. And that includes the bedrooms of those living in agony waiting for his son to show some courage.

Black employees protest Nike’s ad hypocrisy: Nike’s been quick to profile Black athletes under contract to it, to show solidarity with the BLM movement. Meanwhile, it appears that their internal behaviour doesn’t match their public posturing.

The humanitarian crisis in Yemen: Yemen is now suffering more civilian casualties than any other country, thanks to US/European-supplied bombs and munitions dropped by the Saudi coalition in its surrogate war against Iran in that country. Caitlin Johnstone summarizes the vicious calculus behind the carnage. Tens of thousands have been killed, an estimated four million displaced and 80 percent of the country’s 29 million people are dependent on food aid which has been disrupted by the pandemic, for survival. Floods and locusts threaten to make the situation much worse. Aid operations are on the verge of collapse. 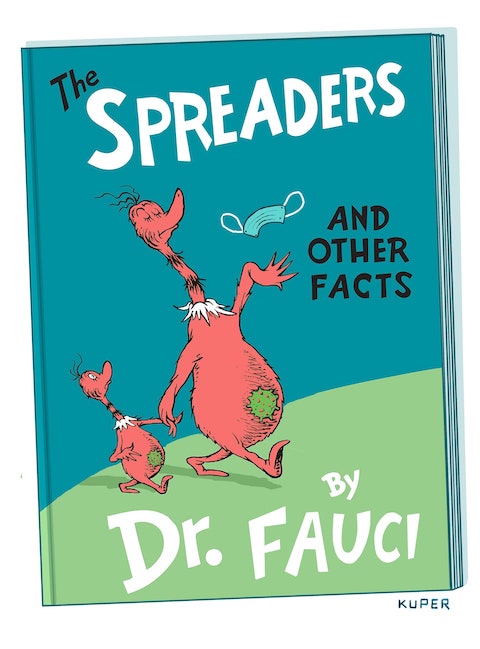 cartoon by Peter Kuper in the New Yorker

Put a f**king mask on: For those too polite to say it ourselves, Jonathan Pie says it for us.

Take it outside: You’re 19 times less likely to get the virus (based on equivalent time and distance from others) if your activity is outdoors than indoors. So take it outside, please. (Thanks to John Burn-Murdoch for the links.)

To no one’s surprise: 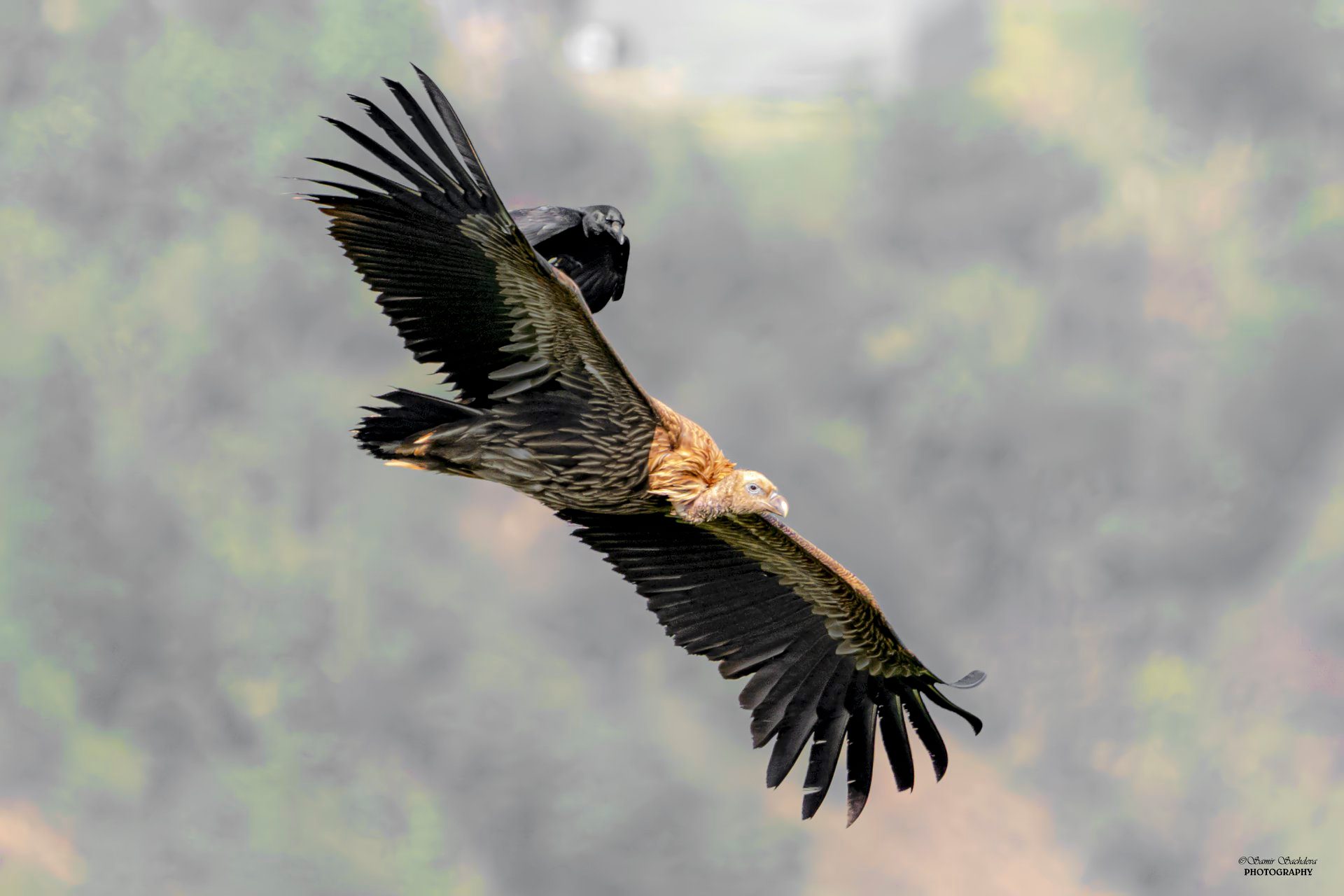 photo by Samir Sachdeva taken in India of a crow hitchhiking on a vulture’s wing; thanks to Earth Facebook page for the link

Music to get you through this:

Reading only women authors: A new mother’s exploration of literature by women.

Malcolm Gladwell on CoVid-19, and talking with strangers: Recorded way back in April but just released, this interview indicates just how much everything’s changed, and what hasn’t, since the early days of the pandemic. Bonus video: From the same interviewer, a chat with the brilliant Stephen Fry on political correctness, and how it snares progressives.

The end of higher education in the US?: Hank Green weighs in on how CoVid-19 has exposed the dysfunction of the American university system.

What can bonobos teach us about language?: A researcher dares to try to indoctrinate our closest cousins into human culture. It doesn’t end well. 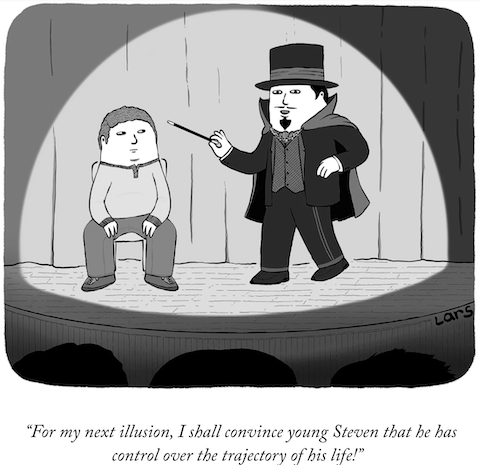 cartoon by Lars Kenseth in the New Yorker

Are memories real?: One of the questions often asked of radical non-duality speakers is: If nothing, including time, is real, and if the self is just an illusion, how can we have memories? If they aren’t what really happened, what are they? Some new research suggests some interesting answers.

The universe shouldn’t exist: So says a group of researchers trying in vain to substantiate a theory about the nature of matter. Perhaps the theory is wrong. Perhaps the data is wrong. Or perhaps the universe doesn’t actually exist. 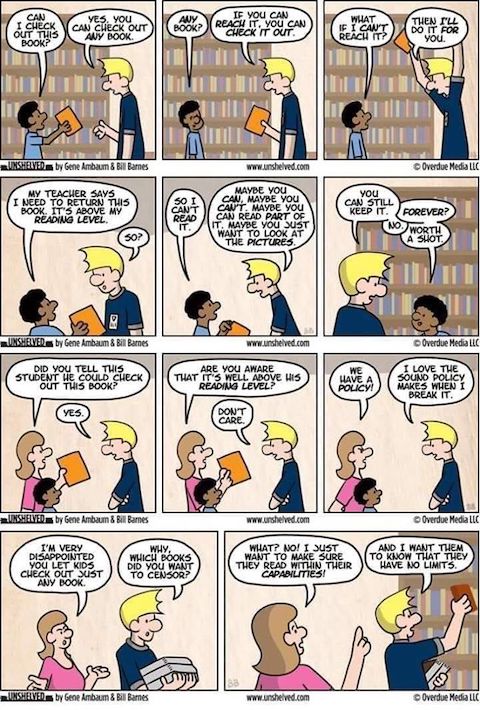 cartoon from Unshelved by Gene Ambaum & Bill Barnes; thanks to Sue Greer-Pitt for the link

The USA is largely a third-world country blanketed in first-world narrative. The way so many Americans live compared to the bare minimum standard of living in other wealthy countries is absolutely breathtaking.

Every American who’s been responding to the BLM protests with “It’s about class, it’s not about race at all!” had better show the fuck up when the eviction protests start.

From Ayed Akhtar in The Millions:

I might be suggesting that narrative is not a very good way of knowing things. And that part of our philosophical confusion in our crumbling republic may have to do with the fact that everyone has now become a storyteller.

It truly is wild to see the anti-mask backlash and realize that conservative white men are totally unfamiliar with the concept of having their bodies policed by institutions.

The reason most anti-shutdown protesters are men is that they’re losing $1 for every $.79 women are losing.

All countries eventually got CoVid-19. But China got it right off the bat.

A poem by Clint Smith (thanks to John Green for the link):

When people say,“we have made it through worse before”

did not live to watch the parade roll down the street.
I have grown accustomed to a lifetime of aphorisms
meant to assuage my fears, pithy sayings meant to

convey that everything ends up fine in the end. There is no
solace in rearranging language to make a different word
tell the same lie. Sometimes the moral arc of the universe

does not bend in a direction that will comfort us.
Sometimes it bends in ways we don’t expect & there are
people who fall off in the process. Please, dear reader,

do not say I am hopeless, I believe there is a better future
to fight for, I simply accept the possibility that I may not
live to see it. I have grown weary of telling myself lies

that I might one day begin to believe. We are not all left
standing after the war has ended. Some of us have
become ghosts by the time the dust has settled.