The Public Will Never Go For That! 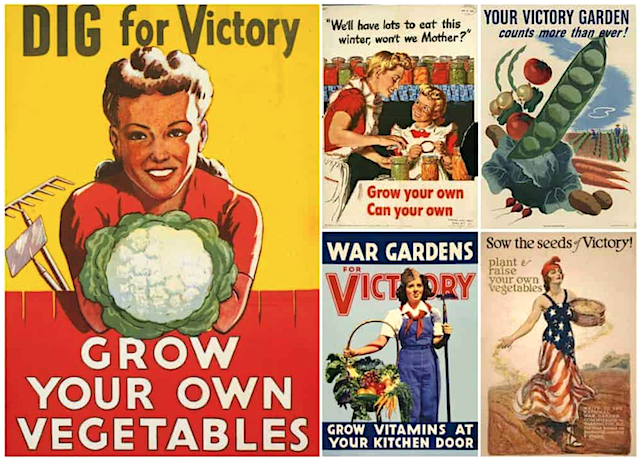 I‘ve often been accused of being a defeatist. I don’t believe the collapse of our civilization in this century can be avoided. I don’t believe that our now-global systems (political, economic, social, business, educational, health systems etc) that cause so much suffering, human and more-than-human, can possibly be reformed. I don’t believe that anyone or any group (sorry Margaret) has the power to bring about the kind of dramatic, radical changes that would significantly improve any of the predicaments we are currently facing or will soon be facing.

But I think that’s just being savvy about human nature, complexity, the nature of predicaments, and how change actually happens. It’s pessimistic, to be sure, but it’s not defeatist — it’s realistic.

So you may be surprised that this essay’s purpose is to confront what I see as real defeatism that I think, especially this year, has caused us to underestimate “the public’s” willingness to tolerate significant changes to our lifestyles, for the betterment of all. And the words that exemplify this defeatism most often are: The public will never go for that.

I first noticed this underestimation of humans’/citizens’ capacity for change about 20 years ago, when I spoke with climate scientists. When they told me that they would never admit in a public conversation just how desperate the situation is regarding climate change and other facets of ecological collapse, I kept asking them: Why?

Of course they had legitimate concerns about job security. If they told the truth speaking as members of a government scientific body, they would probably be canned by the political interests who controlled that body. But they could, and did, sign on to collective pleas and lobbying from large groups of scientists speaking as individual scientists, like the Union of Concerned Scientists. But business leaders and citizens certainly noticed the cognitive dissonance between what they were saying on the record as spokespeople for their organizations, and what they were saying as part of a large but more anonymous group (and to their own close friends and families). Which story do you think most business leaders and citizens have chosen to believe? The one that says there’s still time, that we can “solve” the problem if, if, if only, and that we can get where we need to get by painless baby steps. Starting in five years.

But they told me there was another reason they didn’t say what they really believed, what they really knew, in public. And that was that they were afraid that a dire message that told people they had to make drastic changes in their own lifestyles, and major sacrifices, now, would simply be unacceptable to their audiences. They would not be invited back. They would be discounted as crazies, alarmists. People would simply not listen. People only want to hear reassurances, comforts, good news. Even if it’s untrue.

Now, to me, that’s defeatism. It indicates a failure to appreciate that throughout history people have been willing to make huge changes to the way they live, if everyone else is willing (perhaps with some cajoling) to do their part, too. And that’s the rub. We have given up believing in the potential for large-scale collective action in the public good. We have given up on each other.

The problem is, we don’t know that that’s true. Many countries have medicare for all, and have made major sacrifices for the benefit of all their citizens, including, if reluctantly, in New Zealand, Australia, Taiwan and other countries that have beaten CoVid-19 and long ago returned to near-normal lives.

Defeatism is the pessimistic assumption that “the public will never go for that”. It’s lazy, uncourageous, and weak. Instead of letting this fiction dictate not only what we do, but what we don’t do, we could be following many models around the world where the citizens have embraced the challenge, won the day, and collectively celebrated their successes.

The defeatists’ second line of defence is that would never work here. This argument is presented as a statement of fact, when it is an unsubstantiated opinion. It can be a self-fulfilling prophecy: Wait too long to act, implement ineffectual half-measures, watch them fail, see the public resentment over confusing, annoying instructions achieving nothing at all, or worse. See, we told you it would never work here. We couldn’t even get the public to…

This defeatism, encouraged by corporatist interests, the ultra-rich defending their privilege, and nostalgic conservatives prompted by execrable media to yearn for a return to a safe, simple, ordered past that actually never existed, extends to every part of our modern society, and its effects are lethal.

There is overwhelming evidence that if we all shifted to a balanced, varied, plant-based diet, we would live an average of ten years longer overall and our healthy lifespans, the number of years free from chronic illness, would likely nearly double. This is not rocket science. If the food industry were prompted and rewarded to make it work, there is no reason why this would be difficult, or more expensive, or more time-consuming, or less delicious. But we can’t even get our national food guides to suggest it. Why? The public would never go for that. You can’t tell people what they can and can’t eat! Even if it’s killing them, and costing us all a fortune in treatments and hospitalizations and lost work time, not to mention its social costs and the massive amounts of human and animal misery and disease (including pandemics) it perpetuates?

In war-time, and during depressions, suddenly we find a way to get past this fiction, this excuse for mad, complacent, defeatist behaviour. In wartime (real wars where we have a stake, not the proxy/drone wars we fight now), people have readily given up their luxuries, and even some favoured foods and activities, and put in hours of extra toil each day, all to “support our troops”. During the Great Depression, corporate and some individual tax rates were as high as 90%, and everyone understood this was a necessary cost to prevent people starving.

We put the brakes on a horrific threat to our planet — the destruction of the ozone layer — in just 5 years, by simply banning dangerous refrigerants and working with the industry to invent safer alternatives. Many countries have done the same by quickly phasing out incandescent light bulbs, reducing the energy consumption of lighting by over 80% with no inconvenience whatsoever, and the lighting manufacturers are doing just fine, thank you.

Instead of the public will never go for that, and that would never work here, we might try another self-fulfilling prophesy: We’re all going to do this because it’s in everyone’s interest. I think we’d be surprised at how it might land.

Instead, we have governments reopening businesses, schools and public institutions and facilities just as the pandemic variants are starting to take hold. Why don’t we Go For Zero? The public would never go for that. That would never work here.

Instead, we have the new US president repudiating everything that Bernie and AOC urged Democrats to support and vote for. Why not medicare for all? The public would never go for that. That would never work here.

Instead, we have meat packers designated as essential workers, dying in massive numbers of CoVid-19 as their factories, which are veritable hot-houses of disease to begin with, working at close quarters to chop up the ghastly products of factory farms that are likewise hot-houses of disease and misery (and the origin of most pandemic diseases), have been responsible for a large proportion of the super-spreader events that have caused 80% of CoVid-19 infections. Why not shut down meat packers and factory farms (which account for less than 2% of wages and GDP in most countries while producing over 90% of animal “products”) and encourage people to eat something else at least until we can get them to clean up their act? The public would never go for that. That would never work here.

6 Responses to The Public Will Never Go For That!