This is the 16th in a series of articles on CoVid-19. I am not a medical expert, but have worked with epidemiologists and have some expertise in research, data analysis and statistics. I am producing these articles in the belief that reasonably researched writing on this topic can’t help but be an improvement over the firehose of misinformation that represents far too much of what is being presented on this topic in social (and some other) media. 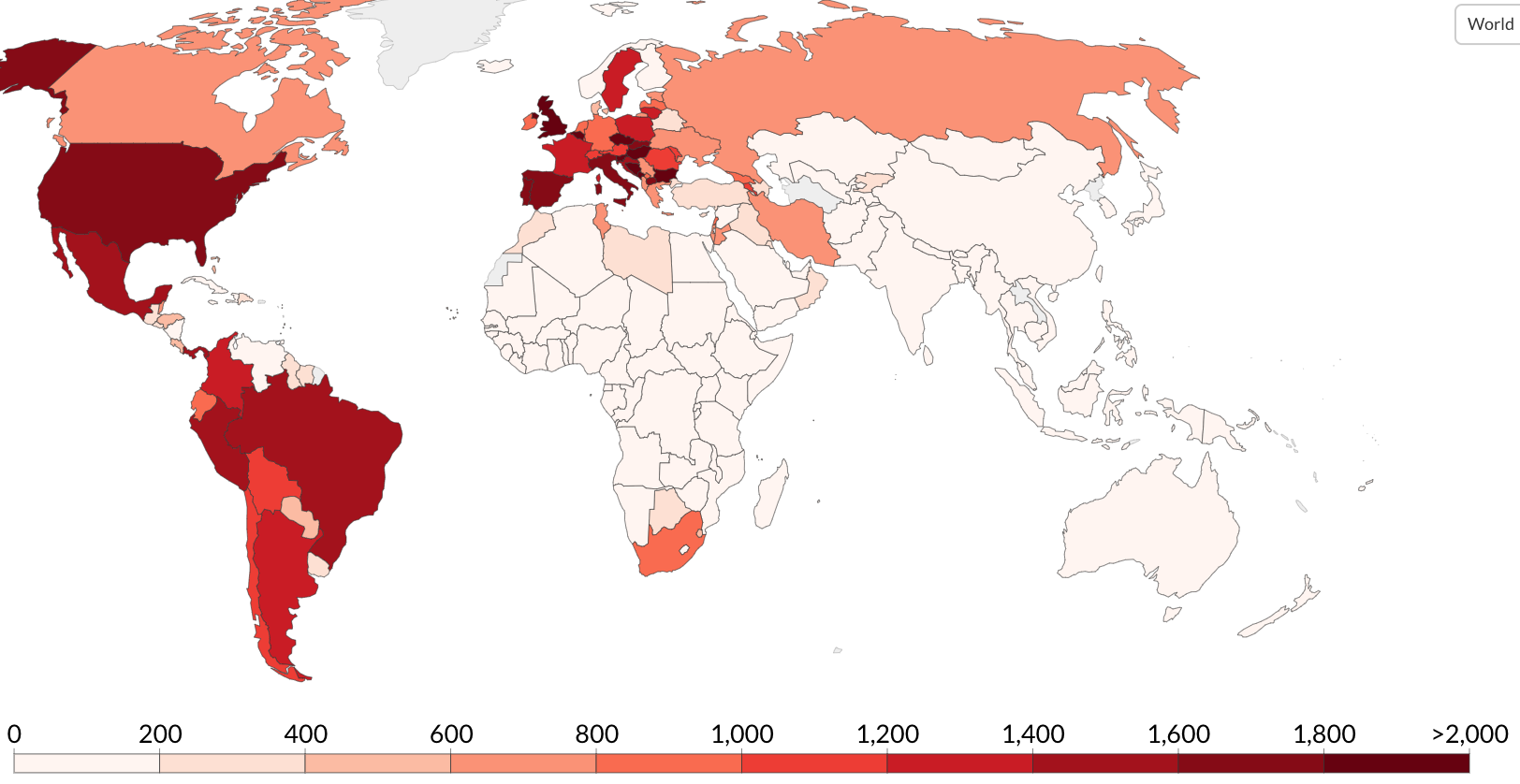 I‘m less than two weeks away from my first vaccine shot, and, like most Canadians, have been told that my second shot could be as much as four months away. What I’m watching now is the rate of new cases, which has never dropped back to the low levels it reached last summer, rising again, despite a dramatic drop in testing, along with a commensurate rise in the percentage of new cases attributable to new variants.

In some places the new variants now prevail and daily deaths are again soaring (in Brasil to over 3,000 deaths a day). In most places cases are rising but deaths are falling. We have no idea whether that’s a time lag issue (it takes on average about 3 weeks between reported infection and death, for those who succumb), or whether it’s the relative mix of variants, or whether it’s because the average age of the infected (and hence the Infection Fatality Ratio of deaths-to-reported-and-estimated-unreported-cases — the IFR) is lower for this “wave”.

Befuddled politicians, for whom all of this is too complex and all that matters is the next election, are justifying reckless reductions in restrictions on the basis of the recent trend to lower death rates. This is guaranteed to ensure that cases will stay too high almost everywhere to allow test-track-isolate protocols to work — it’s impossible to keep up with new cases rigorously when there are more than 10 cases/day/M people. It was below that level in Canada last summer, and has almost never gone above that level in countries (Taiwan, Australia & New Zealand notably) that have dealt with the pandemic responsibly from the outset.

But now the rate in Canada is 112 new cases/day/M people (and 3% positivity rate) and in the US, where testing is down 50% from January levels, it’s 186 (and 7% positivity rate, suggesting they’re now catching a much smaller percentage of the new cases due to reduced and inadequate testing). In other words, after more than a year, the pandemic is still out of control here. And still we’re lessening restrictions when this is exactly when we should be tightening them — until at least 70% of the population is inoculated.

We’ve gone “all in” on vaccinations, and are counting on them, especially for older and high-risk populations, to keep the IFR down to politically acceptable levels before the new more transmissible variants spiral out of control and inevitably lead to a spike in new deaths. Will that strategy work? We have absolutely no idea. We are still, after a year of uninterrupted botch-ups in 95% of the world’s nations, absolutely clueless.

And now there are three huge mysteries that we also have absolutely no idea about:

The result is what Zeynep Tüfekçi calls confusing “absence of evidence” with “evidence of absence”. How long does it take, she asks, before the absence of any evidence that the virus is transmitted on contact with surfaces, becomes evidence that such transmission is extremely unlikely? We passed that point at some point in the past year, but we don’t know how or when, and it’s impossible to come up with tests that could produce useful statistics. Eventually, we just conclude, on the basis of absence of evidence, that outdoor activities, socially-distanced, are probably very low risk, and that it’s unnecessary to clean surfaces as long as you wash your hands after touching surfaces that have been “very recently” used by the public. Or perhaps it’s unnecessary to clean surfaces at all, given the lack of evidence anyone has ever been infected that way? The problem is, we just don’t know. There is no simple scientific process that can consider the millions of variables that can arise that lead to an infection, or the absence of one.

This is all leading to what vlogbrother Hank Green has said is a very worrisome sign for the rest of this year. We tend to believe what we want to believe, which means that, in the absence of compelling evidence to the contrary, those (like me) who are convinced (want to believe) there is still likely a significant risk to themselves and others, are going to continue to wear masks, avoid non-essential travel and indoor public activities (like restaurant dining and bars), and generally continue to behave as we have until the local data on cases and deaths has dropped to the kind of levels seen in Taiwan, Australia and New Zealand. And those who are convinced (want to believe) that vaccines confer absolute immunity and the pandemic was overplayed anyway, will quickly and enthusiastically go back to their pre-pandemic behaviours, if only to prove to themselves and the world that this belief is correct.

What Hank is concerned about is that this will result in what might be called “Mask Wars” for the rest of this year. Our mask, or absence thereof, will be seen by “the other side” as a political statement, and as a judgement of “the other side”, provoking the kind of visceral reaction that could conceivably lead to the kind of violence and animosity that other “symbols” like certain clothing, haircuts and body markings, and in-your-face T-shirt and hat slogans, have occasionally produced.

I know that, long before CoVid-19 arose, when I would see people walking on the streets of Vancouver wearing masks, my reaction was, I’m ashamed to say, judgemental and not positive. It made no sense, but it struck me, on our clean, healthy streets in the old days of 2019, as a kind of political statement of my city and its people. So I kind of “get” the anti-maskers’ reactivity, and the potential for it to get nasty as the pandemic wears down, and wears us down.

This will be especially hard on us mask-wearers, since the trend will, inevitably, be in the other direction, and the smaller a minority we become, the more threatened we may feel (and be).

But perhaps Hank and I are needlessly worried about all this. Maybe we’ll just be viewed as quaintly out of style. Maybe the approaching end of the pandemic will bring relief and healing instead of increasing the anger and division.