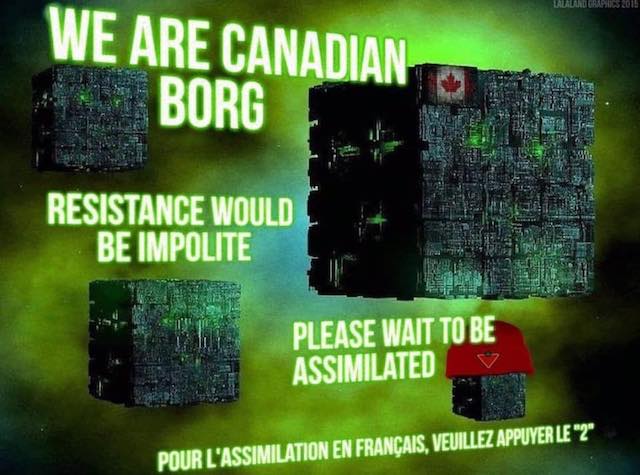 I‘ve always wished I were funny. Humour is a craft that seems to come easily to some, and for others seems almost impossible to pull off. And of course it’s highly subjective. I happen to like puns, but I choose to limit them mostly to my posts about crosswords, a world where they are accepted.

Recently I’ve become a big fan of satirical ‘news’ sites that post headlines that are made up, but somehow (to me at least) extremely funny. They’re the ultimate one-liners — the punch line without the joke. I guess I admire their brevity. Sometimes the authors try to write a full satirical ‘news item’ to go with the headline, but they are rarely as funny as the headlines, and occasionally overkill. Occasionally they need an accompanying photo to make their point.

To me, the masters at producing these are the folks at The Beaverton, Canada’s answer to The Onion. Canada seems to be the source of a disproportionate number of funny writers and actors. Perhaps you need a sense of humour to live here.

Some of these mock headlines will only be understood if you’re a Canadian, or for some unknown reason read Canadian news, but with that caveat here are some of my recent favourites:

For readers who aren’t amused by the above, here are some of my favourite Onion headlines, with a more US/international flavour:

No? I’d like to see you try! This is hard work. Here are my own mock headlines, most of them appropriately Canadian and obscure to those who aren’t. Warning: They aren’t in the same league as the Beaverton’s or Onion’s. But it was fun trying:

What do the best joke headlines have in common? While I know better than to try to explain a joke, here are some of the qualities they may have:

If you have other examples of funny mock headlines, I’d love to read them.