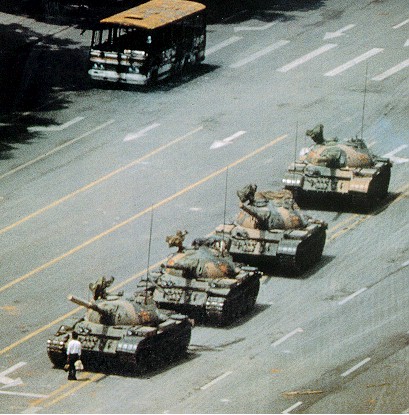 The title of this post (a quotation misattributed to Mother Teresa) has been used to inspire the disheartened, the ignored, the unrecognized, the intimidated, and the reticent.

It may actually not be bad advice for collapsniks and radical non-dualists either.

If you have come to the conclusion, as I have, that we have long passed the point of being able to prevent the collapse of our now-global economy, and of our global climate and ecological systems — and hence our global civilization — the obvious question that arises is: OK, then what? If nothing we can do will prevent or significantly mitigate collapse, what is the point of trying to do anything? If anything we do now will be quickly undone once collapse advances to a certain point, why waste the time, energy and commitment now?

I have recently come to believe that we lack free will, and if our conditioning has been such that we’re going to try doing something, no matter how short-lived or hopeless or unrecognized or even dangerous that might be, then we’re going to do it anyway. And if our conditioning is more resigned, tentative, dispassionate or pragmatic, then we’re not going to do it. We can agonize over it all we want, but to some extent, the decision has already been made, and wasn’t ours to make in the first place.

But I recognize that most people believe we do have some degree of free will. For them, what might be the answer to the “what is the point?” question? One could, say, do it because it’s the “right thing to do”. Or because it might at least make a difference for those of us living in the short run. Or because that swish on our sneakers tells us it’s a mark of character and bravery. Or because John Anster’s somewhat freewheeling translation of Goethe’s Faust proclaims “Whatever you can do or dream you can, begin it; Boldness has genius, power, and magic in it.” Or because Derrick Jensen’s fervent assertion that we have to be ready to risk everything, even our lives, to fight against actions that are leading to ghastly ecological collapse, inspires you.

It does have kind of nice in-your-face bravery ring to it: Do it anyway.

Of course, there’s a dark side to such courage, or recklessness. One has to wonder if the bombers of Hiroshima and Nagasaki, or the pilots who brought down the World Trade Center, or the people in charge of gas chambers and guillotines and capital punishment apparatus, had those words ringing in their ears, pushing them past doubts. Morality is a multi-edged sword.

There are things that we do that we simply cannot not do (like, for me, writing). There is no anyway in such actions, regardless of their futility. What is the point? never comes up, and these are not the actions we’re concerned with here. We’re concerned with actions where there is a tension, the possibility of regret, failure, shame, guilt if we do it, or if we do not.

There probably is no answer to the question “Should we do it anyway?” Does that mean if our instincts, or logic, or emotions of the moment, or moral codes, tell us it is “right”? And is the anyway a stand-in for “even though we know in our hearts it won’t make any difference”, or “even though other people say it’s foolish, or wrong, or hopeless”, or something else entirely?

Our cognitive bias may have us remembering when, in the past, “doing it anyway” led to a successful or satisfying outcome, and blocking out situations when it led to failure, disappointment, or harm. We want to believe that to Do it anyway is a sign of courage, virtue, passion. Not a sign of recklessness, foolhardiness, thoughtlessness, or mindlessness. We hear angels, not devils, whispering these three magic words in our ear.

Should we do it anyway? is probably a question with no answer, other than the unsatisfying It depends. The word should in any case implies a series of understandings and possibilities that presuppose both an unambiguous moral code and the free will to act on it, as well as a host of other judgements and presuppositions.

And yet. I cannot dismiss this question as moot, even though I quibble over the connotations and implications of should and anyway and the presence or absence of free will. Do it anyway. These three words conjure up, if not heroism, at least resolution, courage, responsibility, decisiveness, character-building, empowerment. Being a fearful character, I fondly remember some of the shaking-in-my-boots moments when I did it anyway. And not so fondly recall some moments when what I did “anyway” was the height of idiocy.

But, as much as I try to calm it with stories of no-free-will and conditioning and “five years from now it won’t matter either way”, the question Should I do it anyway? keeps coming up, all the time. And, as biased in favour of the affirmative as its phrasing makes it, it has, like most really great questions, no definitive answer.

1 Response to Do It Anyway