CoVid-19: Light at the End of the Tunnel

Note: Michael Dowd’s comment on the original version of this article has prompted me to “mark up” the article to remove judgements and stick to what we know. I’ve tried to do that, below, with the additions/changes noted in a separate colour and the deletions noted by strikeouts. Really interesting exercise! Thanks Michael! 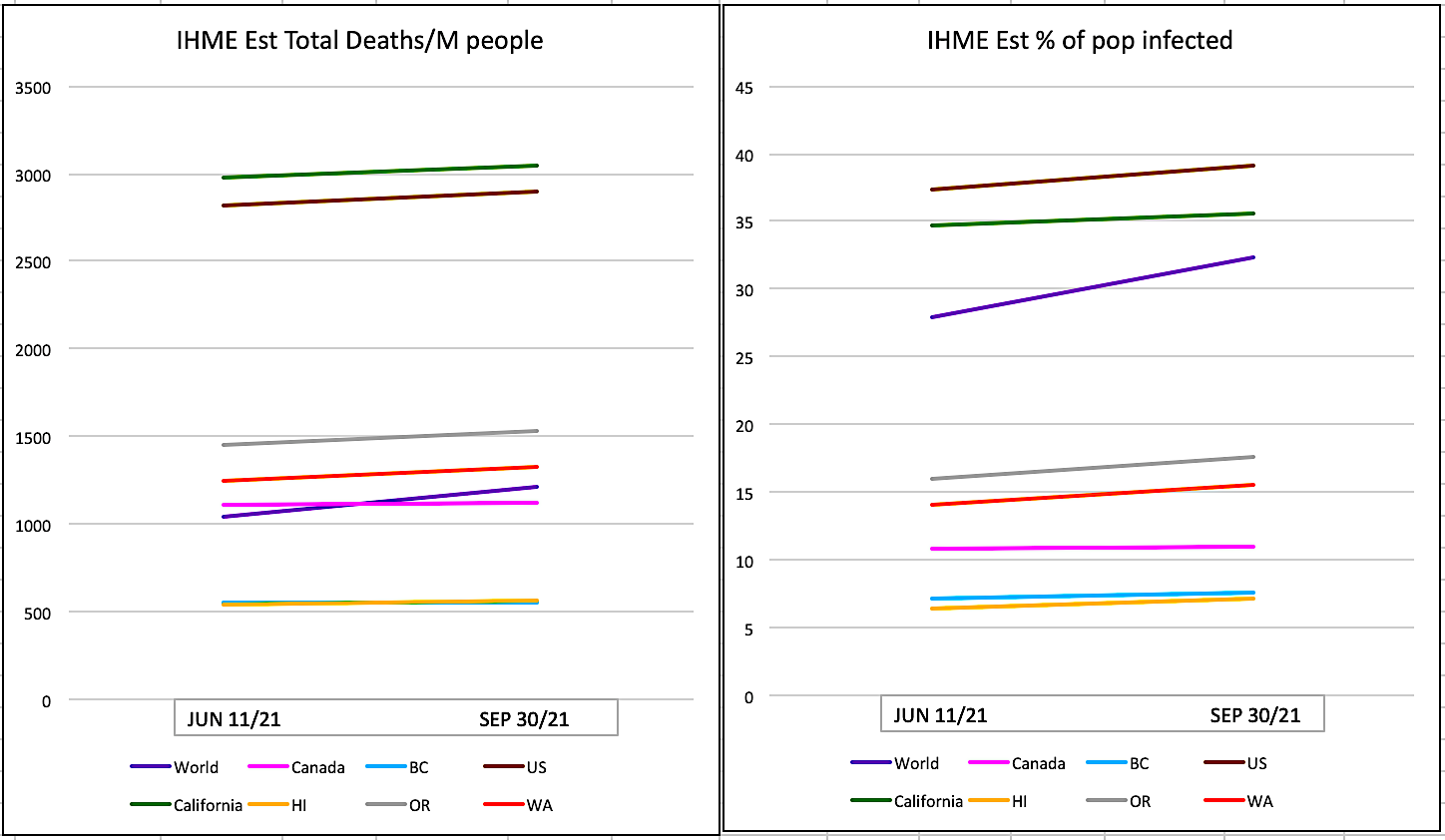 In North America at least, it would seem that we’ve vaccinated just enough people just fast enough to keep ahead of the variants, and the consensus is that future infections and deaths here will be sufficiently low to allow us to reopen just about everything this summer.

That may not happen in much of the world, though it seems likely that, due to most unvaccinated countries’ citizens’ much stronger immune systems, and their bodies’ experienced capacity fighting off viral infections, most of the damage even in those countries has now been done.

The carnage is enormous: Ten million deaths worldwide, a million Americans, dying often horrible deaths. And the long-term ravages of the disease on the bodies of those infected we can’t yet even guess at.

As the chart at left above shows, one out of every 300 Americans died from the disease, and one out of 600 of the world’s people will die before it’s over. Average life expectancy for all citizens dropped by over a year in the US and half a year in Canada. The death rate in much of Eastern Europe and Central Asia was half again as high as even the horrific US rate.

Had we never pursued factory farming, exotic species harvesting, and invasion of the world’s last wilderness areas, we wouldn’t be worrying about pandemics at all: As recently as 50 years ago, before these activities became widespread , many health experts were predicting the end of deaths from infectious disease. But over the past 30 years pandemics have spiked and are expected to continue to accelerate. The next one may be worse — perhaps even an order of magnitude more deadly .

And pursuing a “go for zero” policy when the next pandemic hits instead of the ad hoc approaches most countries used with CoVid-19, could reduce fatalities by an order of magnitude. .

As the chart above right shows, about 40% of Americans got the disease, and while many were asymptomatic, that means that more Americans developed their immunity by contracting the disease (with its unknown future damage to their bodies) than got their immunity from vaccination. The US was more than half-way to herd immunity before the vaccines that might have saved so many lives arrived. 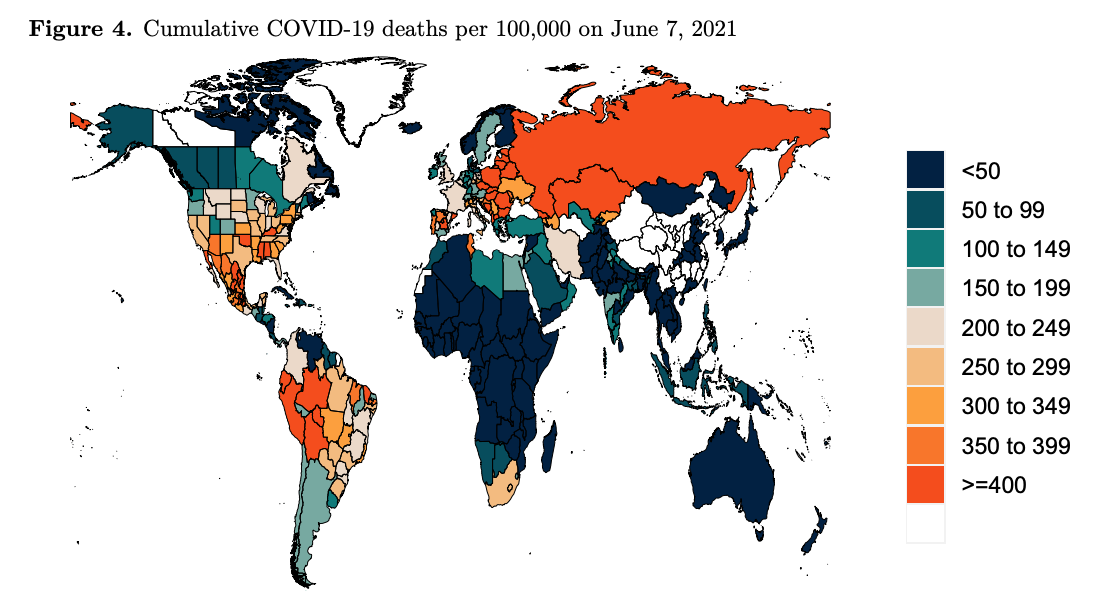 IHME estimated cumulative death tolls per 100,000 people to date.  Some of the ‘orange’ areas have lost nearly 1% of their entire population and over 10% of their senior population to the pandemic.

The overall global data looks similar — due to unavailability of vaccines in struggling nations, the global infection rate, currently 28%, is likely to hit 40% as well. Fortunately for many of those countries, which have little or no hospital capacity to deal with the disease, their infection fatality rate (IFR) looks to be much lower than it has been in the Americas and Europe.

In Canada, only about 11% of the population were infected and the fatality rate here (42,000 CoVid-19 deaths) was only 1/3 of the American rate, but now we are depending much more on vaccination for protection; still, only 60% of Canadians have received their first dose, and only 10% their second dose, so we’re not out of the woods yet.

Not much else to say. Maybe, hopefully, we’ve learned something. We’ll see.

3 Responses to CoVid-19: Light at the End of the Tunnel