Can you imagine us | Years from today | Sharing a park bench quietly?
How terribly strange | To be seventy 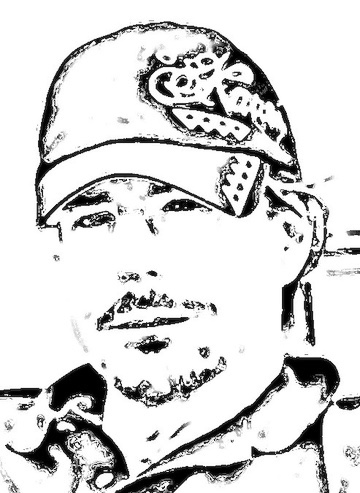 On Tuesday I turn 70. The actuaries say that, thanks to my good diet and exercise program, and the fact my life is relatively low-stress, I have about 17 years left. Sounds about right.

Even before I discovered radical non-duality, I had no fear of dying. It’s pain and suffering I’m afraid of, and the ravages of Alzheimer’s, which runs in the family, and which the Trudeau government won’t let me use as a reason for medically assisted death when that time comes. The thing I worry most about is how those I leave behind will cope without me. They’re certain to take my death far harder than I will.

As I wrote recently, I am more equanimous than I used to be, though still annoyingly inattentive, unobservant, and insensitive, and a frustratingly slow learner. My sense is that we don’t notice the changes we go through, they happen so gradually, so we actually become much more different over time than we realize.

I wrote: “Perhaps I am less my self than I thought.” In radical non-duality, that statement is tautologically false, but somehow it seems not a bad description of where I’ve come to. I have long been conditioned to overreact emotionally to unpleasant surprises and hence to handle stress badly, but somehow being aware of that propensity takes away some of its former intensity and dysfunction.

The colour photo in my right sidebar, a Zoom selfie from a couple of months ago, seems to depict me better than any other portrait over these 70 years. Though the fact that it’s flattering may bias my thinking; I have always been terribly vain.

So I have no advice for anyone on how to live. Worse than that, Everything I have learned suggests that ‘we’ have absolutely no say over what these conditioned bodies we presume to occupy will or won’t actually do. Even worse than that, there is actually no ‘we’ to do or not do anything. The idea of a separate self, the idea of separate things that ‘really’ exist in ‘real’ space and time, the idea that there is birth, life or death as a ‘real’ event, the ideas of free will and control and meaning and purpose and agency and continuity — all of these ideas are just mental constructs, the desperate human sense-making brain doing what it does, trying to extract meaning from what has absolutely no meaning.

And even worse than that, all of these invented ideas are wrong, a complete psychosomatic misunderstanding of the nature of reality, a complete misperception and misconception of what the apparent waves and particles and chemicals that seem to reach the senses of the body and which our brains translate into meaning, actually represent.

In short, we live in a delusional, hallucinated reality that our senses invented, and now believe that created reality to be absolutely and exclusively the true reality.

It’s a really neat trick our brains have played on us, all in the hoped-for interest of greater evolutionary adaptation and fitness — to create this artificial representation of reality, invent ‘dimensions’ of space and time in which to place everything that is sensed, as ‘objects’, and then, the coup de grace, to create the concept of a ‘self’, a homunculus seated inside this idea of a separate body, as the absolute centre of all these objects — as the one and only ‘subject’.

Why do we believe this is all real, so fervently, if it is not? Because the mental model that is the ‘self’ is in a closed loop of its own making. It’s the only reality ‘we’ know, or can know. The ‘natural reality’ that is seen in infancy is very quickly forgotten, much like everything else from that fuzzy time when nothing ‘made sense’. And all the other afflicted selves we meet furiously reinforce the validity of this shared delusion, since it’s the only reality they can know, too.

Science can now show compellingly that not only is there no time, no space, no self, etc but that having a self is completely unnecessary to the functioning of the human and has no effect whatsoever on what the human, who you think of as you, apparently actually does.

Wild creatures, not afflicted with this disease of large abstracting brains, have evolved to do what they do, brilliantly, with the same sensory inputs we have, and probably the same sensations of pain, ecstasy etc but without the use or need for a conceptualized separate self. They ‘make sense’ of what is apparently happening, and their conditioning takes care of the rest, perfectly well, instinctively, without any need for the abstractions of self and separation. That is why their lives, except in brief moments of fight/flight/flee stress, are characterized by equanimity and enthusiasm, not the chronic dread, anxiety, shame, guilt, rage, grief and hopelessness that our sad species ‘lives’ with.

My sense is that some people ‘recover’ from the disease of the self — the self just vanishes without reason and its absence is never noticed. Perhaps the entrenched ‘default’ pathways of the brain that created and reinforced the sense of self are suddenly disrupted. I think for most of us there are ‘glimpses’ when the self is simply not present, but when the self later ‘returns’ it is unable to make sense of them and so disregards them. And I suspect that at the moment of death — which is, after all, not a moment since there is no time and no death — this is suddenly, obviously seen, though not by the self.

So my illusory life of 70 years has, like everything else, no meaning, no purpose, no trajectory. Nothing matters. I can’t of course ‘know’ this — my self gets in the way. Everything matters to it. But as soon as I heard this message, which conformed to so many of my other subversive beliefs, experiences, and learnings, there was a resonance, a quiet unprovable certainty that this is what is really, already, timelessly, but ‘only’ apparently happening.

Perhaps it’s convenient, this utterly equanimous sense of what is — contrary to what we’ve all always believed — the truth, arriving at a time when my lifetime of struggle is nearing an end and can be seen as meaningless and unnecessary. It’s not like I had, or have, any choice.

So maybe, in the course of the next 17 years or so, we’ll find ourselves, you and I, sitting, like bookends, at the ends of the same park bench. If so, I will greet you but countenance no talk of health or politics or spirituality. I will be watching the birds, learning from them. They know what is going on. They are under no illusion.