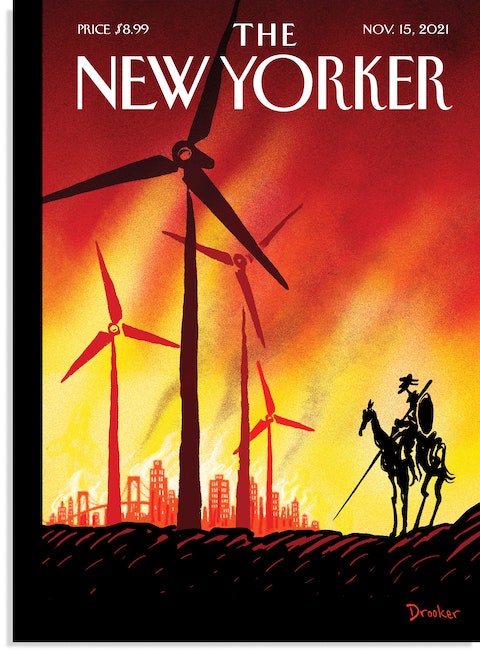 This week’s (Nov. 15) New Yorker is pretty depressing reading, but as I read it I realized that all of the analyses in the issue are focused on complex, intractable problems, and, refreshingly, none of them proffers any solutions.

The first and most harrowing article is about the accelerating challenges of wildfires in the US. In it, science journalist and author MR O’Connor, a certified firefighter herself, describes how incompetent forest management practices, and decisions based on politics not science (sound familiar?) have produced the current situation of exorbitant firefighting costs, futile containment efforts, incredible risk to firefighters’ lives and health, and the ever-increasing danger of mega-fires. And that was before the climate emergency weighed in with record storms, heat waves and droughts. With “containment” proving to be an unsuccessful and unsustainable strategy, and leaving wildfires to burn themselves out not a viable solution either, there are no answers left.

The next article, by Brooke Jarvis, describes the quandary of trying to humanely limit the numbers of deer and other creatures, encroaching on and being encroached upon by human settlements, when natural predators and natural habitats have both disappeared. Again, there are no answers.

The lead Talk of the Town article, by Elizabeth Kolbert, describes the fiasco of COP26. Enough said.

In other articles in this edition, Ian Parker explains the impossibility of reliably certifying organic produce (describing the huge Organic Land Management fraud case), and Jon Lee Anderson describes the horrific challenges of corruption and crime in the ecologically and economically desolated nations of Central America.

So it’s only fitting, I suppose, that the magazine’s cover, by Eric Drooker, reproduced above, would depict a dejected Don Quixote facing a modern windmill farm against a blood red background, in a work brilliantly titled The Impossible Dream. We are finally coming to grips, it seems, with the symptoms and consequences of collapse, and the realization that no god, no government, no humanist enlightenment, and most certainly no technology, is going to prevent it.

3 Responses to The Impossible Dream