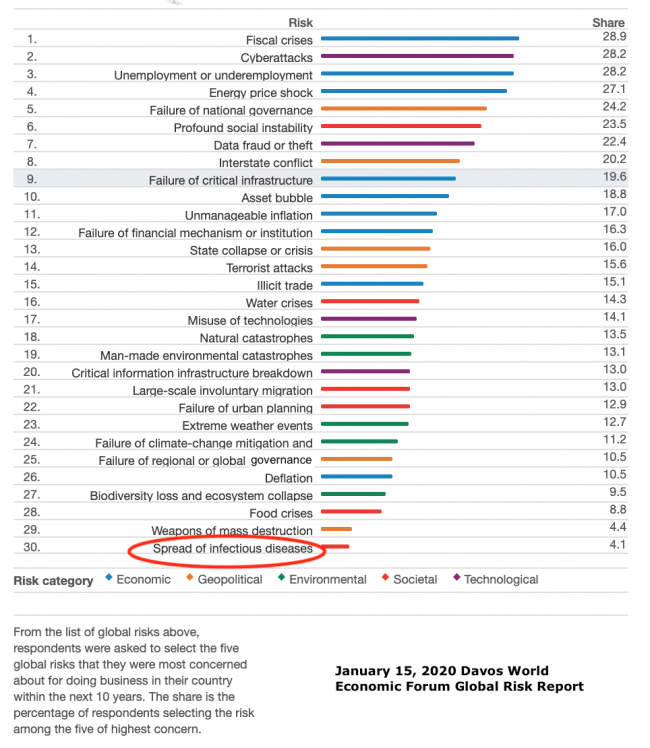 In late 2019, the Swiss gnomes in Davos were asked to rank 25 global risks in order of their assessment of the probability of them occurring over the following ten years. As shown above, they rated the risk of a pandemic dead last.

Everyone’s predictions, including mine, have been so utterly incorrect over the past few years that most people, fearing ridicule, seem to have given up making predictions at all. Fortunately, as someone who doesn’t actually exist, and as someone with an appreciation that there is nothing actually happening and no time or space within which anything can happen, I harbour no such fears.

So here are my wildly improbable predictions for the next four years (even I’m not foolish enough to predict things over a shorter time horizon than that):

Stay safe, everyone. More of the ‘new normal’ wild ride ahead.