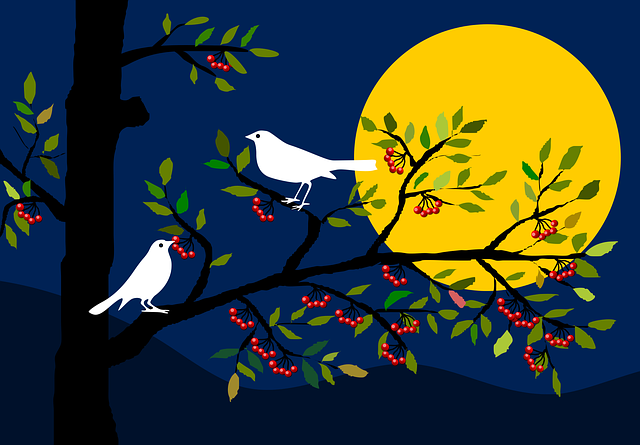 image by aalmeidah from Pixabay , CC0

Restless again, and enjoying the first night in over a week that we haven’t been shrouded in a thick winter fog, I wander the suburban streets. This time I’ve had the sense to follow my own advice and dress for the weather, bundled up with a toque and mitts and a scarf, and I wear layers under my coat. It is 0ºC, and clear.

When you’re not going anywhere, and not distracted by the traffic, or the weather, or other humans acting out their traumas, you can really get a sense of the vibe of a place at night. This place has no murals, except one that’s atop one of the apartment towers that no one can see. The area, a suburban city centre, is very clean, and it feels very safe, almost sterile. There are 15 high-rises in the area, somewhat bunched together; 22 more are planned for the few remaining ‘vacant’ lots. There’s a popular ‘pop-up’ park on one of them, that, in season, has table tennis tables and a sand ‘beach’ and net for volleyball, surrounded by hammocks.

Depending on the weather, the outdoor decks of the restaurants and bars are usually as full as anywhere I’ve seen during the pandemic. It seems as if everything is concrete, including the public outdoor seating. There is a lot of lighting along the streets and the open areas. Most of it is white and a bit cold, giving the area an almost futuristic feel, especially at night when the mall parking lots empty out and the brightly-lit concrete spreads out for blocks. The sleek SkyTrain that whirrs and snakes across the area on overhead tracks far above street level adds to that futuristic sense — it is the second largest driverless urban train system in the world.

The city is very cosmopolitan, with the largest visible minorities (Chinese, Korean and Persian) together actually making up a majority of the local population. If I were to just look at the faces and listen to the languages spoken on the street by those passing by, I could be anywhere in the world.

There are no tents, cardboard signs, or shopping carts piled with personal effects to be seen, even along the river paths and under the bridges. The “no trespassing” signs on the underpass ledges seem superfluous here. There are no ‘spikes’ to deter sleepers, but then there are no sleepers in evidence either*. Everyone walking after dark seems in a hurry, even those who’ve just left the bars. Ambling along slowly, stopping to sit on some of the concrete and aluminum benches, I probably look conspicuous.

One of the benches I pause at, near the ‘city’ hall and the library, is particularly well lit. I pull a small map of the area from my pocket, and find at the same time a note I wrote for myself months or even years ago. It says:

As if perhaps to convince myself to pay heed to these instructions, underneath the list are the reasons behind it:

I wonder why I keep forgetting, or ignoring, this ‘advice’, even when I make notes to remind myself. I know it works, and without it I tend to sleepwalk through too much of my life. My life is comfortable, as stress-free as it’s ever been. I am extraordinarily blessed.

I debate with myself whether my peaceful state is a devil’s bargain, a reward for inattentiveness and disconnection, even dissociation. But I realize I am back inside my head and let it go.

The soft lights that illuminate the columns that support the Skytrain tracks are programmed to change colour at regular intervals. I stop myself from trying to predict when they will next change, and to what colour.

At night, I am drawn, moth-like, to gaze at lights —moonlight, starlight, streetlights, lamplights, headlights (especially in the rain), window lights, traffic lights even. It’s almost as if their varying frequencies and shifts are a language, speaking to me, softly, in waves. I smile now, listening to the incessant hum of the city, and parsing the sounds for tone and volume, not for meaning. Symphony without a score. It is strangely comforting. “You are not alone”, it seems to say, though of course we are, all of us, utterly.

I remember a youthful dream. It was to live in a commune surrounded by a forest garden, with gentle lights and calming music along its pathways, where everyone around me was open, smiling, without guile, untouched by anxiety and anger and trauma and grief. My imaginings of a perfect world haven’t really changed, all these years later. The only difference is that now, I no longer have any hope that they could ever be realized. Still, they’re nice to think about. Had things unfolded differently on earth, they might have been possible. This — the life I’m living right now — is as close to such perfection as I’m ever likely to get.

The streetlamp above this bench is bright, but its colour is soft, diffused. High-rise builders and institutional developers don’t bother much with planting grass, and the boulevards nearby are lined instead with rows of majestic, closely-spaced trees, mostly evergreens, casting shadows on the walkways even as they themselves are bathed in light. This city is green and grey.

A couple walking by, holding hands, are singing softly, in harmony. They stop as they get close to me, but, as I recognize the tune, I smile and sing the next line of the song — I’m a ragamuffin child, wearing a finger-painted smile — and they laugh and wave and continue the song as they pass.

At night, there are no birds here. But I know where they roost, along the riverbanks nearby. I imagine hearing them, seeing them, now.

Painting them into this picture.

*  The Coquitlam Tri-Cities area has a population of about 250,000 people. Using the Canadian average, 0.2% of us (500 people) will be unsheltered on any given day (four times that proportion will be unsheltered at some point during a given year). The Tri-Cities has fewer than 100 places available, with waiting lists. The local social services workers know where to look for the unsheltered, but beyond the one local shelter, the unsheltered are pretty invisible here compared to other cities and even compared to other areas of Greater Vancouver.