What Would We Think Without Language? 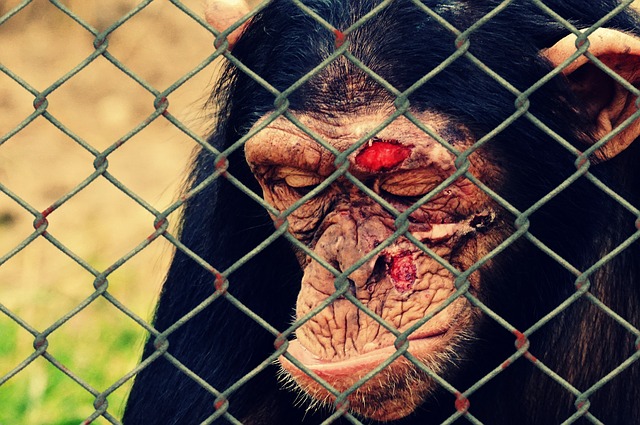 This morning I listened to Dave Snowden and Nora Bateson discussing the nature of change and what does and does not influence it. Most models of change are idealistic, naive and simplistic, and simply don’t anywhere near describe how change actually occurs. Change is, of course, a complex, emergent and evolving phenomenon, and as such it can’t be fully understood or predicted.

Many models of change are predicated on the false belief that people can be motivated to change their beliefs and behaviours if they are provided with better, objective, evidence-based information. There is abundant evidence that that is simply not how people change their beliefs. We believe what we want to believe is true, what our friends and trusted associates believe, and our beliefs are affected far more by emotion and by compelling stories than by arguments and data.

Better models suggest that, while we cannot sustainably coerce or cajole change, we can, as both Daniel Schmachtenberger and Dave Snowden have suggested, catalyze it by improving the quality of people’s interactions with others. Their argument is that it is empathetic interaction, and appreciation of context and feelings underlying the beliefs and actions of others we don’t understand and/or don’t agree with, that is far more likely to shift people’s beliefs and understanding.

A major challenge with that is that when we speak with others, we use different words and assign different meanings to words. Some of us use words and ideas that are essential to the understanding and appreciation of our thoughts, that are simply not in the vocabulary of most others.

In short, our language — the words we use, the meanings we ascribe to them, their emotional content, and the words we don’t have at our disposal or which our language has no words for — largely determines what, and how, we think. This has been heavily debated by linguists for decades, without consensus, and mostly in the absence of compelling evidence for any of their arguments. We’re long overdue for the linguistics equivalent to a David Graeber to come along and undermine all their dogmatic and largely unsupported theories, and advance something completely new that better fits the historical evidence.

Art has been around about three times longer than abstract human languages. So for a million years, before either evolved, we managed, likely much the way most creatures do, to self-organize and thrive without either. Art likely evolved in tandem with human cultures — defined as shared identity, beliefs, aspirations and behaviours among human groups — since art is, in essence, how we express our culture. Later, languages emerged that attempted to express and strengthen our culture more precisely. I’ll leave it up to you whether they actually do so.

So how, and what, would we actually think and believe (and perhaps therefore do), if we did not have language, if we were limited to the use of art to express ourselves?

What intrigues and annoys me about the studies of so-called “prehistoric” languages is the absence of any serious study of non-human languages, as if the entire idea that we learned and evolved language in parallel with other species were preposterous. This is the same anthropocentric arrogance that bedevils much theory of early human evolution in other areas of study. There is also limited study of the likelihood that abstract sign languages may well have predated abstract oral languages. And there’s very little on when the evolution of the human brain (specifically hemispheric entanglement and the breakdown of the bicameral brain) reached the point at which abstract language even became possible.

Much has been made of the fact that all human languages seem very similar, and ascribing that to the fact they mirror the physical structures and processes of the human brain. Much less has been said about the brain’s co-evolution with its development of language; perhaps the humans that developed utterly different languages (like the language of the Pirahã) co-evolved different neural structures, and most of them, for any number of evolutionary reasons, including genocide, have not survived. Perhaps linguistics, like history, is written by the winners of the battles, without reference to the much broader truth.

And for some indigenous languages, metaphor is not at all what it is in Indo-European languages — it is more allusion than analogy or allegory. These languages are kinaesthetic, based on what is happening rather than the subject or object “thingness” of what is happening. As Dan Alford explains: “Indigenous peoples value the dancing over the dancers, believe that processes and interrelationships are more real than the ‘things’ that grow out of them — that the physical is an epiphenomenon of the non-physical, and that cyclical timing is more real than linear time.”

Or as Glenn Aparicio Parry explains: “In the Blackfoot language, there are not nouns or verbs at all as we normally describe them in relation to each other. Instead, linguistic meaning is something similar to events emerging out of a fluid, constantly moving interconnected flux, rather than discrete interactions between subject and object.” This sounds quite close to the radical non-duality message that asserts that there are no separate ‘things’, just “what seems to be happening”.

So back to the speculative question of what (and how) we might think in the absence of abstract language. My hypothesis would be: not much. There is not much need to think, especially about abstractions, in a natural, uncrowded environment. It was only when we began to live in crowded “civilized” conditions characterized by constant scarcity and precarity, that there would have been a need for formal language, for instruction, for hierarchy, for codified laws (and law enforcement), and for ‘organized’ wars, for a human-made “order” of things.

When I watch the crows outside my window each day, it is absolutely clear that they have a sophisticated language, but it is a perceptual one, not a conceptual one. It doesn’t require, most of the time, much thought at all. It entails social greetings, exchange of information about dangers and about food. Despite their raucous chattiness, much of their information-sharing and communication appears to be kinaesthetic rather than verbal: Playful and mate-attracting activities, allopreening, staging and roosting together, and food-sharing. Yet they are capable of remarkable problem-solving, either when they have to be, or when it seems like fun. They can make tools, but they rarely do, because there’s no need to.

So my theory about the languages of human cultures in times and places of low-stress and abundance would be:

In summary, I wonder if modern human thought, highly abstract, highly individualistic, mostly conceptual rather than perceptual, where everything is taken personally, and where fear, especially of one’s death, is omnipresent, is an aberration of an unhealthy, stressed species, a very unnatural way of being. Not an evolutionary pinnacle, but a self-defeating evolutionary dead end.

I wonder if the enormous similarities in our modern human languages and behaviours are due not to anything inherent in the human brain, but to the fact that we have eradicated all humans who did not share modern humans’ terrifying sense of scarcity and fear of death, which we have, since the dawn of abstract language, acted out through relentless, brutal competitiveness and violence against the rest of the natural world.

Robert Sapolsky would probably have something to say about that.

6 Responses to What Would We Think Without Language?