Propaganda, Mis- and Disinformation, and Censorship: The War for Hearts and Minds 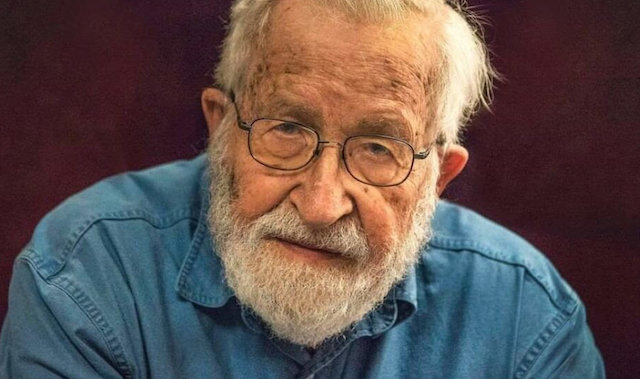 “The first casualty of war is truth.” — anonymous

And, of course, there is the ongoing “war on terror” and the “war on drugs”, which are arguably smokescreens to enable unlimited attacks on sovereign nations, and accompanying “intelligence” subterfuge, without justification or provocation.

That does not include political and economic interference, including sieges and government overthrows orchestrated or supported by foreign nations in about a dozen Latin American nations and an even larger number of African and Asian ones.

But perhaps equally-important in this century are the non-military wars battling for the “hearts and minds” of citizens — fights over votes, seats, laws, ideologies and tax dollars rather than land.

It is hard to deny, for example, that the US is engaged in a so-far-non-military civil war between neofascist elements, largely in the south and central states, on the one hand, and believers in real democracy on the other. The former, after decades of losing the propaganda war they blame on “liberal media”, have basically given up on the democratic process and are now seizing power by disenfranchising voters and exploiting the many anti-democratic holes in the US legal and electoral processes, including stacking courts with ideological extremists, gerrymandering, filibustering, empowering vigilantes and bounty hunters, and a host of other tactics.

Similar activities are occurring in many other countries, notably in eastern Europe, where neofascist governments now control many former Soviet bloc (and now NATO-member) states.

But possibly the most effective way to win and retain political power through seizing the hearts and minds of citizens, is through a mix of propaganda, mis- and disinformation, and censorship. This is especially true now, living with a ubiquitous and unceasing firehose of often-conflicting information, and exploitative for-profit “social” media controlled by a handful of dimwitted and unstable western oligarchs.

Military “intelligence” agencies have always been masters at propaganda and disinformation — it’s an essential tool in their arsenal. But with the massively-increased budgets given to the military, “intelligence” services, and “security” apparatus organizations (both domestic and international in their authority) in this century, and the exponential computing power that that puts in their hands, they can now do a much more effective job of controlling, directing, distorting, and suppressing information and debate than they ever could before.

During times of relative peace, we tend to ignore this massive accrual of power and influence because it is not used in ways that we think make much of a difference in our lives. But in times of war — military, civil, informational, or ideological — it can now make all the difference between ‘victory’ and ‘defeat’.

If you are a regular reader you know that I am not a believer in “good vs evil”. I don’t think those that can now wield this power are deliberately trying to get us to support monstrous misadventures or extremism. I think we’re all doing our best, including making use of power in ways we think will benefit and sustain our citizens.

Very few people describe themselves as extremists — and those labelled as such tend to insist that they’re just doing what they think is best, and that that’s not extremist at all. I am sure many of the American neofascists, for example, honestly believe that a permanent Christian theocracy run mostly by designated white males with “family values” would be a better system of governance than we have now, and that it would solve many of the social problems they perceive the current system has produced. They are of course wrong, but they are not IMO “evil”.

Anger, rage and hostility, in my experience, are almost always masks for fear, grief and shame. Fear of loss (of rights, freedoms, opportunity, autonomy, property, beliefs), fear of oppression, fear of suffering, fear of imprisonment and restriction, fear of the future. Grief over what has seemingly been lost or squandered. Grief over loved-ones’ suffering. Shame of incapacity, of failure, of ridicule. And it is this anger, rage and hostility, I think, that underlies most of our ever-present wars — military, civil, informational, and ideological. It is not an accident, I think, that almost all the war ‘leaders’ are males seemingly acting out their fear, grief and shame in military, political, economic and ideological “battles”.

Just to be clear about definitions:

So what we’re dealing with now, I think, is a collision between two phenomena:

The consequence of this collision is what Hank Green calls a toxic mix of outrage and helplessness (or hopelessness).

If you’ve ever been moved to attend a protest, my guess is you’ve tasted that mix, and were driven to act on it. And if you’ve never attended a protest (or haven’t in a long time) I’m guessing that you’ve also tasted that mix, but felt sufficiently hopeless about it that you didn’t act on it.

The daily doom scroll invokes this mix every time we look at it. We may be tempted just to turn it all off, to throw out the useful information ‘baby’ with the misinformation ‘bathwater’. But for most of us, we can’t. We are driven to know what’s happening in the world, to make sense of it. So we’re sucked back in. Then what happens is:

The goal of propaganda and censorship (and of cults) is to squelch dissenting views so that everyone marches to the same beat, and so that steps 3-5 of the above information-processing process are entirely avoided. We kind of like that — no one wants to be paralyzed by conflicting information or views, and no one wants to risk a friendship or shatter a long-held belief, all because of ‘rogue’ information that we just can’t deny. And you can kind of see the logic for propaganda during an actual war involving your own citizens. Scary, tragic, but perhaps understandable.

So that brings me to my questions about this subject, which probably have no answers, but which I think we ignore at our peril:

I don’t have any answers. I just have a dawning sense that the real “artificial intelligence” problem we’re going to have to face in the next decade is coming from “intelligence” agencies, PR firms, pliant media, and military-industrial complex spinmeisters, not robotics firms. In these times of crisis and collapse, this is the last thing we need.

Thanks to Paul Heft for provoking, and helping me think about, this article.

4 Responses to Propaganda, Mis- and Disinformation, and Censorship: The War for Hearts and Minds