Notes from a reformed sense-maker. 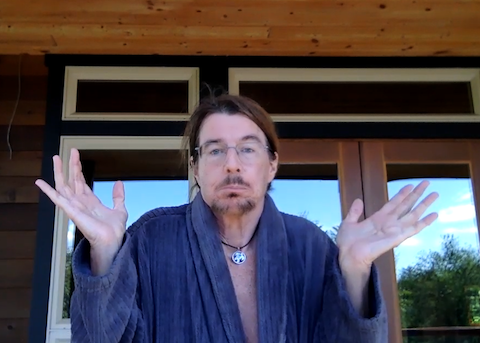 For much of my life, I was paid, and rewarded, to make sense of complex situations. I was told I was pretty good at it, especially for my ability to “imagine possibilities” that drew on a broad (if somewhat shallow) understanding of many diverse subjects.

Now I think that what I did, and what most of us do, when we try to make sense of things, is to oversimplify, often dangerously and misleadingly. I’m no longer sure we understand anything, beyond simple mechanical things. Our proudly held beliefs are little more than opinions, and we all know how useful they are.

I once thought that the secret of understanding lay in listening, really listening, to stories that provided a deep context, and appreciation for what is supposedly known but also what is clearly felt. Much has been written about the importance of ‘communities’ having a shared story about their culture — about what they collectively believe and do. But increasingly I see stories used to manipulate, to misinform, and, for those who don’t buy into the story, to exclude.

I think we may have arrived at a place and time where we have a multiplicity of stories that co-exist, some well, some poorly, in the same physical spaces. Many of us are oblivious to most of these stories, and if we were honest we’d have to admit that we ‘hear’ and respond only to the ones to which we can personally relate. It takes far more time and energy than most people have to really listen to the whole spectrum of stories, and to appreciate that it’s impossible to ‘make sense’ of them as all being part of some coherent whole. In our astonishingly mobile and transient world, almost all local cultures, and their stories, are now, I think, incoherent.

This is far more evident here where I live now, in Coquitlam, where there is a pandemonium of radically different stories, strongly shaped by the enormous ethnic and cultural diversity of its people, the majority of whose families migrated here from Asian, not European nations, and mostly relatively recently. As a New Yorker article this month explained about the Taiwanese-American ‘culture’, even that cultural microcosm is an amalgam, not a melting pot, of vastly different stories, most of them divergent, unfamiliar and unappreciated even among members of that micro-culture.

So how do we now collect, Dave Snowden style, enough stories to be able to do anything more than oversimplify, generalize and reflect our own cognitive and cultural biases in what stories we really ‘hear’ and how we understand them? Is there a danger that, in our eagerness to find patterns and meaning in our dizzying array of stories, we will see patterns that don’t really exist, see patterns because we want to see them or believe them to be real when they are actually not? That we will tell people, including ourselves, what we and they want to believe is true rather than what is really true?

That in our determination to paint a portrait of the vast forest we will overlook most of the beautiful, distinctive, essential nuances of each individual tree?

Perhaps today’s community doesn’t have a shared story, a voice or a soul, but rather a multiplicity of stories, voices and souls with more gaps and inexplicable inconsistencies between them than synergies and overlaps. Perhaps our real goal, then, is not to arrive at coherence about all these stories, but just to become better at listening to them, and appreciating their incoherence? And rather than trying to parse meaning out of the cacophony, perhaps we would be wiser to just appreciate, and even revel, in the dissonance, the unknowingness, the sheer impossibility of making sense of it?

My sense is that in extremely complex and rapidly-changing situations, humility might dictate that we simply cannot make sense of the situation in any appropriately thorough, actionable way. Instead, we might find it more fruitful to just listen (in the Bohm Dialogue sense), without judging, evaluating, reacting, filtering, and consciously ‘making sense’ and meaning of what we hear. That would entail listening ‘with our whole bodies’, and ‘hearing’ the feelings as well as the thoughts — feelings that probably make no ‘logical’ sense but are just as important as the thoughts that seemingly do. Perhaps that’s sufficient. Perhaps that’s the best that we can do.

In other words, maybe it’s time to:

Of course, if we were to do that honestly, many of us would find ourselves out of a job, including a lot of ‘pundits’, op-ed writers, bad journalists, bloggers, ‘experts’, and consultants.

When the only tool at your disposal is sense-making, there is perhaps a danger that every situation starts to look like a problem that has to be made sense of.

If we were able to put that fraught tool aside, would we be able to see the world with more equanimity, less distress, and better focus? Do our bodies, with their instincts and subconscious skills at dealing with the world — skills and capacities that have evolved over millions of years — ‘know’ better how we can best ‘fit’ in this unfathomable world, than our furiously sense-making brains could ever hope to?

4 Responses to Accepting Incoherence and “Unknowingness”