Has the Global Caste War Begun?

This is a follow-on to my article The Caste War for the Dregs. 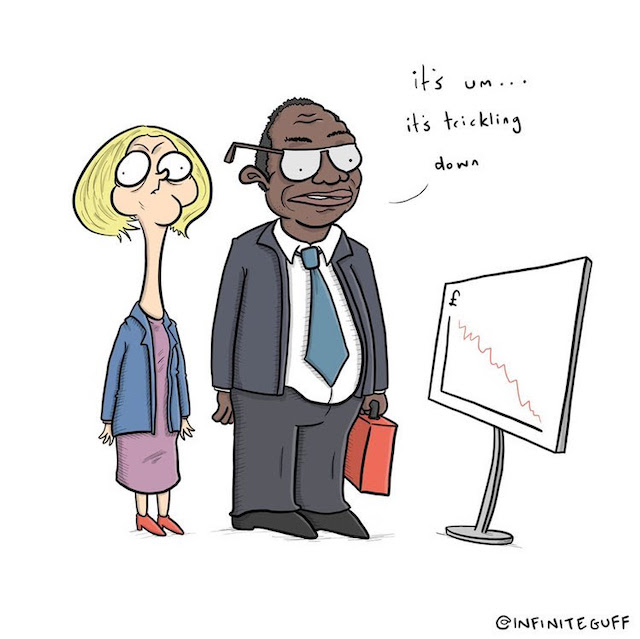 In my recent article, I suggested that there is an intuitive but broadly-felt sense that our civilization is on its last legs, and that a war between castes is underway for the dregs, before everything — notably food, water and energy — runs out.

A recent article by Marxist journalist Nick Beams articulates the degree to which this caste war has already begun. But almost no one seems ready or willing to call it a caste war, or even a class war. The staggeringly incompetent Liz Truss administration, with its bald, desperate give-away of the last remnants of the insolvent British treasury to her rich friends and benefactors, broke the silence about this being a caste war so plainly that her administration was toppled by an ‘inside coup’ after just six weeks. Of course the top caste is hoarding and appropriating from the lower castes as much of our collapsing economy’s wealth, land and resources as it can. But it’s just not on to admit this is happening.

Instead, the top castes are pretending, and trying to tell the lower castes, that the current fatal malaise in our economy and society is the fault of insane, evil communists bent on world domination, and that the current war is between ‘us’ good guys (Euro-America), versus ‘them’ bad guys (every country not under the control of the Euro-American Empire’s ruling caste).

The Euro-American proxy war against the Russians in Ukraine, and the war they are trying to foment against China in Taiwan, are ploys to tell the under-castes that they’d better choose sides or face the consequences. There are two elements to this:

This sounds rather harsh and extreme, but it actually makes enormous sense. Most of the essential resources that will be needed to have even a chance of surviving economic and civilizational collapse are in these ‘neutral’ and ‘hostile’ nations. It is therefore essential to the top castes that the ‘neutral’ nations be coerced (economically and politically) to align themselves with the Euro-American Empire, and join the battle so that the ‘hostile’ nations can be destroyed and their resources confiscated for the top castes.

This isn’t a global, coordinated conspiracy. This is the way alpha mammals behave under extreme stress, when they know that the alternative to attacking, and hoarding from, the subordinates, is death and suffering for all, including the alphas. As the Liz Truss debacle has demonstrated, while media, political and economic dominance allows them to orchestrate the oppression and theft of the lower castes to some degree, this is largely a disorganized, chaotic social devolution. The alphas are fully prepared to cut each other’s throats if they think it will save their own.

But first, they need to wrench power and control over the remains of the planet’s dwindling resources from non Euro-American Empire nations. The best way to do that is to propagandize the current pre-nuclear crisis as a necessary war between good and evil. They did this during the gulf wars, and they have done this again during the current manufactured crises — the intractable war against Russia in Ukraine and the planned war against China in Taiwan. They cannot afford to allow the lower castes to see the current situation in any other way. They especially cannot afford to allow it to be seen that this is just an attempt to grab the rest of the world’s power, wealth and resources for the benefit of the top Euro-American Empire caste, in preparation for TSHTF — economic and then civilizational collapse.

So magazines like the Atlantic and the New Yorker, and newspapers like the Guardian, have been largely transformed into mouthpieces for the deception that the anti-Russia, and coming anti-China and anti-Iran wars are good-versus-evil wars. And any publication that dares to question this narrative is either attacked as conspiracy theorists or censored and shut down. And when Biden or any of the other highly-visible top caste members accidentally admits that these wars are actually aggressive regime change wars to enable ‘hostile’ nations to be destroyed and plundered, they are quickly silenced and the top castes’ thought police and propagandists quickly go to work to deny the admissions and restate the good-versus-evil narrative.

OK, I have to say this again: This is not a global, coordinated conspiracy. This is the realization by the top castes that we’re fucked, and that they have to grab everything they can as fast as they can before full-on collapse broadens. The top castes are well-educated and informed. They know how to use power and wealth to get what they want. And what they want is what we all want — a comfortable life without pain and suffering. And when there’s not nearly enough to go around, especially in a world in the early stages of all-out ecological and climate collapse that will make economic collapse that much more brutal, they know that this collapse is going to be ghastly. They know their only hope is to take all the resources they can grab, and run before the lower castes realize what’s happened.

As Nick’s article makes clear, all the economic bailouts, tax cuts for the rich, and subsidies to giant corporations that have been instituted since the Reagan/Thatcher years have been to one end — to enrich the top caste and protect them from loss.

So: All of the economic ‘growth’ that has occurred over the past 40 years has accrued to this tiny top caste, mostly located in the Euro-American Empire. And that 40 years of economic ‘growth’ has more than doubled the damage we have done to our ecological systems, and eviscerated any hope of avoiding total, permanent, global, economic, ecological and civilizational collapse. Not deliberately or maliciously; the top caste were only looking after their narrow self-interest, and would undoubtedly prefer to avoid the horrors of collapse this is leading to.

At the end of his article Nick calls for the working classes (the lower castes) to rise up and replace the entire capitalist system through a socialist restructuring of society. I don’t need to tell you what I think the chances of that happening are, or, were it even possible, what difference that would make.

Thanks to John Whiting for the links, both to Nick’s article and to Fergus’ cartoon.

PS. If you want to get a sense of the lengths the ruling caste will go to to maintain its hold on wealth and power, watch these two fascinating interviews with Jeremy Corbyn. I suspect one day we’ll hear a very similar story from Bernie Sanders.

5 Responses to Has the Global Caste War Begun?