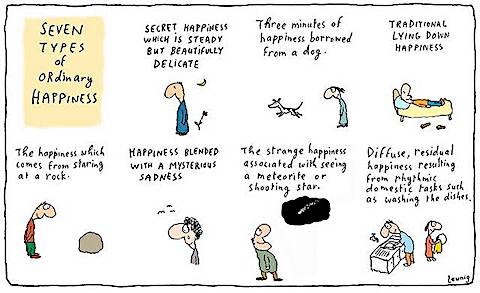 They’re rioting in Africa. They’re starving in Spain.
There’s hurricanes in Florida and Texas needs rain.
The whole world is festering with unhappy souls.
The French hate the Germans. The Germans hate the Poles.
Italians hate Yugoslavs. South Africans hate the Dutch.
And I don’t like anybody very much!
But we can be tranquil and thankful and proud
For man’s been endowed with a mushroom shaped cloud.
And we know for certain that some lovely day
Someone will set the spark off — and we will all be blown away.
They’re rioting in Africa. There’s strife in Iran.
What nature doesn’t do to us will be done by our fellow man.

I’m getting close to scrapping the “Politics and Economics as Usual” section of my monthly links, and replacing it with a simple set of bullet points called “Inconvenient Truths”. As I keep saying, people will believe what they want to believe, regardless of what’s true or what evidence you present to them. In recent years that’s become as true of progressives as it is of conservatives. So what’s the point of pointing people to articles about what’s really going on in the world, if everyone has already decided what they are willing to believe before they read them?

I’ve cancelled my subscriptions to both The Atlantic and The New Yorker, which have declined into mindless warmongering propaganda rags, as Caitlin Johnstone puts it with an anger I am no longer able to muster. Their founders must be rolling in their graves.

Had I been an American last week, I would have gritted my teeth, voted for Democrats, and then gone back home and sat outside, ignoring the results, and howled at the moon. 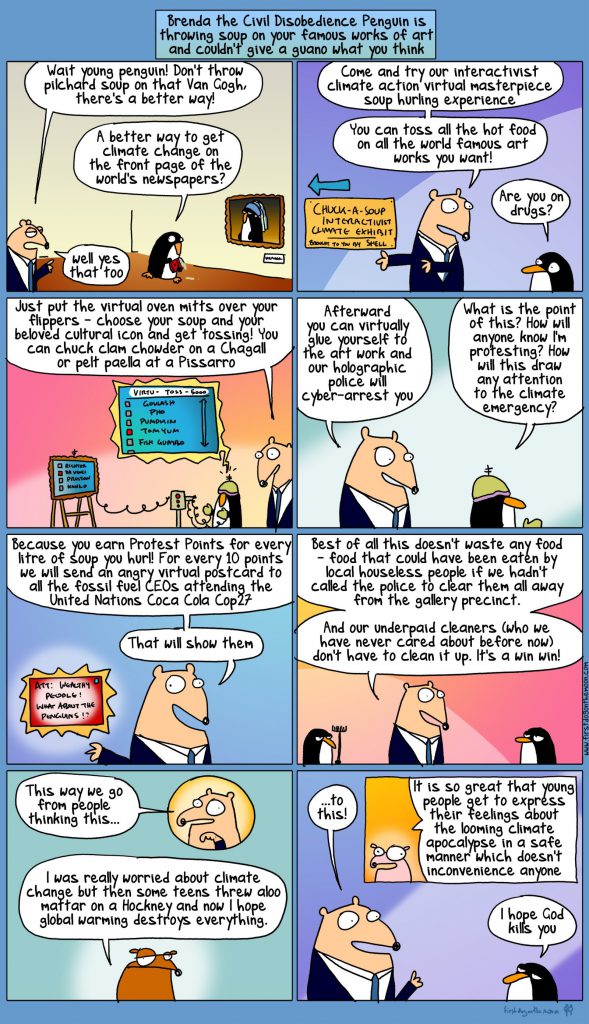 cartoon by First Dog on the Moon

Oil, war and the fate of industrial societies: The latest on collapse from Richard Heinberg. Its crushing conclusion:

World oil production stopped growing in 2019, just before the CoVid-19 pandemic. Even if a new peak of production occurs before 2030, it will likely exceed the 2019 level by only a tiny fraction, and only for a short time. There is simply no breathing room left for petroleum-powered world economic growth.

If the diagnosis I offered in 2003 is turning out to be true (though delayed), my prescription should also be revisited. Learn to get by with less. Cooperate more with your neighbors. Find ways to exit the monetary economy. Replace oil with renewable-based electricity where you can, but otherwise simply lower your expectations. And please let’s not fight over what’s left.

Oh, and we’re also running out of water: Freshwater scarcity and chronic drought now plague half of our planet, and the situation is getting worse. Guess who’s going to get what’s left? 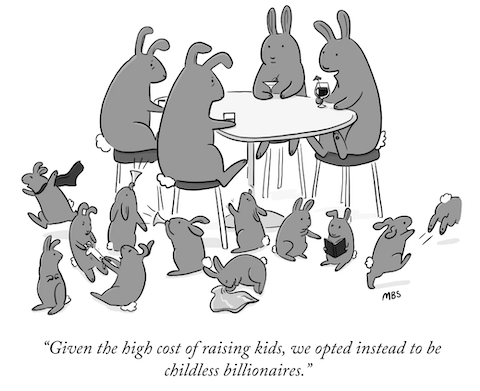 How to rid your company of hierarchy successfully: A Basque business transformation coop explains the ten elements of a successful self-managed organization. Thanks to Kavana Tree Bressen for the link, and the two that follow.

How Black paramedics set the US standard for emergency response: A Pittsburgh ambulance service, fed up with discriminatory two-tier emergency health services, pioneered a better way.

Want to get people to do something? Make it easier: Canada’s chief public health officer, rather than trying to run the gauntlet to reimpose mask mandates as hospitalizations rise again (especially among children), is exploring ways to make it easier to “mask up”.

this is the worst of all possible jokes — a combination in-joke and pun; the “lettuce” is the one that outlasted Liz Truss as UK PM

End the War: After a handful of US progressives called merely for diplomatic talks to try to end the Ukraine war, the Biden warmongers’ response was so savage that the progressives quickly retracted and meekly apologized for daring to suggest peace talks were a possibility. This is deranged. As this war continues to simmer and threaten to explode into nuclear conflict, the Euro-American empire is, once again, deliberately fanning the flames and abrogating its responsibility to try to bring an end to this socially and ecologically disastrous war. As Chris Hedges says, “You know you are in trouble when Donald Trump is the voice of reason.” If nuclear war erupts, it won’t matter one iota whose ‘fault’ it was.

“The US economy is in tatters”: Gutless governments of both parties refuse to raise taxes on the rich and clamp down on rampant tax fraud. They leave the unpopular work of managing the economy to the Fed, whose answers to everything are to adjust interest rates and, if that fails, to bail out mega-corporations that made risky, dangerous investment decisions. The economy will continue to slide into insolvency and bankruptcy unless courageous public policy steps are taken soon. Thanks to John Whiting for the link.

Corpocracy, Imperialism & Fascism: Short takes (thanks to John Whiting for many of these links):

CoVid-19 Becomes the Pandemic (mostly) of the Unvaccinated: You know the drill: Get all the boosters you can (I just got my 5th shot, the one specifically for the new variants). Mask up indoors and in crowded places. Test, tell people, and self-isolate when you get sick. Your aging and immune-compromised friends and family members thank you. 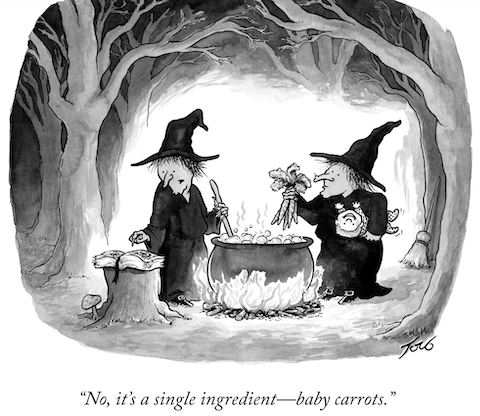 Quantum hype: Sabine Hossenfelder brilliantly skewers the latest nonsense about quantum computing, and the distressing ignorance of “science journalists” that leaves them open to exploitation by publicity- and grant-hungry “scientists”.

The insidious cult of longtermism: Also from Sabine. Many of the world’s richest and most powerful people subscribe to this reckless, ruinous, inhuman, extreme ideology.

Kevin Kelly’s unsolicited advice: 68 bits of clever, sometimes charming ‘advice’ from the tech pioneer. Lots to think about here. Thanks to PS Pirro for the link. My ten favourites:

The ancient peoples of the western hemisphere: A new book argues that anthropological claims that the New World has only been populated for 12 millennia is rooted in colonialism. Thanks to Paul Heft for the link.

No separation; no one to blame?: Political commentator Caitlin Johnstone takes a break from biting criticism and investigative journalism to riff on non-duality. Of course, she had no free will to do otherwise. 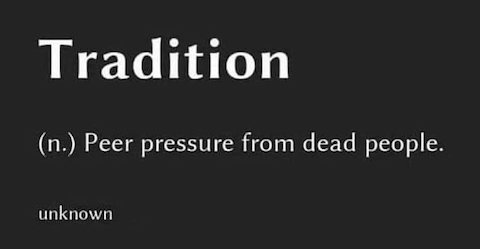 From Indrajit Samarajiva on “free speech“:

Corporations literally put their names and logos all over the thing. It’s called advertising. The media openly publishes press releases from the CIA or whoever, effectively privatizing propaganda… There is no free press. It’s all bought and paid for… [Real free speech is] some schmuck on a keyboard talking to you. You talking to another parent at school. You talking to your football team, or the people at work. When rich people use [media] machinery to drown out that speech, in every bar, in every living room, in every pocket to spew out a few voices saying the same few things, that’s not ‘free’ speech… We live in an age where masses of people are literally declared illegal while corporations are legal people. This all hides in plain sight…

The problem is not really Mr. West, or Musk, or Bezos, or the Ochs-Sulzbergers. These are just the digestive bacteria inside of much larger corporate beings. They have bought up a ‘right’ and privatized it, lobotomized it, and made it into just another commodity.

(also from Indrajit, this moving article about contemporary London, and its chasm between the rich and powerful and the poor and powerless.)

From Lyz at Men Yell At Me, on dividing women against themselves:

On October 19, The Guardian published a series of images of fetal tissue before 10 weeks. The images when shared online caused critics to call them fake. What they showed were simply white masses, spreading out like ice on a window pane. Nowhere were there eyes or a heartbeat. Instead, it was just tissue. An indescribable white mass.

One of the doctors quoted in the Guardian story notes that when people receiving an abortion look at the tissue, “they are stunned by what it actually looks like. That’s when I realized how much the imagery on the internet and on placards — showing human-like qualities at this early stage of development — has really permeated the culture. People almost don’t believe this is what comes out.”

From Lawrence Raab — The Last Day on Earth

If it’s the title of a movie you expect
everything to become important—a kiss,
a shrug, a glass of wine, a walk with the dog.

But if the day is real, life is only
as significant as yesterday—the kiss
hurried, the shrug forgotten, and now,

on the path by the river, you don’t notice
the sky darkening beyond the pines because
you’re imagining what you’ll say at dinner,

swirling the wine in your glass.
You don’t notice the birds growing silent
or the cold towers of clouds moving in,

because you’re explaining how lovely
and cool it was in the woods. And the dog
had stopped limping!—she seemed

her old self again, sniffing the air and alert,
the way dogs are to whatever we can’t see.
And I was happy, you hear yourself saying,

because it felt as if I’d been allowed
to choose my last day on earth,
and this was the one I chose.