You Have My Divided Attention 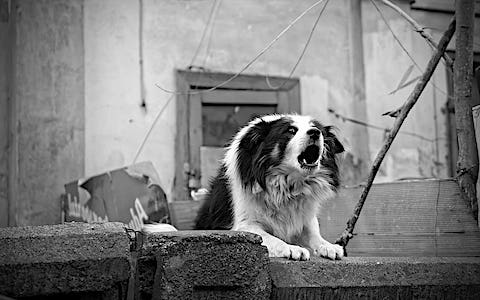 Since I first wrote about Paying Attention to What We Pay Attention To, eighteen months ago, there has been a lot of, well, attention in the media about the business and importance of paying attention.

As I’m not a believer in free will — I believe that everything we think and do is a biologically or culturally-conditioned response, over which we have no choice — it seems a bit paradoxical to wonder whether we can actually, ‘wilfully’ become more aware of what we pay attention to. Unless of course, it is in our conditioning to do so.

There have been enough incidents in my life when my lack of, or misdirection of, attentiveness has caused distress to me or to those I care about, that I would guess my recent preoccupation with self-awareness about where I am putting my attention is probably conditioned. Kind of like my predilection to write absurdly long and convoluted sentences like the previous one. But at least I’m a little more aware of it! “Defining and appreciating the problem is half way to solving it”, and all that.

Our attention — what advertising, PR, propaganda and the media all trade in — is just one of the things we parse and parcel out in accordance with our (conditioned) beliefs and preferences. We also allot our time (not the same as our attention), our energy, our appreciation, and, of course, our money.

There are constraints on all of these allotments, and never enough of any of them to quite go around and keep us entirely happy, no matter how much of any of them we receive, have, or give.

So we are left with the difficult business, not of choosing how to allot our constrained amounts of these things (since I believe we have no choice in the matter), but rather of how to rationalize how our conditioning has led to the allotments that we’ve made. How to explain the phone call not made, that someone was desperately awaiting. How to explain that thing we did when surely it would have made more sense to do this other thing instead.

When no persuasive rationalization is forthcoming, shame and guilt and grief and other self-recriminations come rushing in, dragging along with them anger (at oneself and perhaps the other whose action or expectation prompted this ghastly realization) and fear (of one’s own poor judgement, incompetence, and the consequences of what now seems assuredly our grievous wrongdoing).

These can quickly spiral into further critical rationalizations and their concomitant negative emotions.

And that’s true even if you believe, if you somehow ‘know’, that no other outcome was ever possible, that there was no choice, no free will in what was done, or not done, thought, or not thought. Or in what was paid attention to, or not, or appreciated, or not, or what we invested time or energy or money in, or not.

We are all just delivering the lines in the play that were assigned to us, acting out the movements in the script.

Can we be conditioned to become more self-aware of those words and actions, and the impact they might have on ourselves and others, afflicted as we all are with the unshakeable but illusory sense that we have self-control and free will over our beliefs and behaviours?

My sense is that we can be (and are) so conditioned, by others’ words and actions, by what we read and watch and, by, uh, what we pay attention to. But that we cannot condition ourselves. And, perhaps worse, such self-awareness will only ever be in retrospect, a part of that rationalization of what has already happened, for better or worse.

So if our rationalization includes the insight that we have ‘inadvertently’ hurt or harmed ourselves (eg because of something unhealthy we couldn’t resist consuming) or others (eg because of something we couldn’t help saying or doing), we can say we’re sorry, but we cannot promise the action or behaviour will not occur again. This might sound weasel-y, like the acts and statements of contrition of a serial abuser. But I think it’s honest, the most honest we can be. I think the victims of abusers would mostly agree that promises of non-recurrence of destructive behaviours are largely worthless.

I am more and more convinced that we are going to invest our time, our energy, and our money, and mete out our attention and appreciation, precisely as our biological and cultural conditioning dictates, given the ever-changing circumstances of the moment. Our shame, guilt, grief, anger, fear and the host of other rationalizing self-recriminating emotions after the fact may be heartfelt, and may provide solace to others who believe those negative feelings are well-founded and reassuring. But beyond perhaps making us a bit more neurotic and self-loathing, they will, I believe, change nothing.

Still, that will not change my conditioned behaviour. I will go on trying, for example, through various exercises, practices and thought experiments, to see if I can shift my attention from the mess of endless, mostly useless thoughts inside my head to the more ‘real’, physical world outside it. When I watch the crows, I will try to focus on their movement, their voices, their interactions, and not on my judgement, my ‘making sense’ of what all that ‘means’. That’s what my current conditioning has led me to try to do. And the degree to which I ‘succeed’ will, equally, depend entirely on my biological and cultural conditioning, and on the circumstances of the moment.

Likewise, when it comes to how I spend my time, my energy, and my money, and what I appreciate, I will have all sorts of (conditioned) opinions about how to mete out each, how to spend more on x and less on y, and on what I ‘should’ or ‘should not’ do, both before and after the fact.

But ‘I’ and my ‘free will’ will have no say in what I actually do — my conditioned best, the only thing that I could possibly have done in the circumstances.

3 Responses to You Have My Divided Attention