Why is Community So Hard? 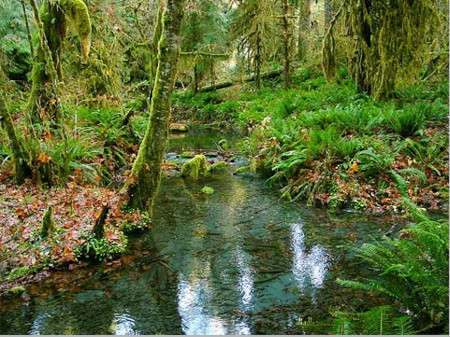 In a recent article, I discussed one of the great challenges of creating model communities that might, when our civilization collapses later in this century, show the survivors a better way to live and make a living than the fragile, hostile, globalized, centralized, dependent, anonymous, suspicious urban and ex-urban agglomerations most of us live in now.

That challenge was and is the cult of individualism – the bizarre worldview that holds that we have a ‘right’ to acquire, possess, ‘enjoy’ and refuse to others, anything (and, if we were to be honest, anyone) we can ‘afford’ (no matter how our money was acquired), including as much property as we choose, and that we have a responsibility to and for no one except ourselves and our immediate families. The corollary of this cult worldview is that we have a ‘right’ to secure that property with guns and fences and locks, and that those who have no money or property have only themselves to blame and, in a sense, deserve to suffer illness, poverty, hunger and an early death..

The cult of individualism is likewise the cult of materialism and consumerism – our ‘value’ is a function of what we own and how much we consume.

As my friend Nelda Martinez pointed out, this pervasive and now-global worldview is the antithesis of communitarianism, and poisons every effort to make community work, because as soon as the desires or needs of the individual and those of the community are at odds, the individual always wins – s/he walks away from community, or refuses to accept its authority and the commensurate responsibility that every member of a real community must embrace. The idea that everything belongs to the community (or beyond that, that it belongs to no one and that community belongs to the land) is anathema to the cult worldview, totally irreconcilable with it. The idea that authority resides in the collective, achieved by consensus and continuously re-earned, rather than being bought by money or achieved by wielding political power coercively, is likewise unthinkable. The idea that we are individually and collectively responsible for the well-being of all life in our community and through it for all-life-on-Earth, now and for generations to come, is unfathomable.

It is hard to imagine how we could make the transition back from this only-life-we-know cult worldview to a communitarian worldview, but as Nelda explains that is precisely what we must do if we are to hope to find a sustainable alternative way to live and make a living.

In a comment on my initial post, another reader, Sue Greer-Pitt, points out that there is another major challenge to making community work in our modern civilization. That is our inherent desire to find and make a life with people like ourselves, rather than with the people who happen to be our immediate neighbours. As Sue puts it, “Community has always been about finding others like ourselves and imposing conformity. “ Our modern geographic transience, she says, can be ascribed to the fact that this “exclusive” conformity and closed-ness of homogeneous communities left most of us, in a world with an ever-exploding population, out in the cold, driven to the anonymous cities in search of those who would accept us, seeking with other “ex-communicated” people others who share our worldview with whom we can make our own exclusive community.

It’s hard to accept that this intolerance of difference and diversity, this xenophobia, with its undercurrent of racism and every other –ism, is truly the inherent nature of our species. When we were a steady-state species in a world of abundance without growth, this constant dynamic of separation and reconnection was sustainable (if disruptive). In the pre-industrial world where you could expect to meet perhaps a few hundred people in your whole life, your choices of who to live with were few, and you either settled for those you knew who you liked best, or opted for a solitary life, essentially self-selecting yourself out of the gene pool.

But when you can expect to meet and choose from among perhaps tens of thousands, even millions of people, and when at the same time the world has run out of space for new pioneer communities, and has become so monstrously overpopulated and crowded with humans that our world of abundance has become a world of previously unimaginable scarcity, competition and suffering, you have the makings of a total societal breakdown. Too much choice, too much unrealistic, impossible expectation, too much friction between heterogeneous neighbourhoods barely concealing their fear of and loathing for each other.

It would be magical thinking to believe we are going to solve the horrific problem of overpopulation and exhaustion of our resources and our natural world, or that we are going to suddenly change, on a large scale, millions of years of evolved human nature. So what can we do? How can we create viable model communities that really work, in the face of the double dilemma of the pervasive cult of individualism and our inherent and insatiable longing for homogeneity, to be comfortable with others ‘like us’, who we can work with and play with in activities that we share a love of, and share ideas with sympathetically, and just love without fear or restraint?

My friend Joe Bageant’s son says that “Community is born of necessity”. His answer to this question is that we will create workable, sustainable communitarian models when we have no other choice, when the only life we know has ceased to be.

While I think this is true, I wonder whether there are enough of us now who see the necessity of putting aside our idealism, recognizing and overcoming our individualism and desire for homogeneity, and creating what my brother calls Gravitational Communities – groups of people who have enough of a common worldview, and enough self-knowledge and self-esteem, to do the hard, post-modern pioneering work of creating model communities that really work, to show others what is possible, or at least what will be when there is no alternative.

How would we go about finding people altruistic and self-aware enough (and not too busy dealing with the all-consuming needs of the moment in industrial society) to create such model communities ‘gravitationally’? And if we found them, how would we go about creating, consensually, collaboratively, collectively, models that will serve as a beacon for others, and as perhaps the only useful legacy of civilization culture for the survivors of its collapse?

16 Responses to Why is Community So Hard?