Are We All Broken?

(This is the first of at least three ‘miniature’ posts. I’m spending most of my time these days digesting what I’ve been learning, about myself and about others, from a raft of new people I’ve met in the past month, and from the experience, for the first time in 30 years, of living alone. This isn’t giving me enough time for my usual lengthy blog articles, but I wanted to at least get these three ideas out, for your thoughts.) 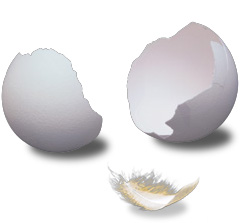 Over the past month I have heard at least a dozen candid ‘life stories’ from people, mostly in answer to the questions, “Who are you, now?”, “Why are you here?”, and “What are you going to do next?” There is a strong recurring pattern in these stories, and I don’t think it’s just because almost all these people are living on the West Coast of North America. The pattern is, to put it indelicately, brokenness. As I hear people open up and talk to me (and others, often in groups) about what they are feeling, I get a growing sense that we are all broken, wounded, suffering, seeking sanctuary, bewildered, wondering how we lost something important that was part of us.

I think the reason I never heard this clearly before is that I wasn’t listening. If you show, by your inattention, that you don’t care about other people (and I confess to having been notorious at that, to the point of acknowledging a certain misanthropy within me), they will never trust you enough to tell you what they feel. We have all been conditioned, by parents’ reprisals, by the school system, by peer pressure and by the work world, to hide what we feel, to suppress it, to take on a more stable and mature persona than the one we really are. We assess people as a result by their demeanour and their appearance, by what they do rather than who they are underneath all the gunk they have taken on to act out the identities expected of them, the only identities tolerated in this harsh, homogeneous and judgemental society.

When I suggest we are ‘broken’ I’m not saying there is something wrong with us, that we need to be ‘fixed’. I mean that we have been broken, tamed, like wild horses. We are, after all, the first domesticated species, having taken our own medicine and become ‘civilized’ before we ran roughshod over the entire planet with our civilization religion, our civilization dis-ease, this culture of fear and acquisition and disconnection.

I think despite this cultural conditioning we are all, still, as a result of a million years of living in trees and in forests and as a part of all-life-on-Earth, wild at heart. This civilization stuff is just a veneer, a cloak we wear that is ill-fitting and uncomfortable, too heavy for us, smeared with all the gunk we have taken on, a mask of what is expected and what we are not.

We are broken, damaged, suffering, but we do not need to be fixed. What we need is to rediscover who we are, authentically, and to re-become that real person, the person underneath all the acting and artifice and false personas. We need to become as wild as we always were, feral, uncivilized, reconnected.

How do we do that? It has taken a lifetime of practice to appear to become (and to the point we have taken these false identities seriously, to really become) someone we’re not. What ‘healing’ practices will it take for each of us to become who we really are? In this world where money is valued too highly and time not highly enough, can we even make enough time for such practices? What will others think and say and do if we start to become our true wild selves again? Will they fight us or follow us? Is this the first step, perhaps the only needed step, to walking away from a civilization that no longer serves us and which is destroying our planet?

That’s a lot of questions, and for now that’s all I have. Tell me what you think. I’m listening. Go wild.

24 Responses to Are We All Broken?