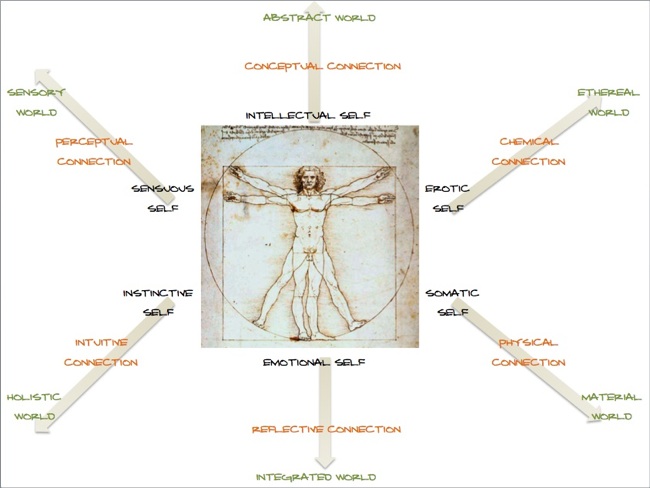 This Sucker’s Going Down…: Two of my most informed sources on the economy are warning that our overwrought, overstimulated and fundamentally ruined economic system is now teetering, and it’s time, if you are still invested in equities or worse, to head quickly for the exits. Jim Kunstler notes in a blog post ominously called “A Still Moment”:

This sucker is going down because the train of bankruptcies underway has a remorseless self-reinforcing power to provoke more and more bankruptcies at every stop along the line as every promise to pay is welshed on. The mortgages will not be paid and securities will not pay their investors and the banks will choke on the bad paper promises in their vaults and the pension funds will not pay their beneficiaries and the states and counties and municipalities will go broke and not pay their employees and creditors, and the federal government will not be able to “print” new money in sufficient quantities fast enough to compensate for all the money not being paid up-and-down the line… and one morning we will wake up and discover that all those promises to pay were sham promises based on no productive activity whatsoever… and that will be a sad day…

So many forces are roiling around ‘out there’ now that it’s hard to believe that the authorities in government and banking can keep the illusion of normality going a whole lot longer. The possible litigation against Goldman Sachs-style frauds by a thousand aggrieved victims is enough to paralyze the system. Meanwhile, trillions in credit default swaps are ticking away like dirty bombs. Greece is going down, with Portugal, Spain, Ireland, and the UK standing by to go next. Nobody can pay their bills. Before long, the old folks won’t get their checks. Then the poor folks.

…And Automatic Earth Gears Up for the Fallout: In an equally ominous development, Stoneleigh has quit her job to help transform her blog (with Ilargi) into a full-time multi-faceted information centre to help the millions of victims of the coming economic collapse to prepare and build resilience to deal with it.

Unschooling Debate Heats Up: You probably know I’m a huge fan of radical unschooling and in particular PS Pirro’s unschooling manifesto. What I haven’t talked about is that when the collapse of the three E’s (economy, energy, ecology) comes, there will be no money for public education, and probably not enough to keep private schools going either. So we’re going to have to work in partnership with other parents in our communities to homeschool and/or unschool the community’s children. As an average, disengaged student who came late to unschooling and was transformed by it into a scholar and a competent writer, I’ve come to believe that, with patience and the freedom to make mistakes, every child can thrive in a self-directed unschooling environment, even with little or no parental guidance. So I was surprised when the brilliant and informed Sharon Astyk took a shot at unschooling enthusiasts, saying it was no panacea and wasn’t for everyone. Of course I passed this on to PS, who has written a very smart response. Please read both posts — it’s an important debate.

The Bright Side of Doomers: Vera Bradova, who has labeled us post-civilization bloggers and back-to-the-land types predicting the end of our civilization in this century “doomers”, has two good things to say about us: (i) we’re past denial, and awake to ho the world really works, and (ii) we’re doing interesting, useful and contagious things to address the challenges, not just complaining. “The main point of their stance is sound: moving out of the infantilized, catered and untenable modern lifestyle and into one that is based on self-reliance, sanity, community. They are the resilience pioneers.” Right on.

Living the Generosity Economy: Interview with a Melbourne Australia restaurant whose menu has no prices. Thanks to Tree for the link.

The Trillion Dollar Fraud: John Talbott in Salon explains why the Fed, which is not a government agency and which is, quite overtly and deliberately, controlled entirely by the banking industry, is so fiercely opposed to being audited.

Billions Spent on Psych Drugs — With No Net Benefit to Patients: A new book Anatomy of an Epidemic by award-winning journalist Robert Whitaker concludes that psychiatrists and Big Pharma have been working together for decades to conceal evidence that both “industries” fail to improve the mental health of most patients. Excerpt from a Salon interview:

The problem is that psychiatry, starting in 1980 with the publication of the DSM-III, decided to tell the public that psychiatric disorders were biological ailments, and that its drugs were safe and effective treatments for those ailments. If it suddenly announces to the public that a long-term NIMH-funded study found that the 15-year recovery rate for schizophrenia patients was 40 percent for those off meds and 5 percent for those on meds, then that story begins to fall apart. By not reporting the results, psychiatry maintains the image of its drugs in the public mind, and the value of psychiatrists in today’s therapy marketplace.

Joe Bageant Takes on the Media: Joe lashes out at Anderson Cooper and the rest of the overpaid celeb entertainment media cabal. Excerpt:

We’re gonna “develop” and “stimulus” our way out of what is happening now — which is that we are fast becoming a slave labor workhouse planet. Now let me see here — hmmm — who is in charge of development? Oh yeah, the global financiers.

There is no way the world’s working people can win in the long run, which is getting pretty damned short, or even survive, except by joining the worker struggles, of China, Asia and Africa and India. The idea that American workers are the same as the Asian and Latin American and African working people goes down hard in American gullets… As a people, they’ll never ever accept that fact, because they’ll never know it for at least two reasons. (1) They are  too over worked and undereducated to find out for themselves, and (2) American corporate media machinery will never let them hear of it. Americans are screwed, blued and tattooed.

Between the corporate and financial elites and the slobbering masses stands the American Information Class — the reporters, talking heads, news anchors and pundits. In short, the entire gaggle of meat puppets and journalism hacks who have been cultivated and bred to be clueless by the university industry and others serving our corporate empire. In other words, serving global capitalism, and the national fictions it maintains, including that sizable piece of corporate feudal turf known as America.

Former UN President Speaks Out: Father Miguel D’Escoto at the alternative People’s Congress on Climate Change and the Environment describes the UN as “The Subjugated Nations”, a dysfunctional dictatorship of the West (the security council), and lashes out at the US wars of occupation in the Mideast and the need for Latin America to plot a new course. Thanks to Tree for the link. and the one that follows.

What if the Tea Party Were Black?: “Imagine that hundreds of black protesters descended on DC armed with AK-47s. Would they be defended as patriotic Americans?”

The Future of Publishing: A great article in the New Yorker by Ken Auletta on the fight among Amazon, Apple and Google for publishing dominance, and what it means for a struggling publishing industry (books, magazines, newspapers and all other matter of intermediated information and entertainment). Highlights:

David Rosenthal, the publisher of Simon & Schuster, says that his company is racing “to embed audio and video and other value-added features in e-books. It could be an author discussing his book, or a clip from a movie that touches on the book’s topic.” The other major publishers are working on similar projects, experimenting with music, video from news clips, and animation. Publishers hope that consumers will be willing to pay more for the added features. The iPad, Rosenthal says, “has opened up the possibility that we are no longer dealing with a static book. You have tremendous possibilities…” [now you’re talking]

A close associate of [Amazon head Jeff] Bezos puts it more starkly: “What Amazon really wanted to do was make the price of e-books so low that people would no longer buy hardcover books. Then the next shoe to drop would be to cut publishers out and go right to authors.” Last year, according to several literary agents, a senior Amazon executive asked for suggestions about whom Amazon might hire as an acquisitions editor. Its Encore program has begun to publish books by self-published authors whose work attracts good reviews on Amazon.com. And in January it offered authors who sold electronic rights directly to Amazon a royalty of seventy per cent, provided they agreed to prices of between $2.99 and $9.99. The offer, one irate publisher said, was meant “to pit authors against publishers…”

Although critics argue that traditional book publishing takes too much money from authors, in reality the profits earned by the relatively small percentage of authors whose books make money essentially go to subsidizing less commercially successful writers. The system is inefficient, but it supports a class of professional writers, which might not otherwise exist.

THOUGHTS OF THE WEEK (POETIC EDITION)

From David Whyte (thanks to my new friend Dawn Smith for pointing me to the three poems/thoughts that follow):

When your eyes are tired
the world is tired also.

When your vision has gone
no part of the world can find you.

Time to go into the dark
where the night has eyes
to recognize it own.

There you can be sure
you are not beyond love.

The dark will be your womb
tonight.

The night will give you a horizon
further than you can see.

You must learn one thing.
The world was made to be free in.

Give up all the other worlds
except the one to which you belong.

anything or anyone
that does not bring you alive

is too small for you.

Also from David Whyte from his talk Being at the Frontier of Your Identity (available as a free podcast on iTunes):

You have to enunciate the exact nature of your exile…

It is frightening to do this because as soon as that true presence makes itself known, enormous parts of you are going to disappear, die, fall away…

But at the same time, everything you are doing or not doing suddenly makes sense, [including an appreciation of] what is standing in the way of your real life…

You must turn towards your vulnerability…

And remember: There is no path that goes all the way.

From Mary Oliver (a partial excerpt):

You do not have to be good.

You do not have to walk on your knees
for a hundred miles through the desert, repenting.
You only have to let the soft animal of your body
love what it loves.

From the free downloadable e-book Believe Me: A Storytelling Manifesto (thanks to Tree for the link):

We all want to look back at the story of our lives, and know that it made sense. — the author, Michael Margolis

If you’re going to have a story,  have a big story, or none at all. — Joseph Campbell

There is no greater burden than carrying an untold story. —  Maya Angelou

Those who do not have power over the story that dominates their lives —the power to retell it, rethink it, deconstruct it, joke about it, and change it as times change— truly are powerless, because they cannot think new thoughts.  —Salman Rushdie