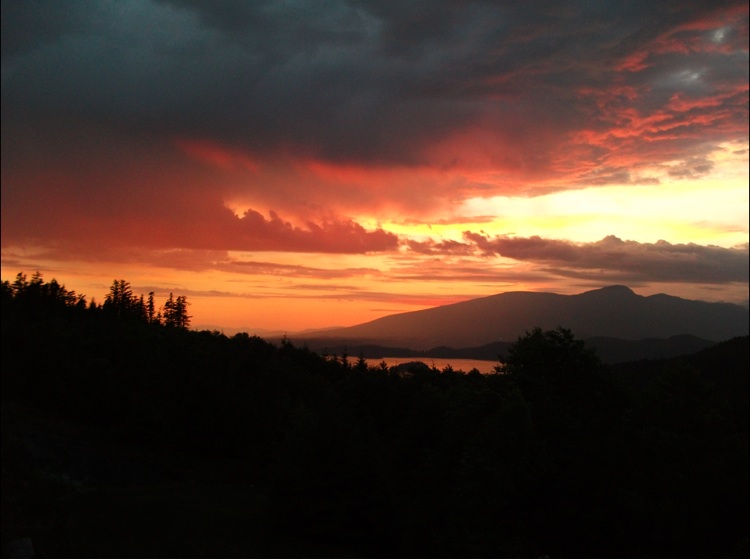 In my dream, there are forty of us, gathered together, holding hands in a large circle. As a noted guest of the group, I am asked to say a few words before… I am not sure what — a meal, a conference, a departure? This is what I say:

Thank you to the organizers for your invitation, your welcome, for bringing us together.

As I look around this circle, I am struck by the fact that most of us here were around when the song The Times They Are a-Changin’ that we sang a few moments ago, was first written. We sang these words when we were preparing to shake the windows and rattle the walls, to end the war and usher in a better way to live:

Come mothers and fathers throughout the land
And don’t criticize what you can’t understand
Your sons and your daughters are beyond your command
Your old road is rapidly agin’.
Please get out of the new one if you can’t lend your hand
For the times they are a-changin’.

And as I look at us, now mostly grey-haired and rapidly agin’ ourselves, I wonder: Where are the voices of anger and protest and determination of those who are now the age we were then? Why are those in their teens, twenties and thirties not angry, not protesting, not pledging to smash the system that is desolating our world and pushing our fragile civilization to the brink of collapse and precipitating the sixth great extinction of life on Earth? Are they just uninformed? Too busy struggling with their own needs of the moment? Hope-less that change is possible, or that they can precipitate it? Complacent that someone else will solve the problems for them, and do so in time? When will they be ready to fight the exhausting fight that we are still leading after all these years?

John Gray, in his astonishing book Straw Dogs, tells us that our idealism was understandable but misplaced. He writes:

We can dream of a world in which a greatly reduced human population lives in a partially restored paradise; in which farming has been abandoned and green deserts given back to the earth; where the remaining humans are settled in cities, emulating the noble idleness of hunter-gatherers, their needs met by new technologies that leave little mark on the Earth; where life is given over to curiosity, pleasure and play. There is nothing technically impossible about such a world…A High-tech Green utopia, in which a few humans live happily in balance with the rest of life, is scientifically feasible; but it is humanly unimaginable. If anything like this ever comes about, it will not be through the will of homo rapiens…

On the basis of overwhelming evidence that I have examined in ten years of study of our civilization, I have come to accept that this civilization, like all those before it, will end, most likely through a Long Emergency that will consume much of this century, precipitated by a series of cascading economic, energy and ecological crises that will be beyond our capacity and resilience to survive. It will be ghastly and grim but it will be a drawn-out, generations-long descent that will be mostly peaceful, and accompanied by no more aggregate suffering than gaia, the collective organism of all-life-on-Earth, is enduring every day now, though most of us are afraid to see it because the grief of that reality, the knowledge of what is really happening in this terrible world, is just too much for us to bear. And post-civilization human society, with much smaller numbers and only rudimentary technology, holds the promise of being staggeringly diverse, exciting, responsible, connected, sustainable and joyful.

So what are we to do, we “elders” still holding the space for future generations who are strangely silent, absent, disengaged?

I would argue that our role, now, is to wait. That doesn’t mean we should do nothing. As we wait for those under 50 to take the torch from us, we should love with all our hearts, we should be generous to a fault, and we should continue to learn the truth of how the world really works, to hold a mirror of that unnatural present reality to the world, and to imagine how it might, if only in our dreams, be better.

Our role, I think, is to wait until the young are ready, because it is their fight now — they will be the ones who will have to face the darkest days and years of civilization’s slow collapse. And one day they will be ready, as ready as they can, to face that terrible truth and to do what they must. When that time comes, we must be ready to listen, to encourage, to counsel when asked, to facilitate. We must be ready to share what we know, to suggest models to help them cope and create a better way to live, to help them fight rear-guard holding actions to mitigate the worst excesses and atrocities of the industrial society we have, through our complicity and complacency and ignorance, thrust upon the world.

And beyond this, our role is to remove the obstacles to their fight, and to stay out of their way, to “get out of the new road if we can’t lend a hand”, because what we’ve shown, and done, for all our shouting and protesting for the last 40 years, is dreadful, beyond inadequate, pathetic. We have made the world, through our action and inaction, much, much worse than it was 40 years ago. It’s time we showed the humility and grace to acknowledge that failure, in our old age, and to accept responsibility for it and cede authority to those younger than we are, in the hope that they might do better.

So this is my plea, my prayer, my fervent hope, that we will stop trying to lead, stop hogging the limelight and the power and the attention of the world. Stop being preoccupied with ourselves and our own damaged egos and selfish needs. Just stop. Let go. And wait. The fourth turning is coming soon, and it’s time for us to yield, to get out of the way, to open and hold the space, to resign from authority and to contemplate and reflect self-critically on what we have done, who we are, what we owe. Listen to the young. Ask humbly how we can help them do what they think must be done. The future, dark and turbulent, is theirs. We must wait here, in the present, until they grasp it, like the string of a kite in a hurricane, and then hold them with every ounce of strength in our exhausted bodies and weary hearts.

We owe them no less.

8 Responses to Dream for Generations