Some of you are aware that I have been working on a cooperative board game called Collapse! designed to help people learn and practice grassroots community-building and preparing locally for the various crises that may precede civilization’s collapse. I’ve finally got a first outline draft of the game, and decided to share it with the world before I go any further. Here are the rules and some images of the game equipment that I have developed thus far, along with a list of what I still have to do to complete the game’s development. You can download larger PDF versions of the illustrations on this Google Doc. I welcome your comments. 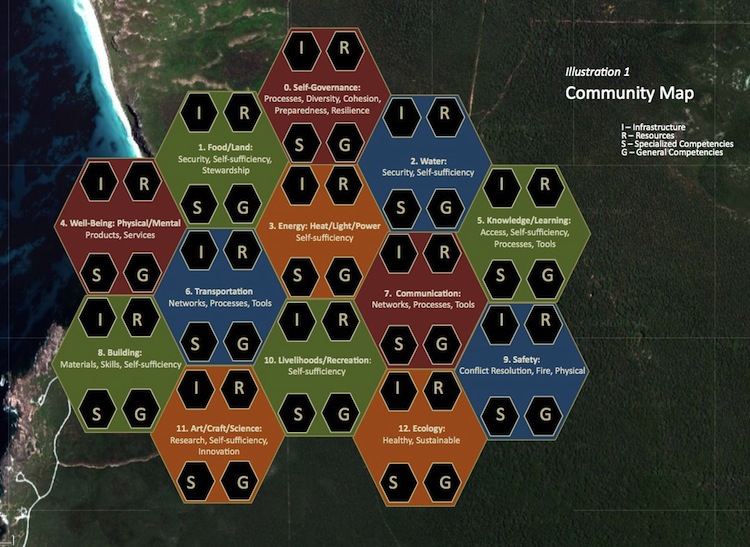 Purpose of the Game: To enable those concerned about coping with emerging economic, energy and ecological crises to learn about and practice, through game simulation, building resilient and sustainable communities.

Game Objective: The players work cooperatively to build a new self-sufficient, resilient community, and prepare for and deal with various 21st century crises as they impact the community. The effectiveness of their efforts is reflected by changes in the community’s Well-Being Index (WBI). The game continues until the WBI either falls below the ‘unsustainable’ threshold (game is lost) or rises above the ‘exemplary’ threshold (game is won). 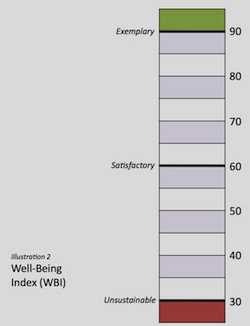 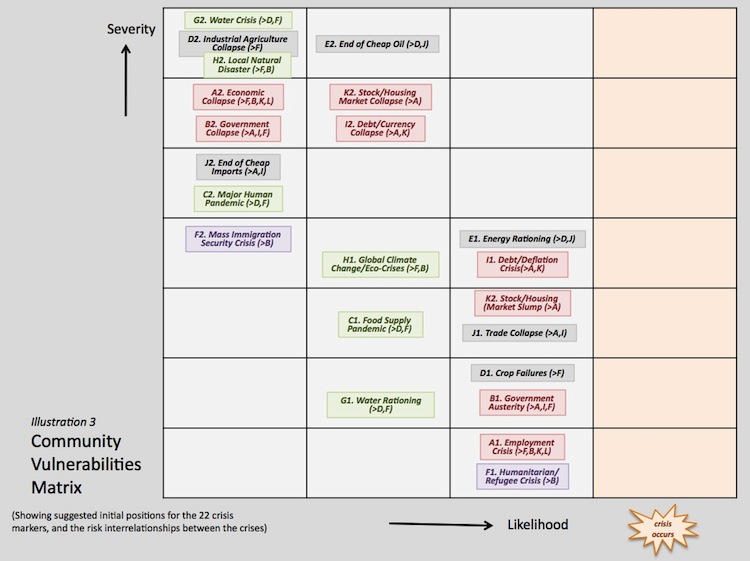 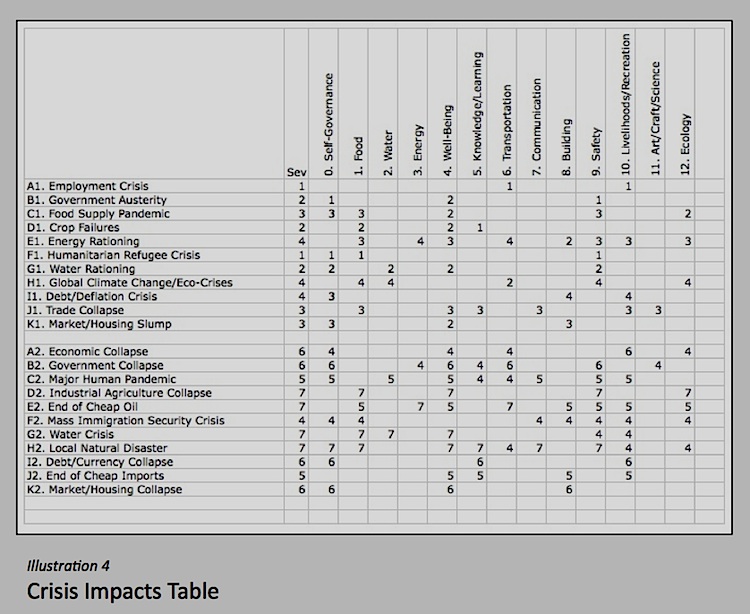 Work still to be done: