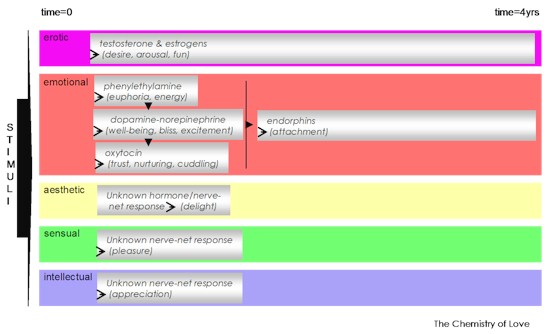 This is another in my series of articles exploring the basic existential questions of who we are and what motivates us to do what we do. For those puzzled about what that has to do with “saving the world”, my answer is that if we hope to be able to organize with others to make the world a better place, and deal with the huge crises we are now beginning to face, we are going to have to be cognizant of the truth of human nature, and specifically these existential questions. There is no point hoping millions or billions of people are going to change their beliefs and behaviours if such change is just not in our nature. And, as regular readers of this blog know, I am inclined to believe it is not in our nature, though I’m open to evidence to the contrary.

My friend Dale Asberry has been writing about “human cognitive failures” and put me on to this article in the extraordinary Less Wrong wiki, about whether what we want and what we like are different, and if so how and why. At the same time, my contacts who are members of Quora, a collective brainstorming site on deep philosophical questions, have been pinging me about the threads related to the existence (or non-existence) of free will.

As I wrote last year, my position on who we are and the existence of free will is as follows:

So ‘we’ are, essentially, helpless witnesses in an endless struggle between our cells/organs/bodies and our culture for control of ‘our’ minds, and our beliefs and behaviours reflect who has ‘won’ each battle in that struggle. By contrast, our close cousins the bonobos (yes, I know they aren’t perfect either) are at peace — there is no inherent conflict between what their bodies and culture want, no scarcity, no imposed responsibility, almost no aggression, no monogamy or jealousy, no hoarding. And their only real stress is caused by our brutal, cancerous culture, which is extinguishing theirs.

Where does ‘liking’ versus ‘wanting’ fit into this model of who we are? Things we like (such as being in love, being in nature, listening to music, play, learning and helping others), according to the Less Wrong article, are different from things we want (such as sex, addictive foods and other substances, attention, appreciation, and acquisition of shiny objects — all things that in our modern culture are usually scarce). When we do or get things we like, we are happy. When we do or get things we want, we are often not happy — just (for a time) satisfied. Wants are cravings; likes are joys. Needs are another matter entirely — none of the “wants” listed above are really needs, the way that nutritious food, water, warmth, and social contact are — things we cannot live without. Wants could be seen as the midpoint of a continuum between likes and needs. Some things may be both wants and likes — beauty, for example, may be something we crave (especially if our world offers little of it) but is also something we derive genuine happiness from.

An example to explain the difference: For many years I hosted and organized monthly neighbourhood poker games. The game was small stakes with strict limits, couples and total novices were welcome, and we played “dealer’s choice”, developing over the years a list of some 100 variants, some of them really silly. Really serious poker players who had to win to consider the event a success, generally dropped out after one or two months. Much of the game was about learning, sharing, showing, and inventing new games. It was fun, and generally people were happy, win or lose. But everyone sometimes got unhappy if they lost too many times in a row, or lost a large pot by a very close margin. At these points, when tension rose, liking to play became wanting to win. Joy became addiction to the ‘high’ of taking risks and winning big. The nights I liked best were the ones where I came out ahead, but not too far ahead, and not as a result of any one person’s loss. Yet I know there is a gambler in me, someone who wants to win more than he likes to play. When I get stressed, I distract myself with video games (including poker against computer opponents) and I want to win (and get upset when I don’t, even though there is no ‘real’ money involved).

Scientists now say that the chemical reactions in the body when we ‘want’ something (dopamine-based) are different from those when we ‘like’ something (endomorphin and enkephalin based). Why would this be so?

My hypothesis is that this different chemistry evolved to suit different requirements: Our wants take precedence in times of stress or scarcity, while our likes take precedence in times of peace and abundance. When we can “afford” it, we do what we like; the rest of the time, we do what we want. This does make sense in the context of wants being more urgent and closer to needs.

Creatures in the wild, according to some biologists, spend most of their lives in “Now Time” — present, blissful, unaware of the passage or even existence of “Clock Time”. During this time they are happy (that’s in the best interest of the perpetuation of the species) and their lives are seemingly eternal. Their body chemistry in this state is driven by endomorphins (not to be confused with endorphins) and enkephalins, which create a feeling of bliss.

In times of stress or scarcity, however, wild creatures snap into “Clock Time” (the instantaneous time-sensitive state that most humans spend their entire lives in), and hormones are produced to equip the body for fight-or-flight. They are driven then to satisfy immediate needs and wants (safety, food, victory over a predator or enemy etc.), and their body chemistry in this state is driven by dopamine — which immediately flushes the body when a craving for one of these needs or wants is satisfied. Not the same thing as happiness at all. When the crisis has passed, the creature returns quickly to Now Time, and the endomorphins and enkephalins again take charge of the body, seeking happiness.

Except for the few humans who are able to set aside the constant and chronic stressors of modern civilization culture (through meditation or other relaxation/awareness/presence practices), we humans spend all our lives charged up and seeking the satisfaction of our endless needs and wants, the dopamine “rush”. And our industrial civilization culture, which now depends on a constant growth of consumption, encourages this by creating additional “needs” and anxiety about scarcity and inadequacy. We’re never really happy, only temporarily satisfied.

This is part of the reason, I think, that we humans have become so utterly disconnected from Gaia, from the land and place where we live, from all-life-on-Earth. That biophilia connection is a “like” connection, which only few humans, rarely, really feel, so deeply are we buried in the chemistry of unfulfilled needs and wants. Yet our instincts, I think, still “know” and long for this connection, and every once in a while, in those still, peaceful moments of deep relaxation and awareness, we become present, shift into Now Time, and start to resonate with the ancient and delightful chemistry of what we really like, beyond wants and needs.

That is why I believe that the essential preparation for the coming economic, energy and ecological crises, culminating in the collapse of our exhausted civilization, is re-acquiring those essential capacities that will lift us out of the culturally-created illusion that our world is one of endless conflict and scarcity, full of unmet needs and desperate wants, and move us into the real-ization that a better, simpler life is possible, one almost entirely without wants or needs, one where we are free to enjoy what we really like — being in love, being in nature, listening to music, play, learning and helping others, all things that are and have always been free.

Only then can we realize that our civilization culture cannot be reformed to provide what we want and need (in fact its purpose is to create more and greater wants and needs). And by its very design, it will never make us happy.

5 Responses to What We Like vs What We Want