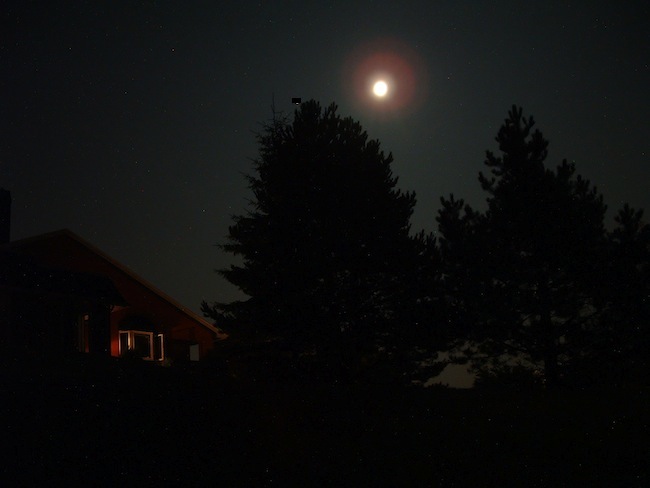 At night, everything changes.

We may try to make daytime hours the time of reason and intellect, but nighttime is always the time of emotion, of the senses, of instinct. Something happens to us when the sun has gone under the horizon. We become different. Our response to music likewise changes. Music that we might not notice in the daytime suddenly strikes a chord with us after dark. Memories shut away in daytime hours come back to haunt us, to remind us of what we once felt, of who we once were and perhaps still are under the masks we wear.

A British group, perhaps sensing this truth about us, has published a series of mixes, compilations of music that transports us at night in ways that it can’t in daylight hours. It’s called Late Night Tales, and there are nearly three dozen compilations published to date, each assembled by a different British rock group or DJ. What interests me about these playlists is how utterly subjective they are, how subject to the influence of what the compiler must have been feeling or doing when they first or most often heard them, how pretentious some of the lyrics and lines sound during the light of day. Although they’ve received critical acclaim, I can’t help thinking the whole process is pretty narcissistic. And that the objective of finding a mix that will resonate as powerfully with others (whose emotional chemistry and memories and experiences are inevitably and utterly different) as it does with the compiler, is essentially futile.

But perhaps that’s because I’m fussy about the music I like, the music that stirs me and moves me and touches me in a way nothing else can. For me, the nocturne is music of the heart, not the head, and is inclined to be etherial, contemplative, rhapsodic. Torch songs. Wistful, sorrowful melodies. Gentle music, though, free of the tension of the day. Letting go music.

Of course, I couldn’t resist doing my own compilation of A Little Night Music. I stuck to the Late Night Tales rules — total length no more than 70 minutes, mix of vocal and instrumental and prose/poetry readings. I started with 104 selections from my library that I thought might qualify, then, listening after midnight, whittled the list down to 35, and then, in the process of putting them into a sequence that (for me) flowed from piece to piece, and had a graceful beginning and ending, reduced it to the 17 pieces shown above. I thought of creating a recording of the set, but (apart of not wanting the copyright police on my case) decided the whole set wouldn’t ‘make sense’ to anyone but me, so I’m content to listen to it, alone, as an iTunes playlist, when I’m working or meditating or walking in the moonlight or the rain, late at night. I’m waiting to see if I get tired of it, if the songs’ incongruence with my memory banks starts to annoy me.

I’d encourage you to put together your own compilation. It’s a great challenge selecting just a dozen or two songs that actually go well together (I have a new appreciation for what skilled DJs do), and putting them in just the right order. And thinking about what your choices tell you about yourself.

So why publish it if it is never going to strike others the way it does you? As I was making my selections, I considered how I first came to hear each one. There is a story to each, and most of the stories are serendipitous. ‘Genius’ match software notwithstanding, my guess is that there are dozens, perhaps hundreds of songs I might have come to love instead of each of the ones in my playlist. So the value of the exercise to others, I think, is to introduce them to unusual pieces of music they have probably never heard and would never hear were it not for their inclusion in such a list. So I’ve put a link to a YouTube or other recording of each selection in the table above in case there’s a discovery there for you. Just click on the track number of any songs you don’t know. There’s no online version of Mutual Admiration Society’s song Reprise but here’s another awesome Chris Thile song in the same mood — It’ll Happen (with Punch Brothers), if you’re looking for a substitute.

And while I am not inspired to listen to anyone’s (even the Late Night Tales) full mix from start to finish (too much like looking at someone’s old photos or home movies), I’m enjoying going through the selections from the published mixes, looking for great new music, and would welcome links to others’ selections.

3 Responses to A Little Night Music